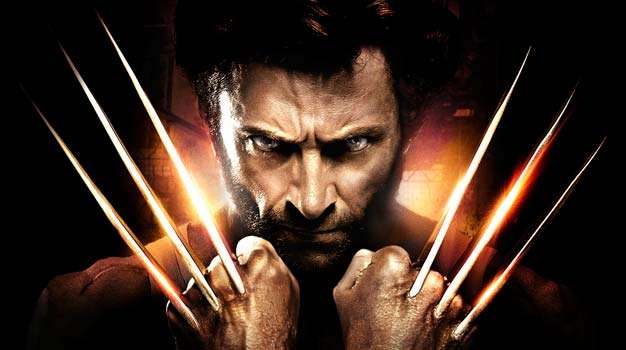 When I was shown into the room where Raven was showing off X-Men Origins: Wolverine, it seems like almost immediately, the first thing we were told was that they wanted to make a Wolverine game. They’d seen how other games treat Wolverine, where his claws are essentially a punch but fancier looking, and they decided that that was crap. This is a guy whose wounds heal ridiculously fast, has claws that burst from the tops of his hands, and screams and kills like a maniac in the comic books. That guy has notably been missing from games he’s allegedly appeared in. Throughout the demonstration, they repeated several times that they wanted to make a Wolverine game, and from what I saw, they may well have done it.

As the title of the game suggests, you assume the role of quite possibly the most popular X-Man of the bunch. Starting out right about the point where Wolverine has adamantium (fictional indestructible metal alloy for you non-nerds that are probably not reading anyway) laced onto his bones by the mysterious Weapon X group. Learning that they plan to kill him, he (controlled by you) bust out in a most violent way, and here’s where we’re introduced to what it means to play a Wolverine game.

Have you played God of War? Did you like it? If so, you’ll probably find some things to like here. The camera operates very similarly, with mostly overhead views of rooms so you can get a good sense of who’s around and trying to kill you. You run around and do slashy combos that are remarkably violent for a Marvel comics game, but it does look very appropriate given the protagonist. We see him do mighty vicious combos and quite a bit of blood smatter, and the game takes the time to slow-mo zoom into really meaty kills that sever limps. He can also go into a rage mode where he does some even more cruel and flashy moves that can damage multiple enemies or zero in on one really unfortunate sap. It’s brutal… it’s damned brutal, and I hadn’t even seen everything. 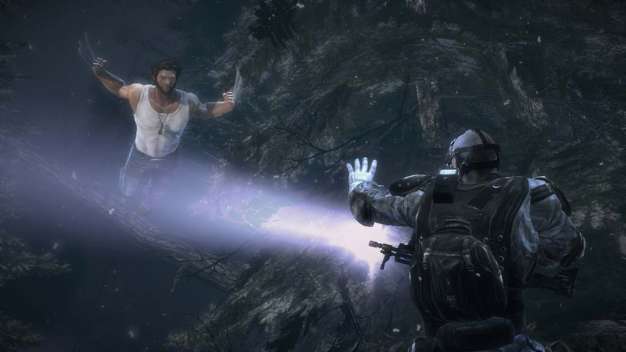 Also part of making a Wolverine game is getting his healing abilities right, and it’s a really really cool effect. Raven designed him with four layers: clothes, skin, muscle, and bone. Depending on how much damage you take, you will see all these layers got cut, shot, and beaten away. The technical aspect wasn’t even explained initially, it was just seen. As our hero escaped the clutches of Weapon X security, bullets were pumped into him and SUBSTANTIAL portions of his flesh started to go missing. I had to double take and ask myself “I’m looking right at his spine and there are gobs of muscle-y flesh surrounding it, aren’t there?” I was, and there were. Of course, after this heated skirmish ended where there was more of their flesh laying around, our hero stopped a moment, and we got to see all that missing body redevelop itself. No, the shirt doesn’t come back, so as a bonus, a really beefy man and his guns are exposed for all to see. If you like his plain white tank tops… you better get really good at this game.

We also got to watch the man take on a Sentinel, and this looked like a mighty epic bout, but I’m hesitant to really say much about it for fear that maybe something just as epic will show up in the upcoming film that’s using the same plot line. It did look like quite a bit of fun, though.

On that note, Raven were adamant about a couple things. First off, while the game does follow the film’s plot, they were very clear that they didn’t want to make a movie game, and that the tie-in was really just a matter of convenience. Basically, it sounds like they don’t want their game written off because movie-games tend to suck. Second, and more important to gameplay elements, they’re doing all they can to avoid quicktime events. They pointed out some rather stylish points and they were stating that all those cool moves are not single button presses, but ask a little more of the player. They do become cinematically-angled and focused on an exceptional task, though. So really they’re now just “events” that don’t follow the standard norms. When I finally got my hands on the game, I got a brief taste of this.

When I grabbed a controller (a 360 controller, for the curious), I was dropped in some jungle. I wasn’t given much context beyond that, but these games don’t tend to be too demanding from narrative standpoints. The main idea is whether or not I feel satisfied after mauling a small posse that’s out to take me down. The short answer is yeah, it is pretty satisfying. After really rough skirmishes, when you stand there, having seen the last guy get his arm hacked off in slow motion, now watching your flesh and bone grow back, you feel like you did something special… you killed a lot of people who were shooting you with many bullets.

My brief time with the game was coming to a close, but I had acquired the “lunge” ability, which enabled me to dive from great distances and with claws pointed straight out straight at a mook’s chest. Actually, I started lunging at pretty much everyone, plunging claws in chests left and right. It was good fun, but I do hope that abusing that one move isn’t going to spell Easy Street through the entire game. Then a helicopter appeared off a nearby cliff, and here is where I experienced the non-quicktime event.

I was told to lunge onto the helicopter. Didn’t need to tell me, that’s exactly what I had in mind and I was pleased to see the game and I were on the same page. Once on the helicopter, I was instructed to press X. Doing so made Wolverine punch the windshield on which he was now standing. It cracks. Press X again. It cracks again. Repeat two more times, presto! From here, I was rewarded with a cutscene that actually made me mutter an expletive to myself. Wolverine grabbed the pilot by the collar of his jumpsuit and pulled him up to his face. He gave him a quick glance, and then shoved his face into the spinning helicopter blades above them, painting blood-red that particular spot on the spinning blades. I’ll say it again… oh shit! 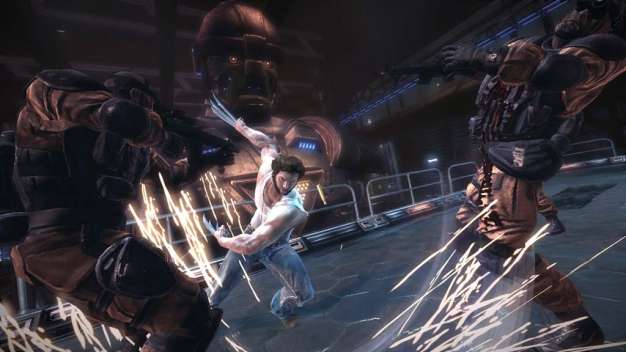 And that’s where my time with the game ended. I had a really good time playing it, and it most certainly does feel like a Wolverine game. HOWEVER, it did feel mighty familiar to the God of War style, even down to the little points you accumulate as you thrash. Though I have to say, the Marvel aesthetic does give it a rather enticing vibe otherwise. It kind of reminds me of that 90’s era of action movies where they were all Die Hard but in different settings. Under Seige was Die Hard on a boat, Passenger 57 was Die Hard on a plane, etc.. This looked like God of War but with claws and mutants instead of flaming swords and Greek gods. Is this a bad thing? Not really, because it’s still fun. It’s the kind of cheap thrills that don’t call for ingenuity or groundbreaking new stylings, but just a really good time, which is often just as hard to achieve. And hey, it’s a Wolverine game… what are you really wanting here?

Expect this one to launch with the movie on May 1 for PlayStation 3, Xbox 360, Wii, DS, PSP, PlayStation 2, and PC. Basically, if you play videogames, you will likely be able to play it. Here’s hoping that’s a good thing.