Tired of your plain old, non-Shiny Pokemon? Longing for a Pokemon with a bit of sparkle to it? Then glory days are coming your way, you temporal, terrible person. Beginning August 30th, the first of three Shiny Legendary Pokemon will be made available to gamers in a distribution event across Game stores in the UK. Legendary Pokemon are already notoriously difficult to capture, so getting extremely rare versions of three of them that SPARKLE is enough to cause Poketrainers the world over to crap their pants.

Each Shiny Legendary will be available one at a time for a period of two weeks. The first Pokemon to get the special treatment will be Dialga, a Steel- and Dragon-type that was featured on the cover of Pokemon Diamond. Gamers will only be able to snag Shiny Dialga from Friday August 30th, 2013 – Thursday September 12th, 2013. Check out its majestic sprite below:

Immediately after Shiny Dialga is ripped away from those Pokemon fans who waited too long to grab it, Shiny Palkia will be ready to download from Friday September 13th, 2013 – Thursday September 26th, 2013. The Water- and Dragon-type Palkia graced the cover of Pokemon Pearl, and is now HOT PINK in Shiny form: 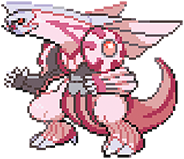 Last but not least, Shiny Giratina can be yours from Friday September 27th, 2013 – Friday October 11th 2013. This Ghost- and Dragon-type Pokemon (best combination EVER) appeared in both Pokémon Diamond and Pokémon Pearl, and is actually quite terrifying: 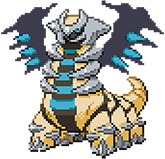 Check out more Pokemon news, including all the latest info on the upcoming Pokemon X and Pokemon Y, here. Hopefully the U.S. will see a similar giveaway at one of our retailers. For now, check out the inferior, non-Shiny Legendary Pokemon below for comparison and get hyped for the SPARKLY GOODNESS. 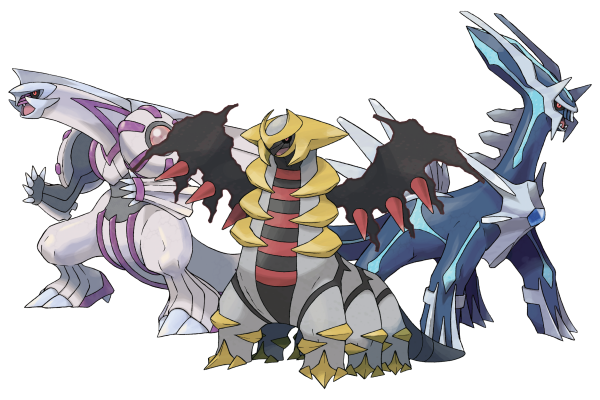