The world of Jotun – a hand-drawn action exploration game from Thunder Lotus – is one of rolling landscapes, frenzied axe-wielding, and Norse mythology. Your protagonist, Thora, is a dead Norse warrior attempting to gain access to Valhalla by proving herself to the Gods and collecting runes from various different worlds throughout the game. This charming adventure guides you through some beautifully hand-drawn worlds to a soothing celestial soundtrack. Then you meet a boss, and the swearing begins. 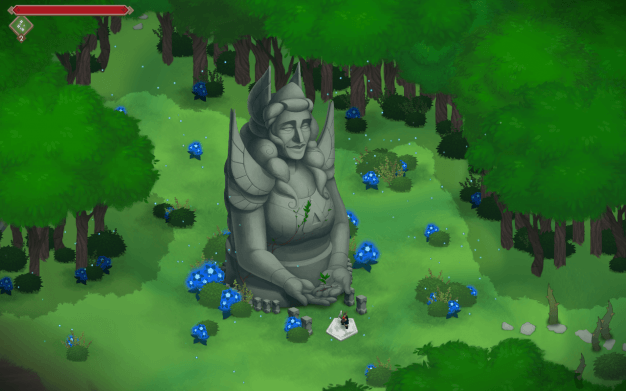 Right from the start, it’s obvious there’s a “work it out as you play” type feel to this game. Objectives, controls, and plot are all fairly vague after you’ve been dropped on a small hill right at the beginning. But you are a warrior, don’t forget, and the discovery of different abilities and working out which plants to avoid are all hazards of the job. So while this immediate confusion around objectives may throw some players who like a guided play experience, the more adventurous of us will enjoy scoping the landscape for the direction we’re supposed to head in, discovering the rules of this world along the way.

Once you figure out the controls, it’s very obvious that they are not designed for play on a laptop. The click for attack and left click to hulk out in full force warrior mode are tricky to maneuver in the heat of battle. Thankfully however, the controls are easy to remap and you can soon tussle with whatever demon-plant-women you can find. 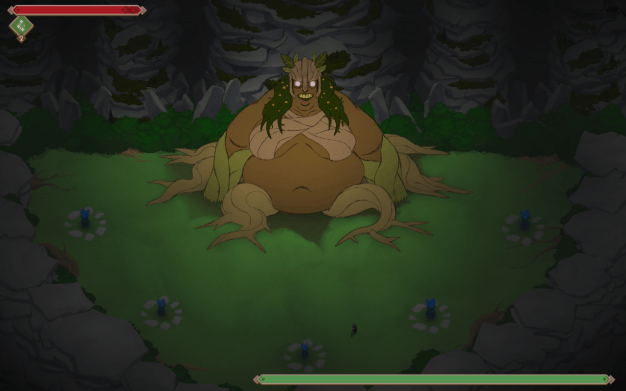 Despite an evolving skill set that’s constantly being adapted by the God statues you meet along your way, and the varied designs of many of the levels, overall gameplay throughout Jotun becomes fairly mechanical and repetitive. Yes, battling against the icy winds of The Nine Rivers in search of runes is a stark contrast to the idyllic image of ethereal woodlands. But in both environments you are coming up against similar enemies for the exactly the same purpose.

Random invisible boundaries enclose the play space which, while understandable and necessary, are frustratingly arbitrary. In a game so devoted to both exploration and design aesthetic, it seems strange to allow the immersive potential to be dragged down by the irritating running-on-the-spot motion while positioned in front of nothing. Details like this detach from the amount that the player is able to engage with a game, and run into other areas of gameplay. 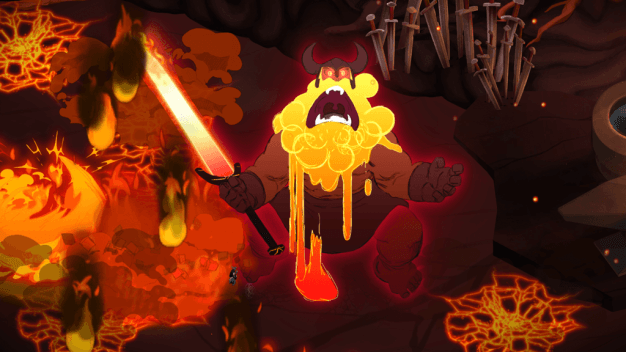 Boss battles however are incredibly fun, and often require a good amount of lateral thinking, skill, and practice to overcome. Generally, bosses themselves are intricately designed to match their surroundings and yet appear formidable. While the first boss is sadly another example of a small detail of gameplay that breaks the immersion that the rest of the game maintains so well (a design flaw appears to allow the protagonist to maintain a position underneath the enemy’s axe-swing and just keep hitting without obtaining any damage). As you explore other worlds, however, bosses become fiendishly complex and the button smashing begins.

The game’s plot manages to be both dazzlingly complex, and yet revealed so sparsely that it feels inanely basic. After the first level you find yourself in a central base which seems to be set in an inter-galactic, spiritual realm from whence the player can access each world as they please and collect runes. This “free” style of gameplay feels fitting with the amount of freedom afforded the player in each individual level. The player can then choose to attack each level when they feel they have the right amount of skill, a feature that keeps the gameplay linear in an essentially player-driven order. However, it does mean that the game is pretty much devoid of storytelling until you reach the final stages. 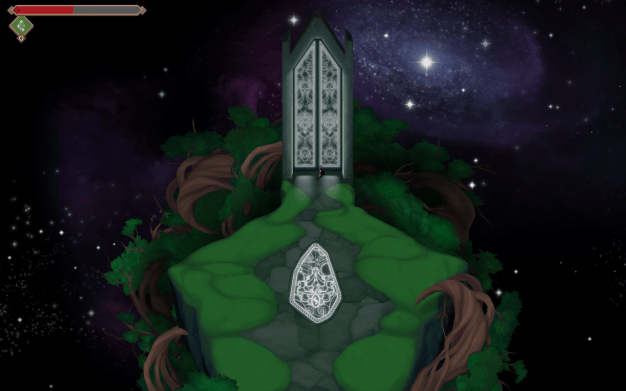 The artwork is clean and visually striking when it needs to be. There are certain levels where the design really shines through and creates a tactile, story-book environment. One level has the player running up and down the branches of a tree, for example, creating an intricate network of beautifully rendered pathways and obstacles before meeting an eagle lovingly sketched into the landscape.

However, there are often times when the hand-drawn design goes unnoticed, because it simply doesn’t stand out as hand-drawn in some of the levels. In basic exploration, the design could just as easily be computer generated. This diminishes the impact of the frame-by-frame animation, but the boss battles bring it back into focus. 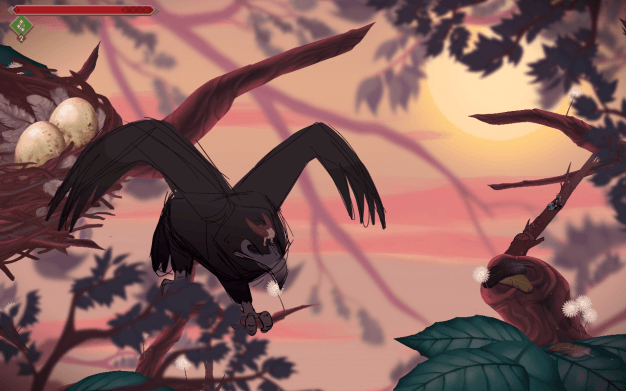 It’s clear that Jotun was a labor of love for Thunder Lotus Games, whose passion for the project shows in each sweeping pan across screen and every majestic swell of music. A unique plot works with a diverse range of levels to provide some challenging boss battles in this sometimes visually stunning work of Norse-inspired art. Often falling at small elements of gameplay that lead to a break down in player engagement holds it back however, and a lack of direction combined with repetitive game mechanics seriously diminish its overall impression. Even though it falls short of Valhalla, Jotun is an interesting first effort for this studio, and I look forward to seeing what they come up with to impress the gods next.

While a visual and auditory delight, actually trying to play Jotun may frustrate even the most foolhardy warrior

With beautifully rendered backdrops, a hypnotising angelic soundtrack, and overall strong premise of story, Jotun was really let down by its repetitive play mechanics and objectives (once you worked out what they were).