Western markets have been waiting with bated breath for the release of the latest game in Sega’s hard-hitting gangland series, Yakuza. Thankfully, as we quickly approach the 3 year anniversary of its release in Japan, Yakuza 5 is finally seeing the light of day in the rest of the world: a release is set for the end of the year as a digital download on the PSN (39.99 USD). Looking at the host of characters who have plunged their sticky mitts into the Japanese underworld, players are in for a bumpy, yet interesting ride. 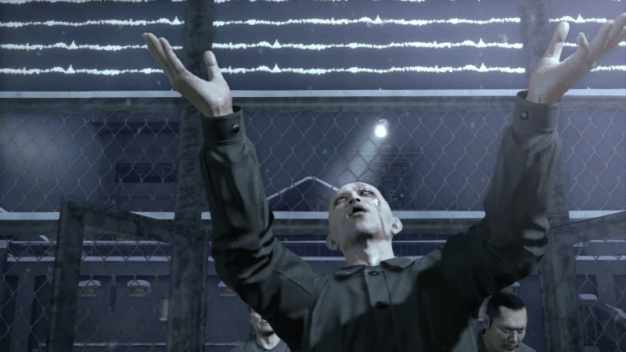 Voldemort? Is that you?

Joining the existing clutch of main characters (spanning a wannabe idol to a gangster-turned-taxi driver) is a host of power-hungry, mad and mischievous individuals, such as the joker pictured above. Hiroshi Kugihara is a disturbed fellow inmate of key character Taiga Saejima, who rules with an iron fist (and by instilling a case of the heebie jeebies in everyone, presumably). Playing as Saejima will task you with enduring the vicious beatings, or perhaps giving the creep a taste of his own medicine… 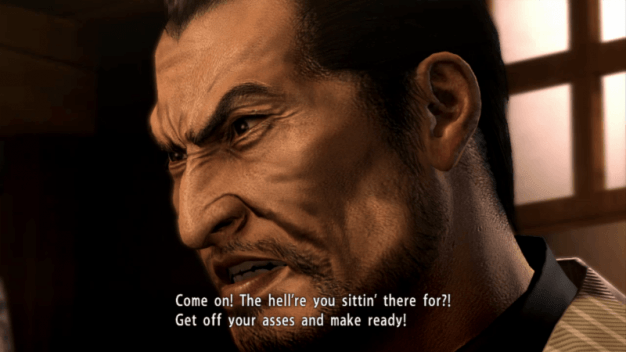 If you’re a fan of warring clans (and by extension, perhaps a fan of Sleeping Dogs), the storyline featuring Masaru Watase may appeal to you. Mr Watase is a mean, glory-hungry chief within the Omi Alliance, who has his eyes set firmly on the prize: leadership, spoils and, crucially, control. He’d step on his own grandmother to achieve his goals, which is more than can be said for the poncy Sun On Yee in SD (family this and family that, pffft!). Seize the opportunity to square up with this fine Sir, and see which of you comes out swinging. 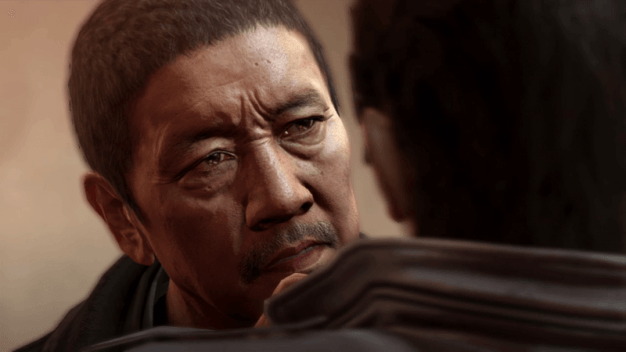 A “guardian angel” type character may seem like an odd addition to a game based on gangs, but the Osaka Detective is no chirpy Navi or Rosalina. He pops up now and again in all 5 protagonists’ storylines to point you in the right direction. It remains to be seen whether this is the case, but it may help to tie all of the various strands together into a neat little package. Are we even sure that we can trust this shady character? In the world of Yakuza, perhaps no-one is to be truly trusted. A further advisor within the game is Sosuke Komaki, Kazuma Kiryu’s personal trainer and pouty Final Fantasy protagonist clone. 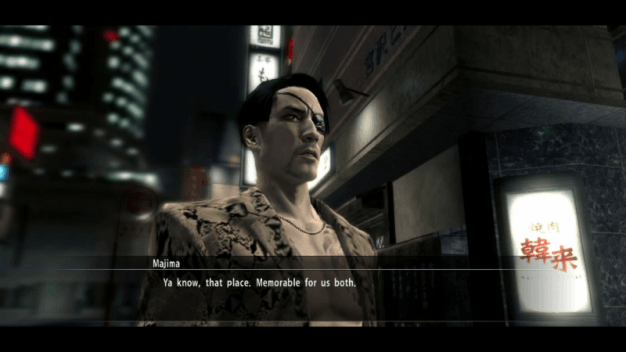 Yakuza 5 also sees the return of some old acquaintances. Goro Majima bears all the hallmarks of a sociopath with a hidden heart: prone to violence but with a strong need to honor his friends and family. As with all Mafia-esque gaming experiences, loyalties towards blood and blood brothers, alongside distrust towards the unknown and rival gangs, promise to be heavily tested. The intricacies of gang warfare will be laid bare in the game, which is building anticipation for Yakuza 5‘s worldwide release.

If you wish to a see a little bit more concerning the build and feel of the game, a gameplay video helmed by the localisation and public relations representatives over at Sega America may give you a good idea of what awaits us. As of yet, a firm release date for Yakuza 5 is unavailable (31st December is stated on the PS Store, but it is unknown whether this is just a rough estimate, what with this being the final day of Q4 2015). Until a more exact announcement is made, we have plenty to indicate that a big slice of beat-em-up goodness will arrive on our table at some point in the near future.

About the author: Charlotte Cutts

Charlotte Cutts is a 23 year old research/teaching assistant living in Hamburg, Germany. She finished a BA in Jurisprudence with Law Studies in Europe at the University of Oxford, moving on to the...  Read more...