I have a long-term, non-exclusive relationship with the Street Fighter franchise. Instead of preparing myself for the onslaught that would be adult life, I spent my formative years playing these games. When maturity came crashing down hard upon my head, all the “parry punishes” and “custom combos” in the world couldn’t help me with the realities of being an adult. 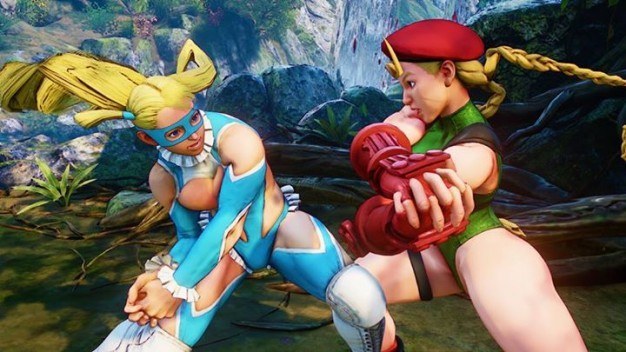 Still, I spent solid time honing my skills with my gang of digital divas, including Rose, Sakura, Juri and Poison. These skills have proven useless to me in becoming an upstanding member of society, but have helped me remain an upstanding figure in a one-on-one digital fight (well, sometimes) So I approach the long-awaited Street Fighter V with passion and aplomb, for I regret nothing.

The first thing that becomes immediately apparent is that the cash cow Capcom executives are counting on for the next decade is absolutely the most basic, stripped down version of the Street Fighter franchise in a long-time, from both a content standpoint and within the game’s dynamics. Street Fighter V aims to give both veterans and newcomers a fair shake of the fightstick, adding more leniency to combo timing and a simpler approach to meter management. This makes the game, dare I say, “easier” to play, which may infuriate the FGC elitist (of which there are many) but it also provides a more accessible system for the intermediates and rookies. 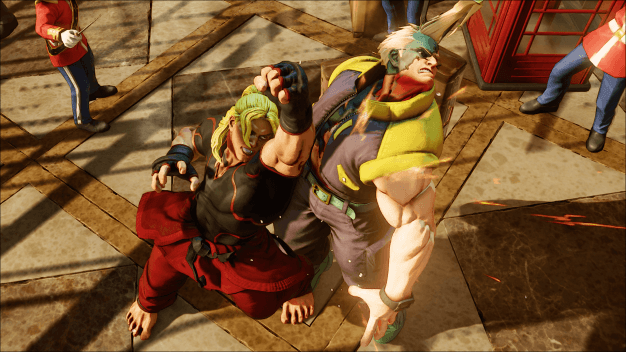 The game is fast and frantic, with rounds defined by a hard, pulse-pounding pace, similar to the Alpha games. Close-quarters brawling seems far more prevalent than the full-screen projectile wars of yore. This streamlined fighting style takes some adjustment to those used to the careful plotted, sometimes infuriating, 1-frame links and FADC combos of USFIV, but at least allows for a larger contingent of eager newcomers to “git gud.”

SFV has one of the more interesting launch rosters to date, a collection of brand-name regulars such as Ryu, Chun-Li and Zangief square up against returning cult favourites like Nash, Birdie and Karin and a handful of all-new warriors, including the vicious monster Necalli and fun-loving Jiu-Jitsu gal Laura. It’s too early to piss and moan about balances, but everyone so far feels fair game in what is a solid day one roster. With a whole host of fighters lined up for addition down the line (let’s go, Juri), SFV has the potential for a truly varied and colorful compendium of fighters as the game evolves and expands. 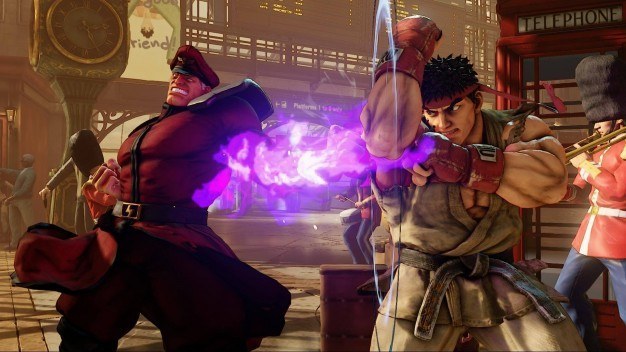 The visuals and audio components of the game are a real mixed bag. The game features some richly colored and delightful character models who move with grace and fluidity courtesy of SFV’s quality animation. The stages designed for the brawlin’ action are global venues, which have intricate detail and nice environmental effects, but are populated by strange-looking characters that look poor and unfinished.

The game’s questionable “story mode” however is terrible, badly acted and perpetuated with cutscene artwork which is, frankly, shit. The game’s soundtrack is serviceable but, aside for from some recognizable character theme remixes, is fairly generic. It’s just not quite as indestructabo as previous entries’ blood-pumping OST’s. 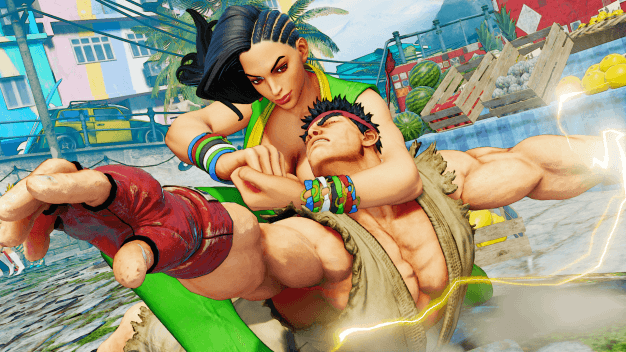 The elephant in the room for SFV has been the lack of Single Player content. SFV has the aforementioned story mode which runs scant minutes, a Survival mode and a Training mode. There is no other offline content. This has become a violent sticking point for some people.

Capcom have said that more content is on the way, such as an expanded story mode (and today rumblings were made that they are looking into adding an Arcade mode). But many people believe that Capcom has pulled a fast one with this release, which was rushed to release in order to be eligible for EVO and the Pro-league. This is a difficult and subjective matter. 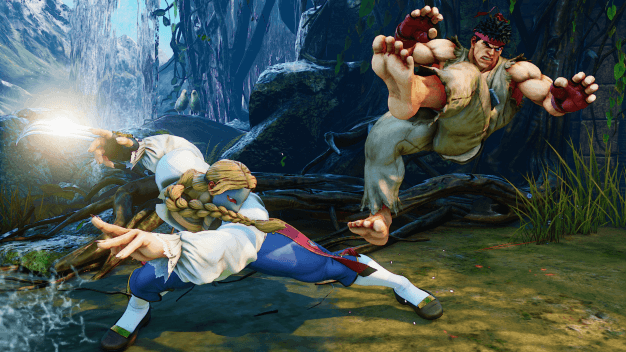 I personally bought SFV to train myself and to fight others, both online and face-to-face. This is all I want from the game and, as it is a great fighting game, I have gotten my monies worth. This is a sentiment that has been concurred by many other fight fans worldwide.

However, players less interested in competitive fighting consider the game a waste of money and feel that Capcom has short-changed them. Unfortunately, I have also seen people verbally insulting others who are enjoying the game, claiming that they’re “part of the problem.” It’s baffling to me to vilify anyone who is having fun playing video games with their friends. To me, that’s part of the problem. 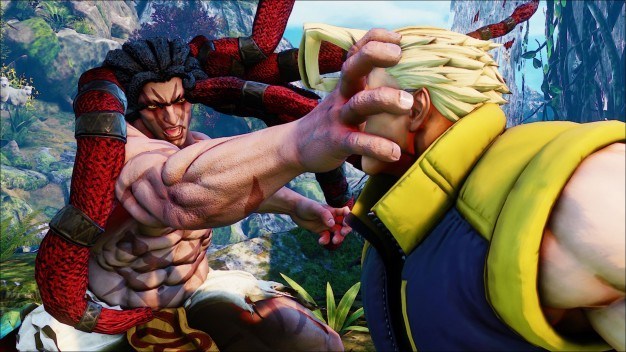 Necalli. Because what’s a SF game without a glowing-demon-dude?

Personal opinion aside, I’m objectively stating that it may not be a wise purchase for anyone who isn’t specifically interested in playing SFV in order to fight other players, be it online, on the couch, or out at tournaments. There is very little here for the single player experience. As for those who love fighting games purely for the struggle of training, the satisfaction of improvement, and the will to fight human opposition, well, there’s little point in me recommending this to you, because you’ve bought it already, right?

More understandable are people’s frustrations of week one servers, which have been giving some players grief. This is a very unfortunate trend that has become commonplace with seemingly every big PC release lately. Capcom have stated they are working on a fix. I personally haven’t had much trouble with the online modes, though I do think fights take way too long to start. It has, however, been a nightmare for others, who have been struggling with connections. This appears to be a fairly common issue, so take it into consideration, hopefully things will settle down before too long. 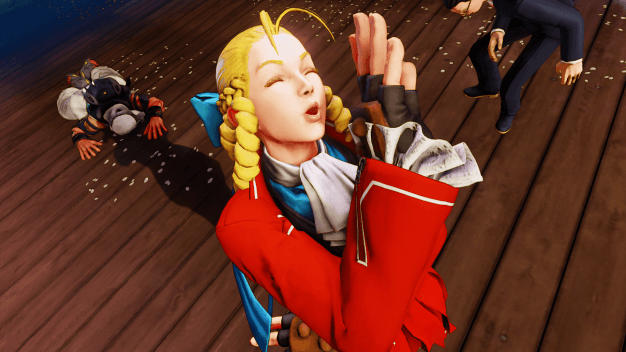 In Street Fighter V, Capcom have delivered a luscious looking, great playing and mechanically sound fighting game. As it has been released as an evolving platform, it will be interesting to see how things change as the years roll by. These games (and their players) change and evolve so much, but as it stands here and now, Street Fighter V is an absolute blast. I wholeheartedly recommend it to fight fans old and new. Just pick someone you like the look of and jump in the ring. Take it from an aging veteran, there’s still nothing to compare to the thrill of the fight.

– Servers currently struggling
– Story Mode is awful in every way
– Where’s that Rose at?

About the author: Chris Moyse

Having played videogames since the mid 80's, two facts become instantly apparent: Chris is arguably as important to the industry as Dragon's Lair, and is also old enough to get into bars without...  Read more...