Horror at its finest. That’s what Layers of Fear, the single-player, first-person psychological horror game from Bloober Team, comes down to. You play as a painter slowly diving into madness as he struggles to create his first masterpiece. Unfortunately for you, the creative mind is a terrifying place, and we get a front-row seat to witness  everything we knew about reality unwind.

I started my game off the right way, by calling my save space “BadIdea” because it was entirely a bad idea for me to be playing this game. I quickly realized this once I was able to explore a creepy Victorian house, including hauntingly operatic vocals in the background. The visuals and the sounds work together to create a sense of dread, even when you’re just opening and closing drawers. 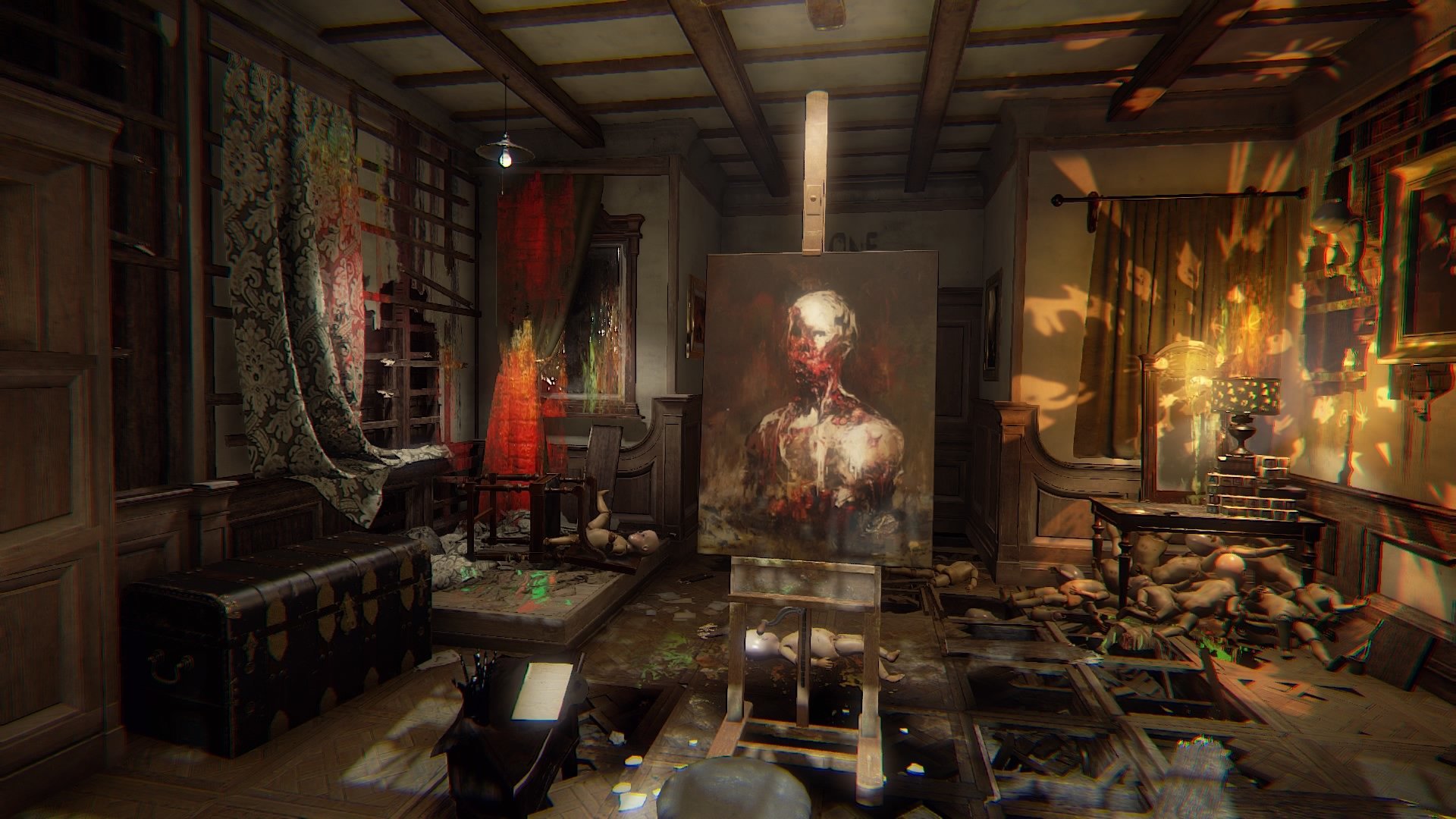 Layers of Fear starts off with a quote from The Picture of Dorian Grey by Oscar Wilde, fitting considering both the atmosphere and general premise of the game—mad painter grows madder. It also bore a similar resemblance to the Silent Hill PT, not that I ever had the balls to play PT (but I did watch enough people play through it online). All I can say is, I probably should have started smaller and tamer in trying to get comfortable with the horror gaming industry. I regret every decision from this point onward. 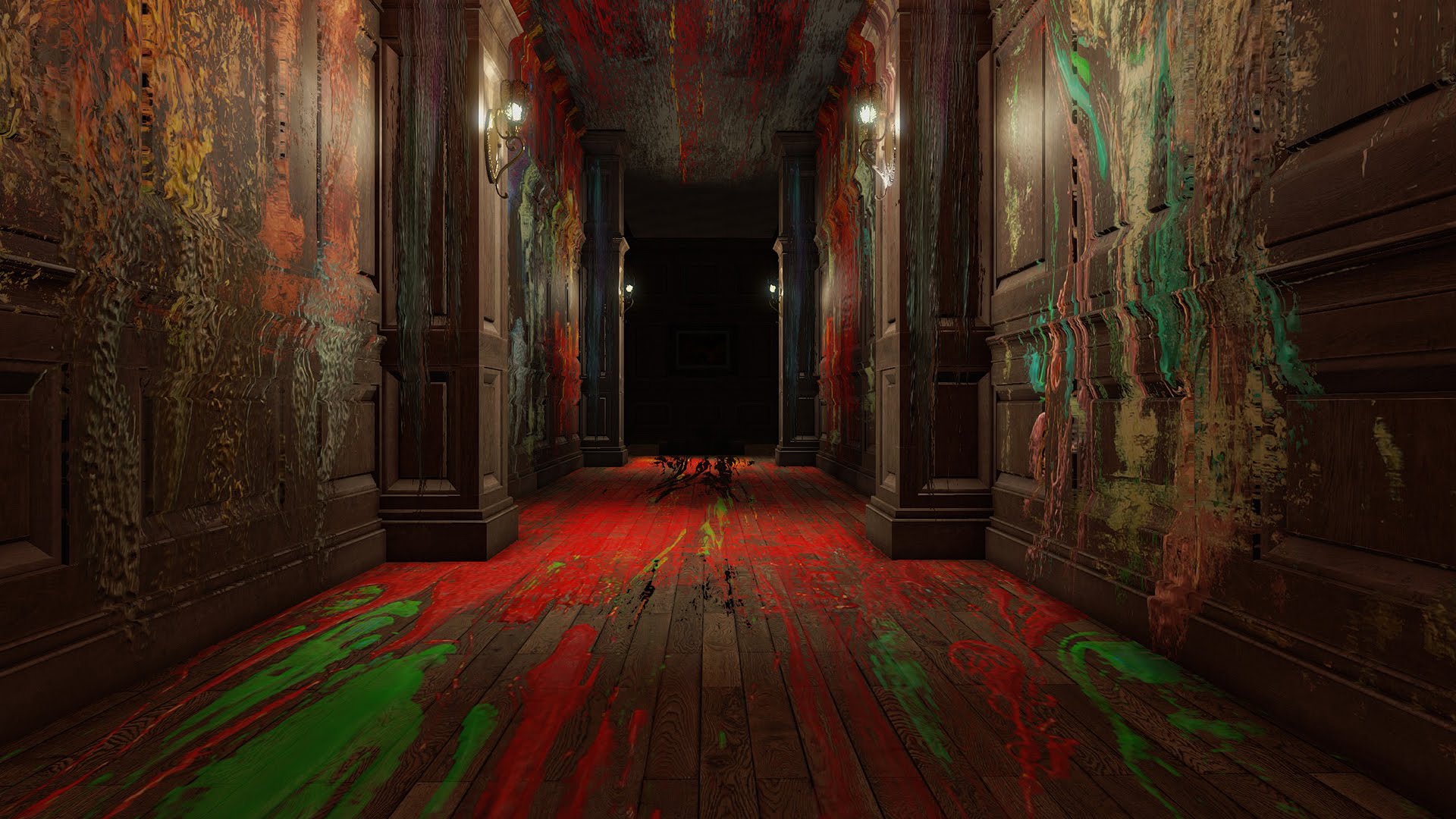 I played on a Mac, though the game is also available on PS4 and X1. It is more likely my computer/internet connection, but the game did lag at points, and I found it difficult to control my pointer while exploring. There is a cool feature where you have to grab hold of an object (most likely a door or drawer) with a click, and then drag your finger across the trackpad to literally open said object. I’m curious to see how well this will work with a controller. It added a level of interaction that heightened my fear  when open something, as opposed to clicking and it magically opening on its own.

Though, things did that, too. 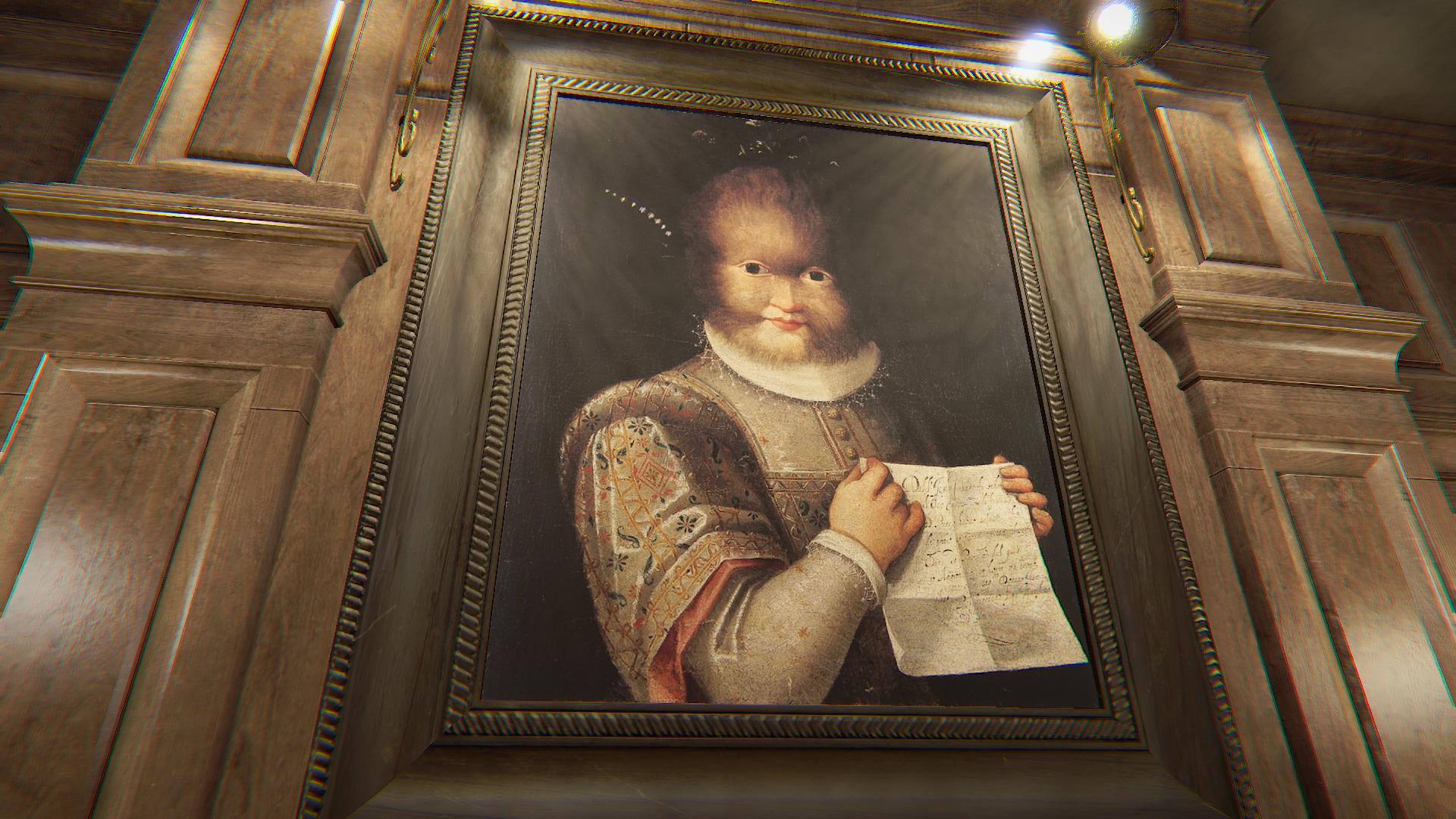 One of the creepiest things in this damn house was this damn painting.

While playing, I felt like I was trapped in some twisted limbo. As soon as you walk through a door, it closes and, many times, locks. When you’re finally able to go back through the same door, you’re in a different part of the house. By the end of it, I wasn’t sure where in the house I actually was, but I knew bad things were going to happen when the room turned from light and warm, to dark and sinister. I never thought I’d be so frightened by apples falling from the ceiling as when I happened upon the kitchen (through a door that didn’t lead there before, I might add). 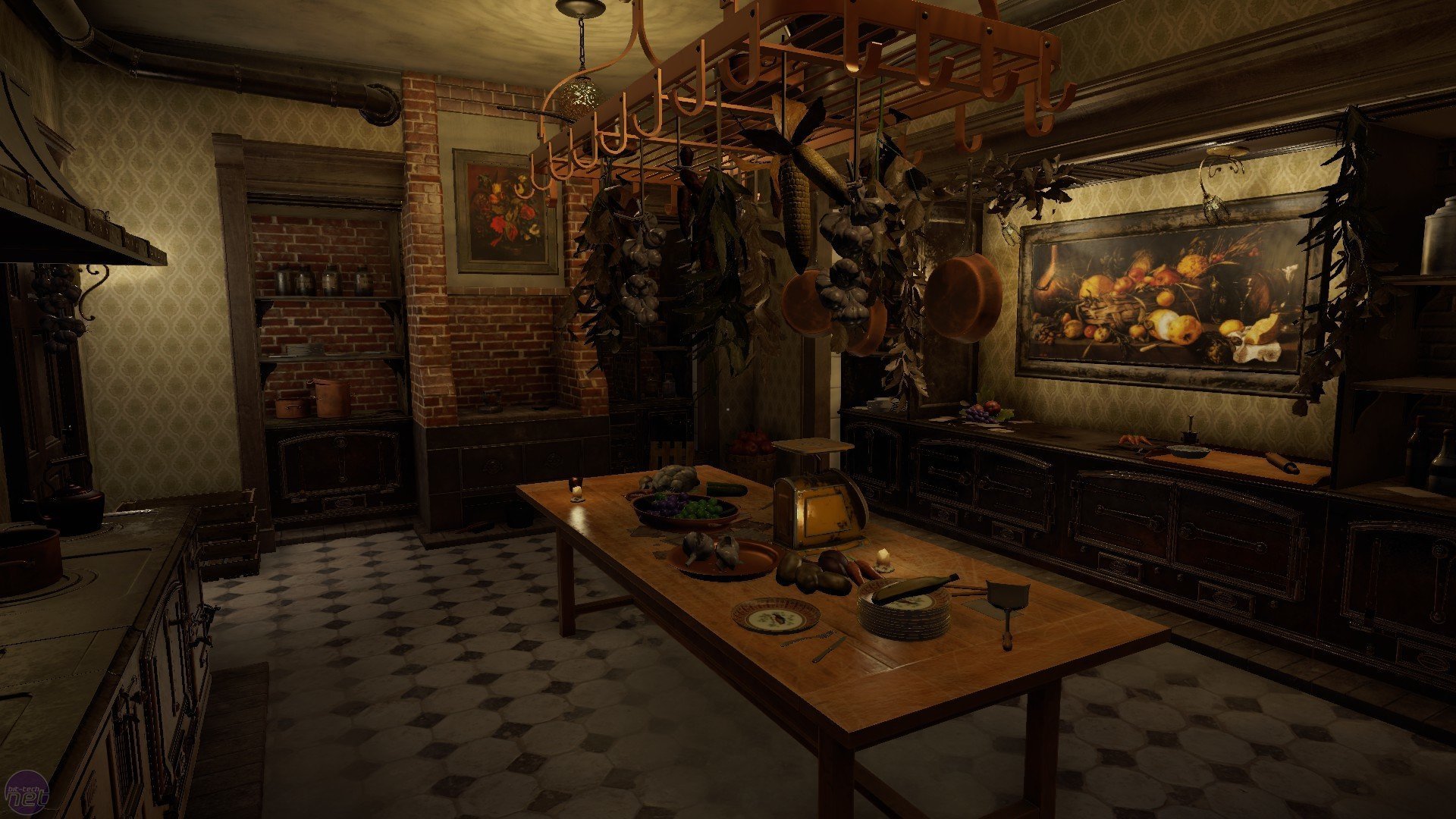 There were times when I felt the game might be too dark, in the literal sense. It was hard to see where I was going, and I stumbled along the wall hoping to find a way out—or a way forward. Horror games are supposed to be dark, and I know that, but it reached a point where it became more frustrating than fearsome. 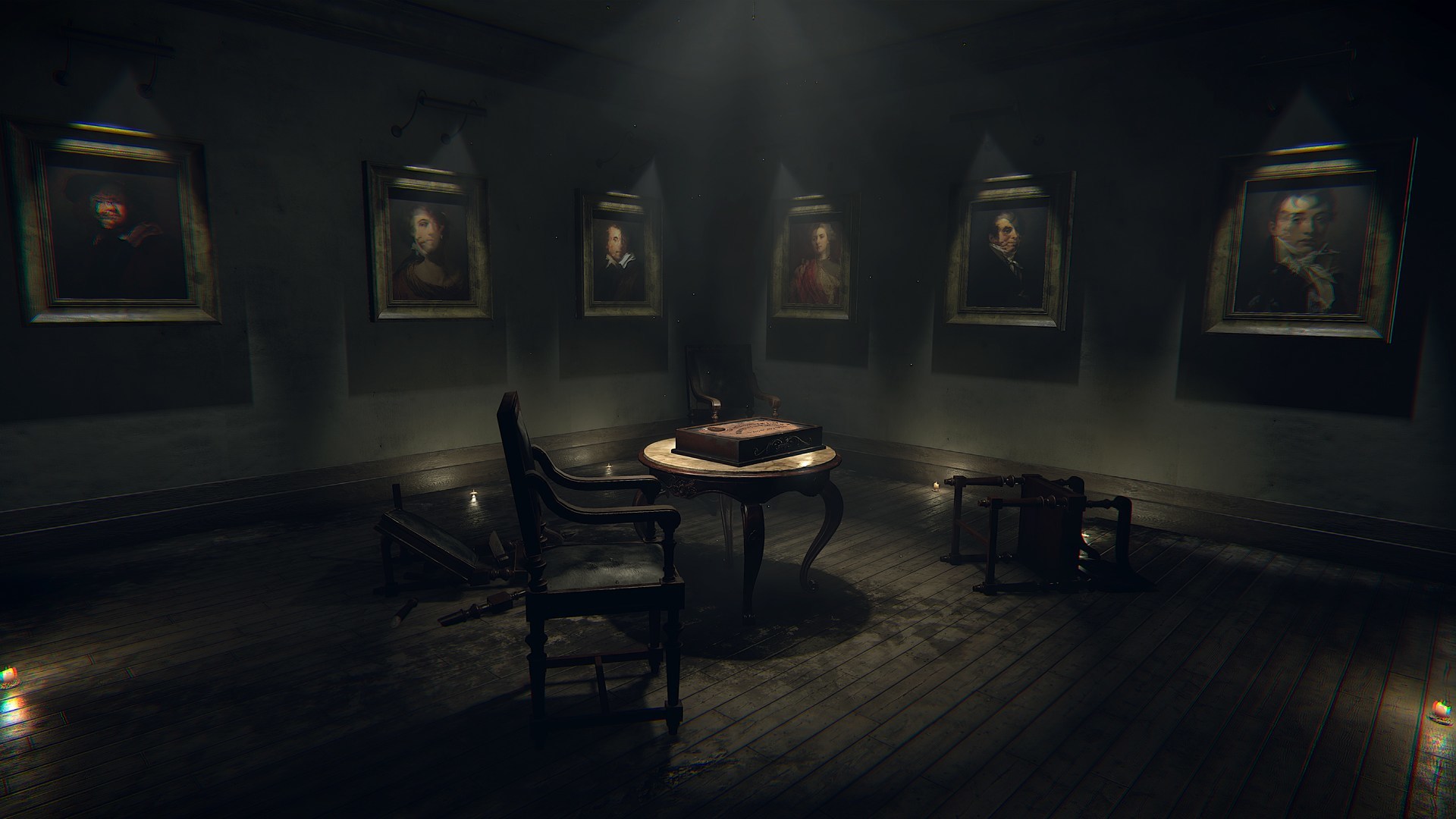 All-in-all, Layers of Fear is a great horror game. It doesn’t have a ton of action, focusing more on exploration. You can’t necessarily get hurt or die, but you might want to. Looking back, the scares were scary in the moment—as they tend to be—but after letting the game sit, they don’t seem as frightening as they could be; more in the vein of “jump scares” if I were to liken it to a movie. But the stunning environments and haunting music, along with the house’s distressingly fluid floor plan, make for a truly terrifying work of gothic horror.

Bonus? I now have an absolutely horrific children’s book in my possession, put together by the Bloober team. This is not one I think I’ll be able to read for bedtime with my future child. But—hey—it’s pretty awesome in it and of itself, and features some of the painter’s artwork you might stumble upon while playing. Like a bloody and gruesome version of Little Red Riding Hood. Okay, so maybe I won’t be able to read that one to my kid.

A descent into maddness