Developed by Game Swing and published by Curve Digital, Stikbold! A Dodgeball Adventure was released in April for the PS4, XBox One and PC. This game is exactly what it claims to be… a dodgeball game. Like me, you may have wondered what a dodgeball game would look like and how it would play. I’m here to tell you, wonder no more! With both a story mode and quick match option, you can jump right into your dodgeball adventure with a friend playing as characters Björn and Jerome.

The story mode is quick to complete, offering three levels of difficulty – Casual, Professional, and All-Star. There are a total of 12 stages, punctuated by an animated cutscene between each of them. Stretching the single player experience even further are three separate “mini goals,” which range from asking you to revive a teammate, defeat the opposing team, catch an opponent’s powerball, etc. The goals get a bit humorous. You might be tasked with having to knock activists overboard with a jellyfish, throw beehives at people, or push a hippie in front of a moving van. 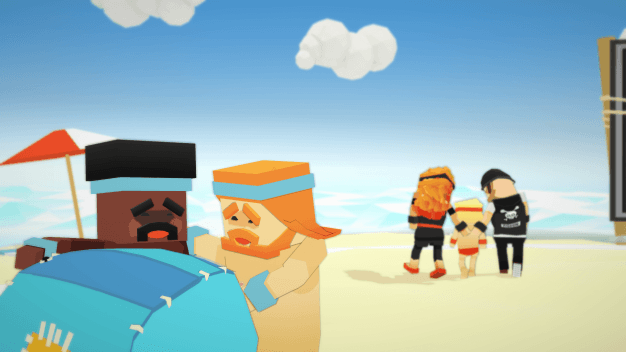 Stickbold! has a distinctly 70’s feel to it, with avatars rocking facial hair + sweatband combos to rival Ritchie Tenenbaum. The warm, slightly over saturated color palette and blocky Minecraft-inspired art style drive home the retro feel. Starting out, the game will do a warm-up round to help you learn the simple controls. Throughout the game, you will learn some other controls, such as throwing a powerball or a curving longshot, or dodging a throw from the opposing team. Timing is very important for some of the moves, such as catching a ball or dodging a throw. Keep an eye on your teammate though… If they get knocked out, you need to help them get back up! When fighting against opponents, the first team to reach 3 wins would be declared the winners. The simpleness of the game matched with the bright colors and funky music made it an enjoyable way to spend an evening. 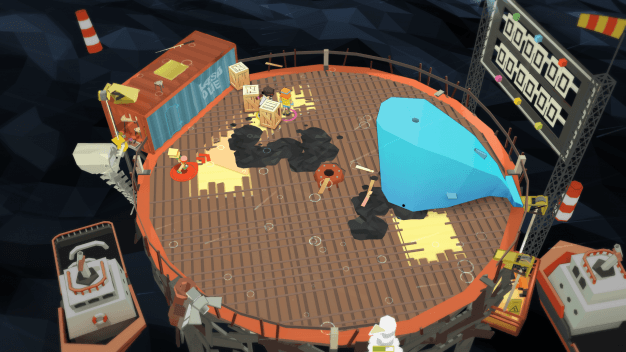 The cutscenes will describe a series of events starting when your opponents (who were the previous year’s winners) are kidnapped by Satan. You will track down the devil and encounter several other opponents along the way. A select few boss fights were some of the most enjoyable parts of the game, including fighting against “Moby Whale” and Satan himself. While the cutscenes were relatively short and seemed a bit fun, the overall story itself was forgettable and not extremely relative to the gameplay. When I played, I remember thinking how this could be an enjoyable party game. The greatest sense of victory I felt was knocking an opponent down with a hard “THUMP!” 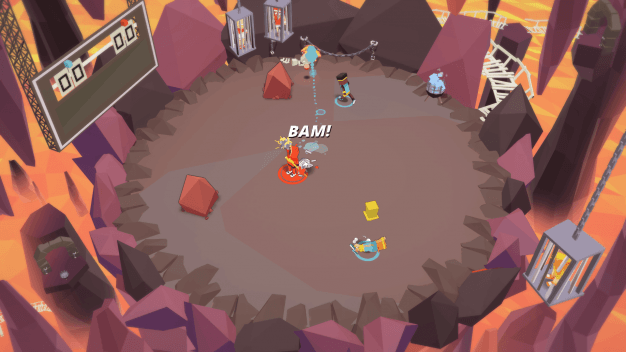 While I enjoyed sitting back and playing a game that wasn’t too deep,  Stickbold! has erred on the side of too shallow; I probably completed the game’s 12 stages within a couple hours with a friend. It was a little silly, with its “Honey Hippies” and “Beach Bikers,” but enjoyable despite its brevity. Overall, this game may be one that kids would find more entertaining than adults, but you can kick back with a friend to kill some time and you’ll have more fun than playing with the CPU.
This review is based on a retail copy of the game provided by the publisher.

Despite it’s funky art and wacky story, Stikbold! proves that dodgeball is ultimately more exciting in real life. This could be a fun game to fire up at a party, as it is simple and silly, but that’s it.