Now that we’ve ripped that very enticing bandaid off – there’s a brand new trailer for Persona 5 and there’s lots of new content to see!

Naturally you’ll want to check out the video for yourself, but here’s an overview of some of the new content, interesting points from the trailer and some sweet screenshots:

We now have a full party lineup of eight characters. The trailer focuses on two new girls in particular, one who appears to be the new support character, taking a similar role to that of Misturu and Fuuka in Persona 3 and Teddie and Rise in Persona 4. Another girl with a French (?) theme appears to be another battle party member who uses both swords and guns. 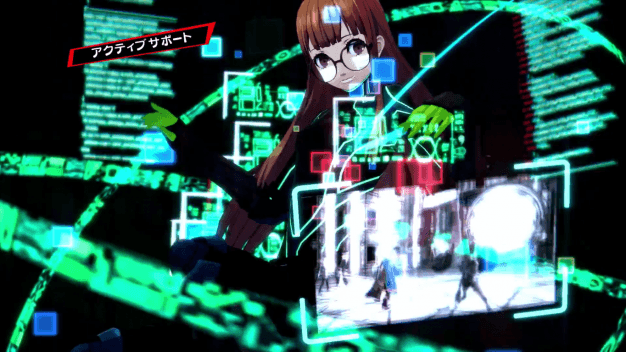 Gonna hack into those enemy weaknesses for you

If this party member is our support party member, it’s currently unknown (or at least in Japanese that I can’t read) how this will affect her abilities and how she can support the party in battle.

There is now a really, really badass battle victory animation that’s best viewed in the trailer rather than captured in a screenshot. However, we can capture the spectacular, bursting rainbow of colours being used in almost every frame of the trailer. Many of these cool animations showcased in dungeon segments of the trailers could just be directed, small-time animations that otherwise don’t show up in the game, though I hope that each dungeon is a constantly moving, fantastical tapestry. 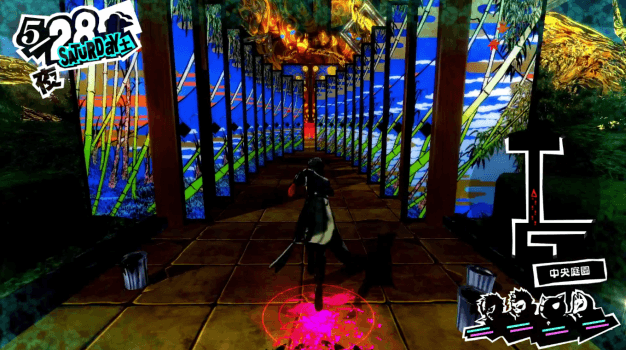 It looks like in addition to the dungeons, we now also have mini-maps in the overworld, which for someone who easily gets lost or disoriented in games like myself is a godsend. Also I just really like simple, easily decipherable mini-maps in games like those in Bravely Default, for example. 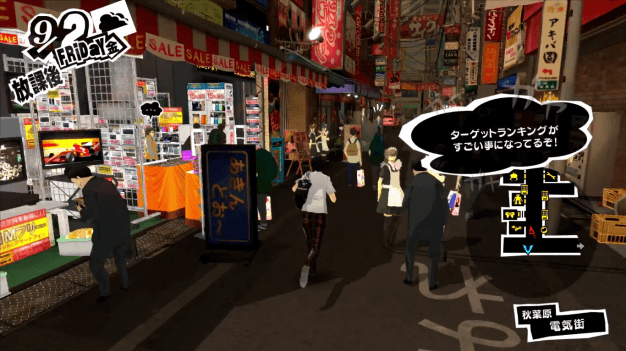 We get an even better look at the Velvet Room twins, Caroline and Justine. They appear to be little sadists. Compared to Elizabeth, Theodore, Margaret and Marie, players may find that reassuring or problematic. 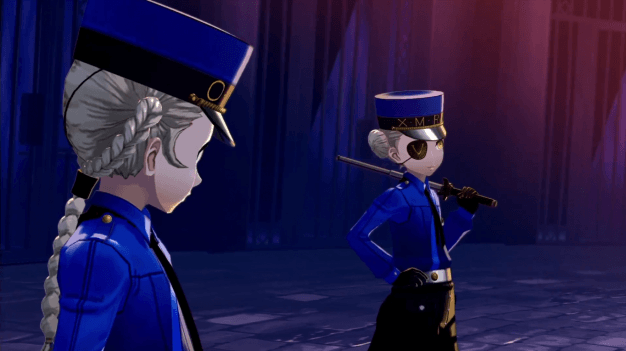 Small children have never been problematic in videogames

Finally, right at the end after the release date, we’re shown a special edition that may or may not ever be seen outside of Japan. It includes not one, but five soundtrack CDs (one for each Persona instalment, presumably due to the 20th anniversary coming up). A little internet digging also reveals that there are DLC for Persona skins and character uniforms, including Persona 4 Yasogami High uniforms (complete with popped collar for the main character). 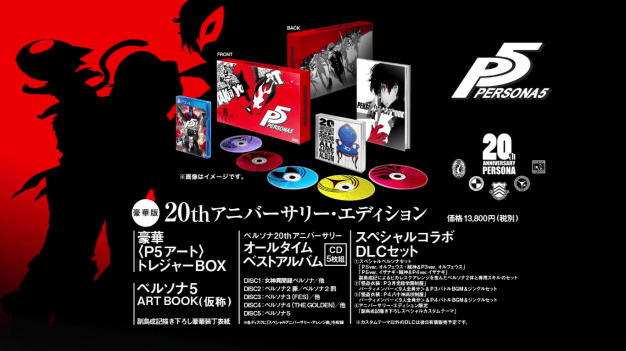 We all want what we maybe can’t have

If you’re like me, you’re so pumped you don’t even know what to do with yourself. Here’s hoping for a worldwide release in September. If not, I’d settle for an Australian release date that isn’t six months after the rest of the English-speaking world. Much obliged, Atlus!