Tweet Pin It
In March, developer Free Live Games released Broforce for the PS4. This high octane game found its way into my gaming life and sucked me into hours of adrenaline-fueled play. With a style reminiscent of old NES days but a solid game in its own right, Broforce is a colorful rollercoaster of chaos and destruction. 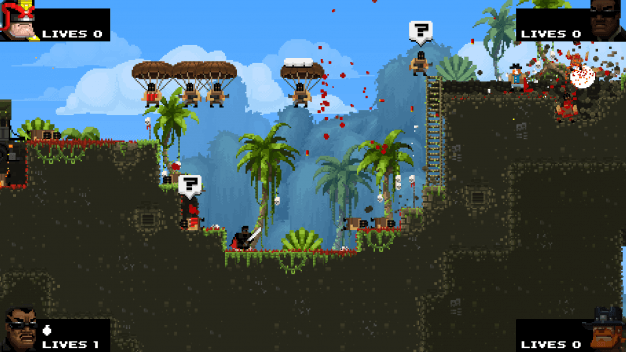 OH YEAH! Playable for up to 4 co-op players, this side-scrolling shooter is sure to catch your attention right off the bat. You will rescue hostages, blast through enemies, and fight some badass bosses. Death comes swiftly and frequently, but don’t despair… in death you become another random bro! Picking up hostages will also re-roll your bro. Each character has different abilities and weapons (some being better than others). Rockets, explosives, and rapid fire guns are just one bro away. And you will fight some AWESOME enemies. Some of the baddest rivals were acid-spitting xenomorphs reminiscent of the aliens in the Alien series. 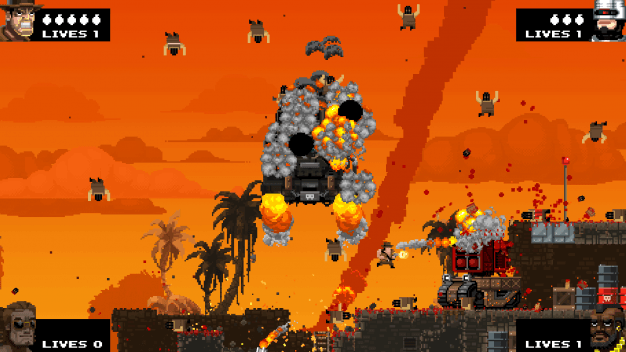 All of the bros are nods to classic movie or television badasses; Rambro, Brobocop, Broheart, and Mr. Anderbro, to name a few. Unlocking new bros was so exciting and made for many laughs when you figured out which character they represented. And the satisfaction was palpable when I could be killing aliens as the “bro”, Ellen Ripbro. 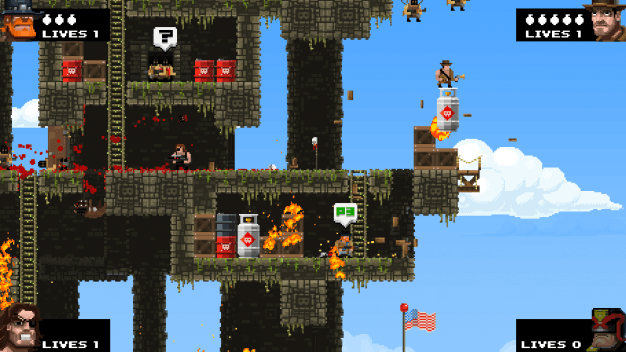 With fully destructible environments that crumble away and enemies that leave puddles of pixelated blood, your primary mission for each level is simple … get to the chopper! The levels became progressively more difficult, and I must say that I died a LOT. The controls were straightforward and not difficult to learn. Shooting your way through each testosterone soaked level will result in total chaos, especially if you’re playing with friends. 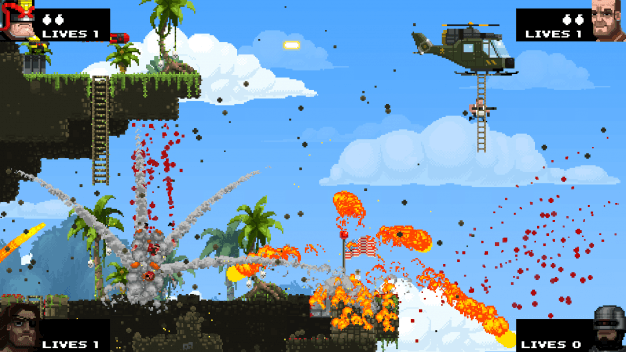 The main downside I experienced was when you progressed towards the end of the game and there were countless enemies and projectiles to avoid, the game did tend to lag with all the on-screen activity. This issue aside, I would absolutely recommend you check this one out. While I can’t say that once you beat it you’ll have much of a desire to play again, the unique nature of the game is most definitely worth the money.

– Lags with a lot of on-screen activity