Naughty Dog’s Uncharted is one of those game series that I would file under “Must Play”. With action and adventure around every corner, I can’t believe I didn’t start playing this series sooner. While I was unfamiliar with all of the characters and their previous adventures, this ended being a solid game that you needed no previous character knowledge for (although, it may be more enjoyable if you do know some of their histories!). Anticipating the powerhouse combination of Nolan North and Troy Baker, combined with the finale of this beloved character’s adventures, I pre-ordered my copy and spent long hours combing through the wilderness doing some impossible parkour. Right off the bat, Uncharted 4: A Thief’s End had reiterated for me what gaming SHOULD be about. 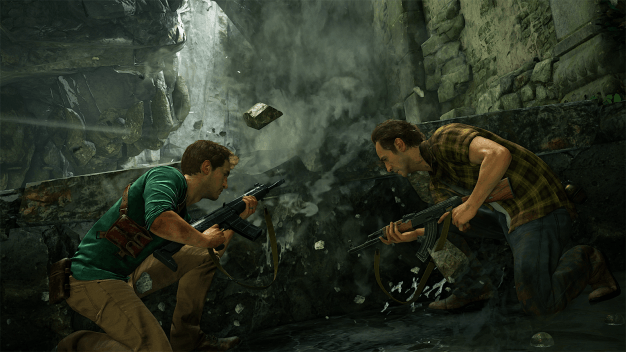 The structure of the game was seemingly linear, with 22 chapters and a Prologue and Epilogue. Throwing you right into the action at the start, the chapters will weave between Nate’s past and present. You will learn more about his childhood, and what drives him into his life as a treasure-hunting adventurer. I appreciated the history offered in the childhood flashbacks, as they really round out the overall story.

Playing as Nathan Drake, you’re doing your best to live a life of normalcy with Elena after giving up dangerous treasure hunting ways from the past. However, the desire Nate feels for the adventurous life he used to live is strong. With his brother Sam reappearing in his life (who as far as Nate knew was dead), combined with the offer of one last potentially lucrative adventure, Nate sets off with Sam. While his intentions were initially more inclined to help save his brother’s life from a tough situation he’s in, they quickly evolved into more than that. You can feel the draw Nate feels towards treasure hunting. The excitement is in the air, it’s palpable. And it leaves Nate unintentionally hurting people close to him over old desires from the past and a lifestyle he just can’t let go. 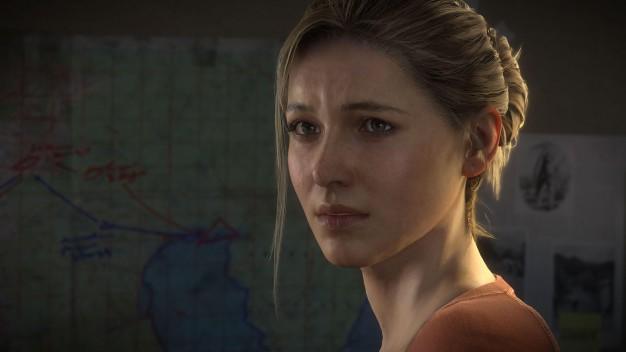 The story of Uncharted 4 is in itself beautifully crafted, but the game is so much more than that. When I say this is what gaming SHOULD be about, this is what I mean: My favorite stories are the ones that move you to feel emotionally invested in and connected to their characters. They leave you caring for and thinking about these characters long after you’re done playing. Games that are so visually appealing, pristine works of art that seamlessly combine cutscenes with gameplay, that make all of these exotic places a treasure hunter travels to look so incredibly REAL.

The graphics and attention to detail in this game are incomparable to any other game I have played. The harmonious transition of your character moving from a confined area indoors, climbing out to a rickety ledge, and having the camera slowly pan out and expose the utter beauty of trees and old buildings is just breathtaking. The sunlight perfectly highlights everything on the horizon. Birds swoop past the sky and fly out of sight, making you feel a true sense of internal wonder, as if you really have this whole world to explore right in front of you. The combination of smooth transition cutscenes and gameplay is just amazing. This game defines the highest quality of videogames, and gives me hope that this is what the future of gaming looks like. 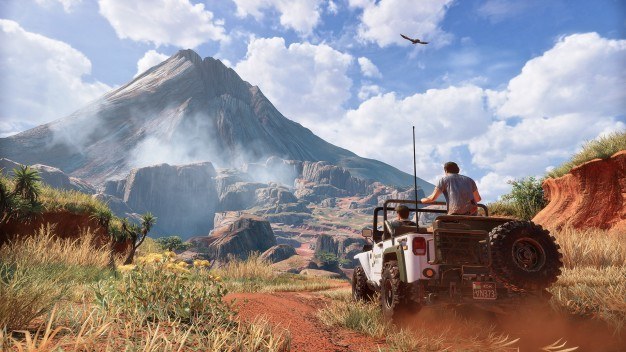 Control-wise, Uncharted 4 was easy to pick up. The only thing I was having a hard time with was the reload button not being the traditional button that I’m used to in other games. You have the same controls you remember from previous Uncharted games, such as ducking behind objects, with a few new ones. Uncharted 4 introduces the use of a grappling hook, using ropes to swing to safety.

There were of course times of user-error, where I would cause my character’s death by slow response times or completely releasing my grip off a rock cliff, inciting my companion to scream at their loss from my death (NATHAAAAAN!!! NOOOO!!!). Enemies are taggable, you can sneak around them and attack at opportune moments, and you often have a companion following you around (ie: Sam, Elena, or Sully). The gameplay itself was nearly flawless… I only had a few instances of trouble with the game bugging out in different circumstances, but the time I spent in game was overall fairly free of issues.

Once you complete the game, you can obviously play it again. With several difficulty levels to choose from, along with returning to find treasures or journal entries you missed, the replayability is high if you’re like me and want to collect all the treasures and trophies possible! If you find no desire to play story mode after completion though, multiplayer mode offers further adventures and excitement.

In multiplayer mode, you can choose your character and upgrade weapons. You can choose between Online Matches and Private Matches. Online matches will offer several options such as Team Deathmatch, Command (where you capture zones to earn points), Plunder (where you bring an Idol back to your base), and Ranked Team Deathmatch (aka multiplayer for hardcore, experienced players). Playing online makes for exciting cooperative moments with your team, upgrading weapons, and other fun options. There is definitely life in multiplayer after completing the story mode! 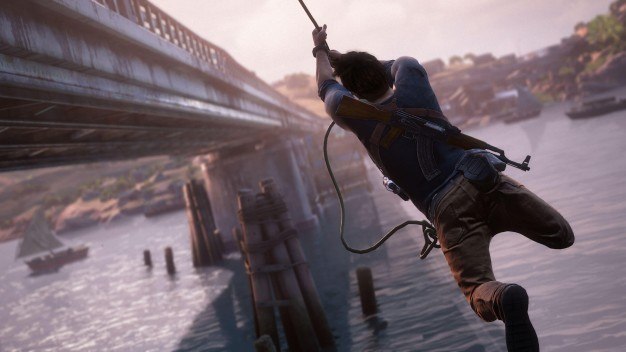 I noticed towards the end of the game, the cutscenes seemed to outweigh the gameplay. To me, wrapping up the adventure seemed a bit rushed in the sense that they just wanted to show me what was going to happen vs. giving me free will to explore or have any kind of objective. I was expecting that I would need to make a lot of quick high stakes decisions towards the end, but just felt like I was watching a movie. With this being the last game of the series, I can appreciate that they wanted to wrap things up their own way. I would just personally have opted for a more balanced ending.

Having heard some criticism over the fact that Nathan has never mentioned a brother in past Uncharted games, many people are wondering why are we just now finding out about his brother, Sam? Honestly, I appreciate where this storyline went. I LOVE the secrecy… the surprise in discovering that this character you know so much about is hiding something so close to his heart that it just wasn’t shared with players in the past. There must be extreme difficulties keeping games like this running for so long while holding the attention of the audience, and the discovery of Nathan having a brother is to me, a perfect addition to guide this final adventure. 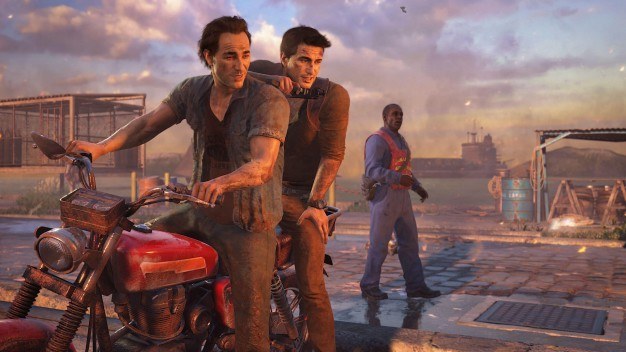 You really have to appreciate all of the attention to detail in a game like this. All in all, I highly recommend Uncharted 4: A Thief’s End to anyone looking for the highest quality of games full of puzzles and adventure. It had everything I look for in a game, and so much more. From treasures to Jeep riding, extreme parkour, and experiences on the sea. From the childhood struggles of Nate and Sam as orphans, from emotional highs and stresses on relationships with the people closest to Nate, from moments of pure happiness and camaraderie, to moments of utter loneliness and hardship that stresses every ounce of your character to the brink of what he can handle emotionally and physically. Uncharted 4: A Thief’s End is a magnificent finale in Nathan Drake’s  professional and personal journey.