The nostalgia-tinged days of childhood were a time filled with a wonder that painted the mundane as mysterious and the unusual as outright terrifying. Little Nightmares promises to immerse players back into this world of both whimsy and worry with its digital release for PlayStation 4, Xbox One, and PC in the Spring of 2017. 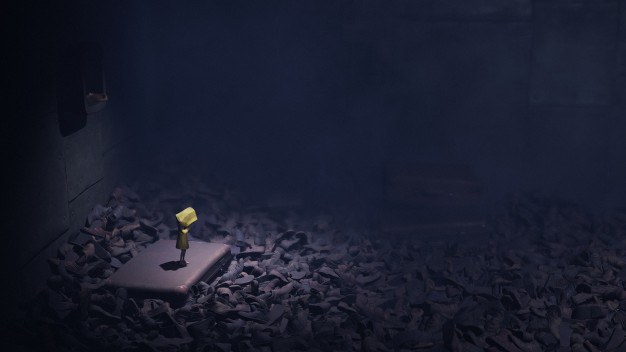 Bandai Namco and Tarsier Studios‘ “suspense-adventure” title centers around Six, whose yellow raincoat shines in contrast to the dark world of the vessel known as the Maw. As Six, players must venture from the bottom of the Maw in The Hull up to The Above, overcoming confrontations with a cast of corrupted beings along the way.

Little Nightmares’ ominous world and obscene creatures will pair with a strong soundtrack and interactive story line to build a creepy experience that will remind players of the feeling of fear in the face of an overwhelming and mysterious world.

Experience Little Nightmares early at Gamescom this year, or find more information at the game’s website.