Demons Age is an homage to the old school style RPG from Bigmoon Entertainment. This RPG appears to draw heavily from the classics like Baldur’s Gate while mixing in the tactical strategy of a game like King’s Bounty. And the story is a nice bit of Tolkien with a side of Diablo and topped with some Path of Exile. If you are studio who is trying to get your name out there, I would definitely be following the formulae of success, no matter what form.

To give you a heads up, this is an pre-release build of the game – Bigmoon is busy working on the title for a potential September launch.

After launching the game, I sat through the opening story montage that laid out the story for me (see Tolkien, Deckard Cain), and then started a new game. When I play these types of RPGs, I personally love playing a rogue (as well as in Dungeons & Dragons), but after clicking through the character selection screen, I thought for this preview I would go with a ranger. Mind you, the character selection screen did not allow me to roll a new character, which was a bit disappointing – hopefully they will incorporate this in the release build! So I decided on my elf ranger by the name of Silvana, a prisoner (like all the other selectable characters) on a ship headed to a nearby penal colony. 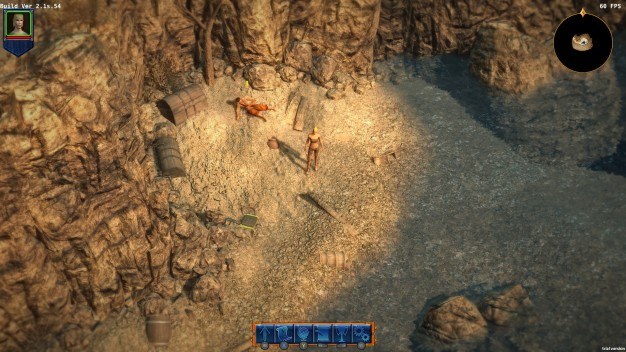 Washed ashore with nothing but this empty feeling.

Of course, the ship crashes due to inclement weather and you begin your journey free upon a nearby shore. I immediately toggled the inventory screen to see my character’s equipment, and then moved over to my character sheet to figure out my stats and get an in depth look at my proficiencies. Demons Age does a great job explaining everything while you wander about these screens, but you’ll have to mind the misspellings and grammar inconsistencies, much like this site (I depend on copy edit just as much as the next guy). I spent a decent amount of time checking everything out before head back to the task at hand… getting some decent armor and figuring out what the heck is going on. 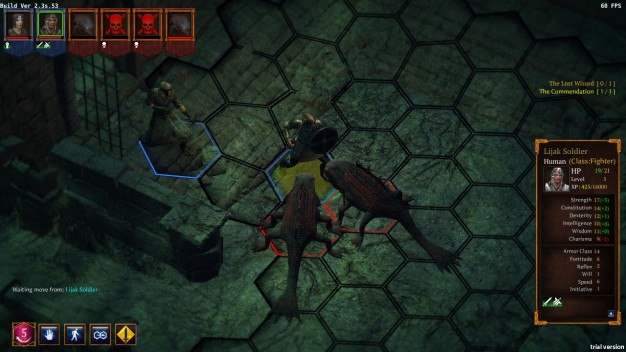 These guys weren’t messing around.

As I searched around the shore looting boxes and chests for gold and other goodies, I came upon some enemies. The game immediately sets up a hexagonal board that fills the area you are in and now you will enter turn-based combat against your foe. The encounters work to where your character has so many actions per turn which affect your ability to fight, use skills, cast spells, and move depending on which order you perform them in and how many action point they take to perform. This particular encounter will point out the basics of combat, but any seasoned RPG or D&D player will pick them up easily. 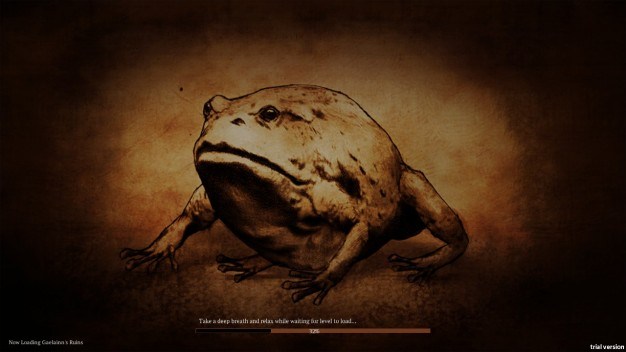 Relax. This guy is definitely relaxing.

You’ll quickly find yourself helping out some folks in need, and you head straight to the sewers in order to do so. A fighter joined my ranks, and our small party trudged around in the decrepit sewers searching for a lost mage. After some time and a few enemy encounters, we found our mage friend. He joined the party and we were off again. With the mage I got a taste of casting spells, which I found to be very rewarding (MAGIC MISSILE!!!). We ended up taking out the boss of the sewers, and emerged in a world that looked rife for exploring. 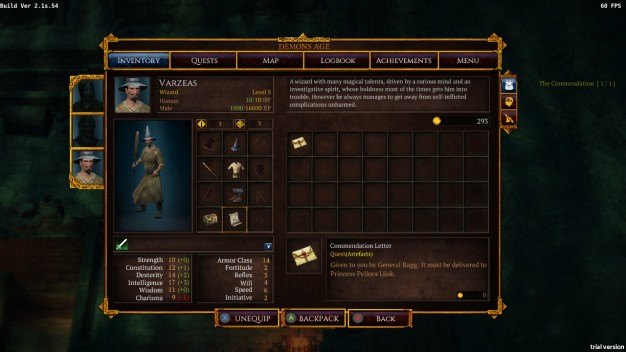 Our beloved mage didn’t have much on him.

The tavern outside the sewers was equipped with more explorers ready to join my party for coin. I traded some useless trinkets for coin and picked up some armor, and set off. What happened next… we’ll save for the review. We’ll keep an eye on the launch of Demons Age, and hopefully they can work out the few bugs and misspellings along the way.

Demons Age is slated for release in September 2016 on PC, PlayStation 4, and Xbox One.