Last time I wrote a piece about Rocket League, a brand-spanking new update was on its way, promising vehicular mayhem in the form of a new battle-with-power-up style game mode, entitled Rumble. This was pretty exciting for me, as a Rocket League fan boy; it was so exciting, in fact, that I completely missed the additional features that this update was set to bring. The point I’m trying to get to here is that the Rumble update is out now, folks, and with it comes a massive range of extra goodies for you to sink your teeth into. Let’s get cracking, shall we?

First up is the game-mode itself, Rumble. Adding to the arena a broad range of whacky power-ups, this mode is essentially bringing even more chaos to an already chaotic game, by including abilities such as freezing the ball mid-air or switching places with a member of the opposition in otherwise ordinary online and private split-screen matches. Here is the complete list, if you missed my previous post:

Great. Even more things for me to be useless at.

But wait, there’s more! This update also brings with it a host of changes to the car customisation feature of the game. Players are now able to trade cosmetic items with one another via the party system, with the exception of DLC items (obviously); this is a surprisingly neat addition, in my opinion, particularly if you’ve had your eye on a friend’s topper for a while. It is also – sadly – only available for Steam and PS4 players.

In addition, your vehicle is now customisable “per team,” so to speak: toppers, rims, and all the rest can now be assigned separately to either blue or orange, so that you can show off a different set of cosmetics depending on which team you are on. The lovely folks at Psyonix have even expanded the colour palettes for each team, just so you can confuse your teammates further still with highly ambiguous colours on your car.

As if this wasn’t enough, you are now also able to save up to ten vehicle “presets,” for easy access to your favourite configurations; no more rushing about trying to remember which rocket trail really matched the magenta and turquoise monstrosity you call your own. There’s even a “randomise” option for the more unimaginative Rocket League players out there.

And last, but not least, is the inclusion of an option to edit both the team name and colour when creating a private match. Gone are the days of bland, uninspiring teams; welcome to the age of obscene titles and even more obscene colour combinations. 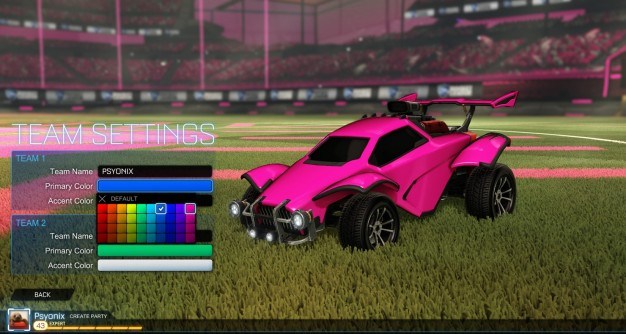 “Surely, the list must end there!” I hear you scream. Nope. I had an inkling of what was to come the last time I wrote about this upcoming update, and sure enough, my suspicions were confirmed today: Rocket League has gone all CounterStrike on us and introduced Loot Crates. These require Keys to open, which can be purchased on the built-in store page, and fear not: the proceeds from this system are (supposedly) being put toward any future competitive events that Rocket League inspires.

With the addition of this new system comes a whole host of new cosmetic items, tiered based on rarity; more to the point, however, we’re also being treated to 4 “import” vehicles, all of which are essentially reskinned versions of currently available cars (with unaltered stats, you’ll be pleased to hear). Oh, and there are also 2 new permutations of existing maps, as well as a new Rocket Labs entry, Octagon. 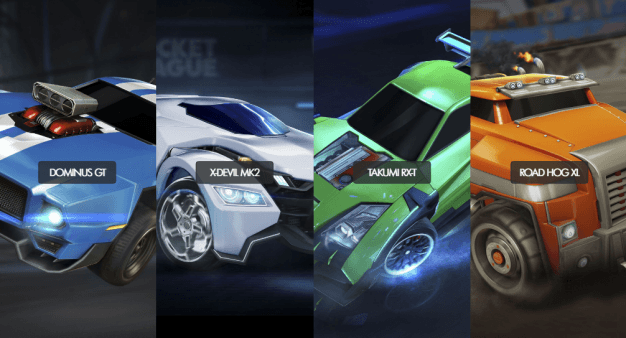 I think that about covers it. For more info, check out the official page here, but in the mean time, don’t forget to drop your jaw accordingly, because this is a monstrous update that is certainly going to leave me bankrupt for a long time to come.