Way back during the hype of Fallout 4 last year, Bethesda broke new ground by enabling mods on the Xbox One version of the game. Then earlier this year Bethesda carried over that same mod support to the Xbox One version of the Skyrim remaster. Now if you are a PS4 owner, such as myself, you might be scratching your head wondering where the heck your mods are. Well, the answer to that is tied to the policy Sony has for its PSN content and with the nature of mods themselves. 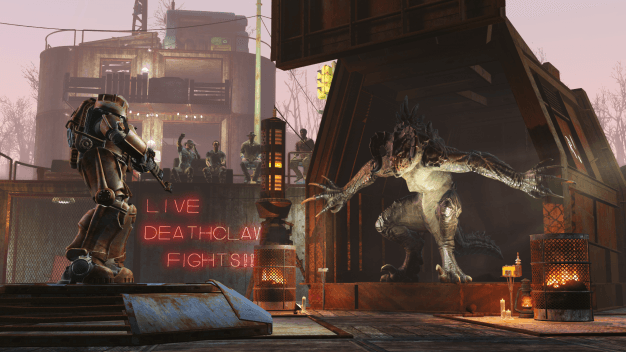 If you’ve ever seen the PC versions of Fallout or Elder Scrolls then you would know that mods can give the games an insane amount of replayablity to the already staggering amount in the retail release. You can add new missions, new classes, turn enemies into Macho Man Randy Savage, the possibilities are only limited to the creativity. And right about here is where Sony has a problem.

Bethesda stated that they have been trying for a long time now to get the mods onto the PS4, but Sony “will not approve user mods the way they should work: where users can do anything they want.” It would seem that Sony would like to place some restrictions on the more…unsavory mods that are floating around out there. Considering there are mods that are against Sony’s brand, such as the myriad of mods that are pornographic in nature, it isn’t entirely unreasonable for them to ask for more restriction.

Bethesda has stated that they haven’t given up hope on PS4 mods just yet, saying “we consider this an important initiative and we hope to find other ways user mods can be available for our PlayStation audience.” In order for these mods to appear on the PS4 a compromise will have to be met with both sides, but it does inspire hope to hear that Bethesda isn’t letting the PS4 mods slip away so easily.