PS4 users rejoice, as a new update to the highly popular Beginning Hour demo of Resident Evil 7 has been released. The demo’s update is named “Twilight” and honestly after watching it, it raises more questions than solves them. But hey, that’s the point, right? Get the players so mind-blowingly confused and wanting to know more that they purchase the title. Sorry Xboxers but you will have to wait for the new update and there’s no set date as to when it will be released, but check out some playthroughs. 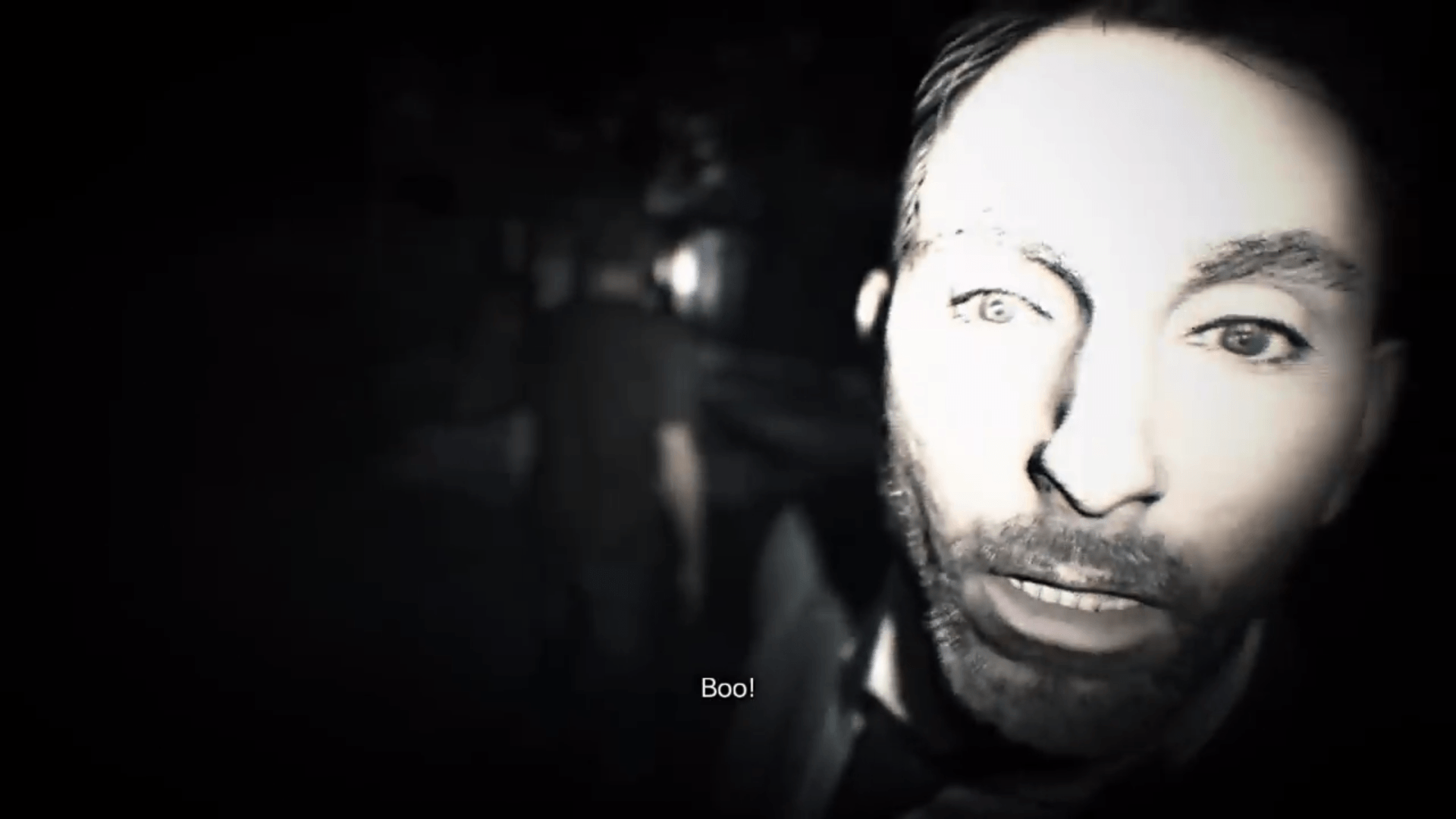 Now, let’s gloss over what happens in the original demo to get everybody up to speed. You play as the cameraman Clancy and you’re filming with your team, Andre the producer and Pete the show host. Some creepy happenings go down and you end up finding Andre’s bloodied and presumably dead body in the basement before being attacked by Jack Baker. Later on, you wake up and search around the house for weapons, clues, and a way to get out of the farmhouse. There are multiple endings, yet every time is some variant of Jack Baker punching you in the face while saying, “Welcome to the family son”.

The Twilight update features many small details that you might miss if you aren’t vigilant, thorough, and on the lookout. It’ll probably take a couple tries before you discover all the new parts to explore. Some notable details include an expanded attic with some hidden objects, a bed, and a locked skylight. There’s also different dialogue when answering the phone call, and you find a celluloid object which turns out to be a dummy’s hand. 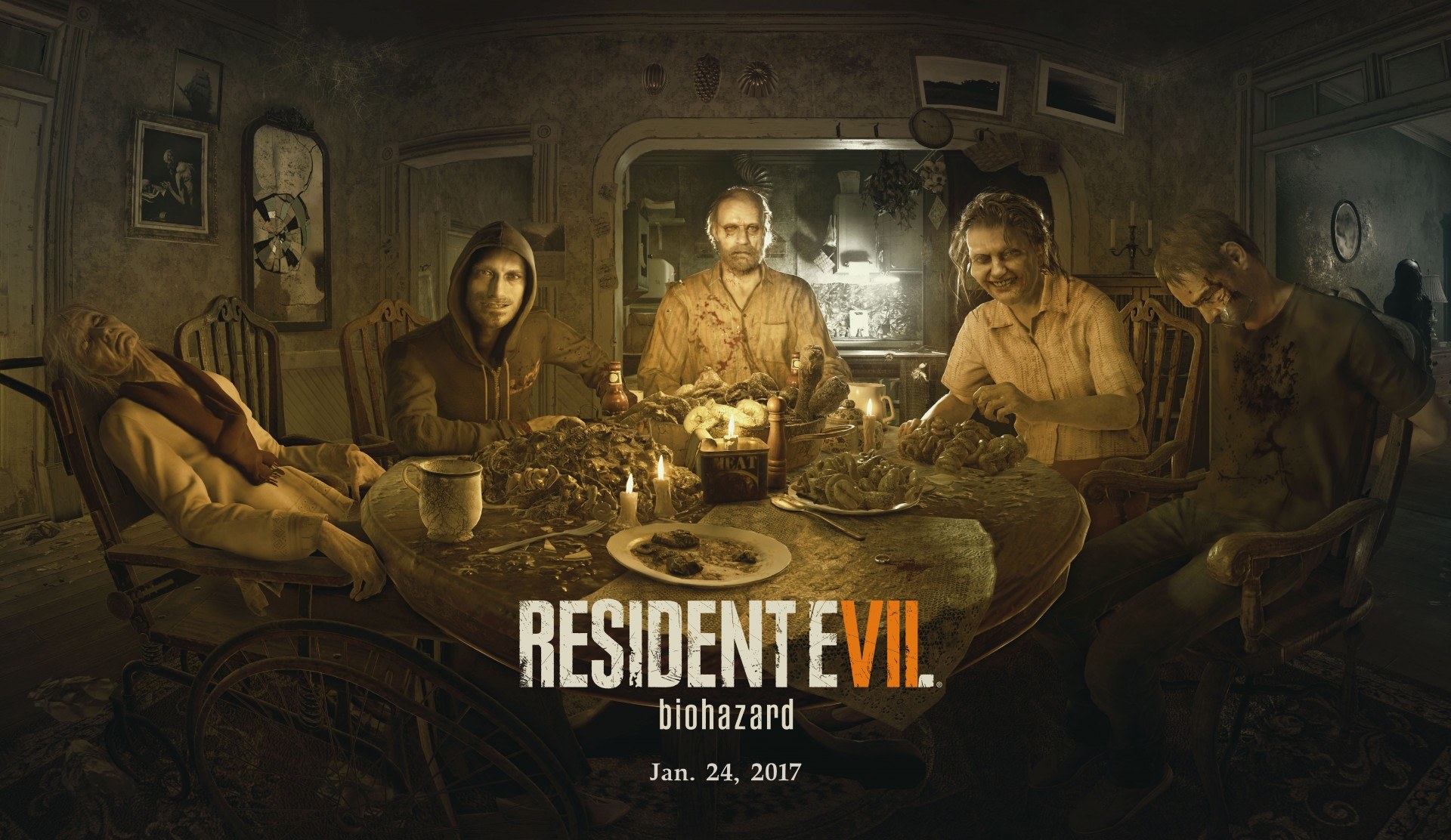 The Bakers having a lovely intestine-filled feast

You can combine the dummy’s finger you found earlier downstairs with the dummy’s hand, although it has no function during the rest of the demo. I have come up with an interesting theory (in my opinion) about the aforementioned dummy’s hand and attaching a single finger to it. There is writing on the wall in blood, “Five guests murdered, but where is unknown. Nothing to point to their final gravestones,” which is new for the twilight update. I think that this has something to do with the dummy’s finger you found attaching it to the hand because they mentioned five guests and there’s five fingers on a hand so…maybe there’s a correlation?

Anyways, fans intrigued by Resident Evil 7 can preorder the deluxe or standard editions today for PS4. Both versions of the preorder come with a Survival Pack that contains consumable healing items, early access to the rage quit worthy Madhouse mode, and an unusual Lucky Coin defense item. North Americans also receive a theme for the PS4 instantly which is pretty neat. The deluxe edition is currently $90 and in addition to what I just listed, it features a season pass with 3 additional story episodes along with the main story mode. These story episodes seem to not correlate with the main storyline, but that could change in the future.

So, guys, who’s excited for a possible third update to Resident Evil 7‘s The Beginning Hour demo? It’s crazy to think there is so much hype that Capcom is doing multiple updates to just a demo. Plus, totaling in at over 3 million downloads of the demo so far, I’d say a lot of fans are eagerly awaiting January 24th.