My thoughts at 7:30 PM: “I guess I should get started on this space tower defense thing, even though I would rather be playing something else.” My thoughts at 1:00 AM: “I guess I should get to bed, but I really want to finish this run.” Welcome to Space Run Galaxy, a tower defense-style game in which you play as a space trucker racing to deliver cargo, all while fighting off asteroids and space pirates. In most cases the game would have lost me at “tower defense,” but I’m glad I gave it a shot. 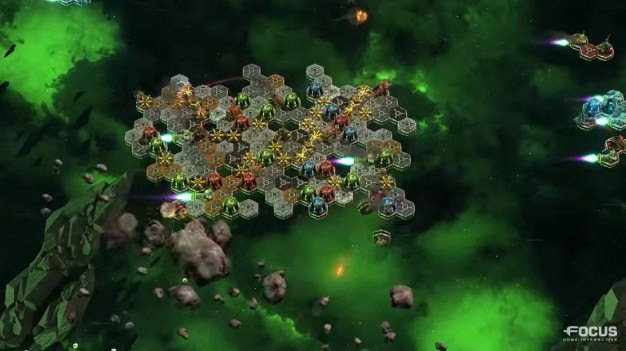 The concept is pretty simple: you’re the captain of a cargo ship, and you and your robot partner need to deliver cargo safely and quickly between the planets and stations of four systems. Your “ship” is really just a small (but grow-able) map of hexagons, containing one thruster and one command bridge. You can put the cargo onto any of the other hexagons before launch, and the rest in real time. As threats approach from around your ship, you need to gather resources and build guns, shields, and other constructs to protect your ship and its cargo. If you lose too much cargo, lose your command bridge, or make your delivery too late, you have to try again. 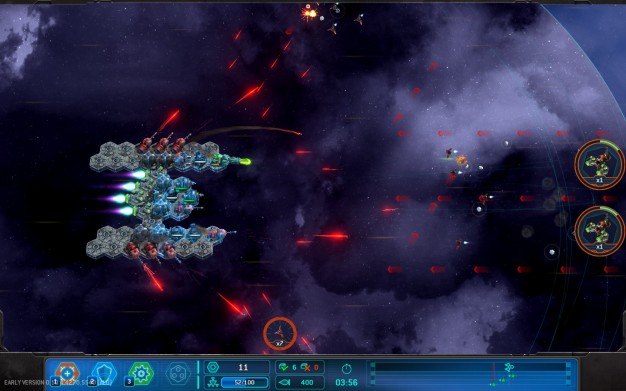 A good strategy is necessary for both parts of the run. Before the ship takes off, you need to decide how much cargo you can carry at a time, and this is more complicated than it seems at first. In addition to a few varieties of cargo you’ll be asked to transport during missions, you also can transport the items that allow you to unlock new upgrades for your ship. These will stay on the planet where you got them until you move them yourself. While flying, meanwhile, you have to decide how best to protect your ship and stay cost effective. 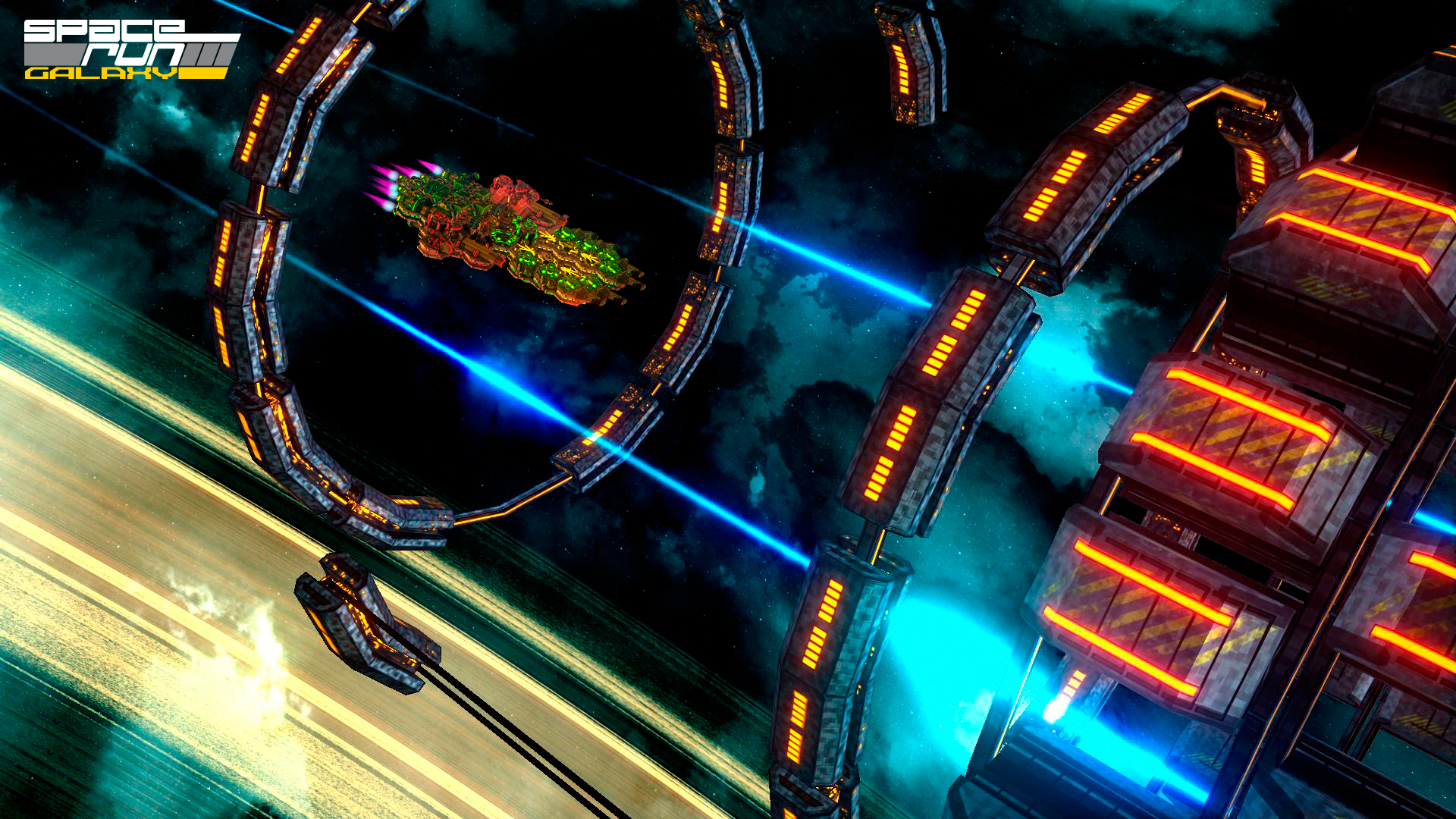 The “currency” needed to add or upgrade modules of the ship is gained slowly, with more available from destroying rocks and enemies. So you have to decide (for example) whether to start building weapons to fight off foes, shields to protect your cargo, or thrusters that help you make deliveries on time and allow you to use certain weapon features. Placement is also important; thrusters can only go on the very back of the ship, which might be a problem if you filled it with guns to fight off a rear attack. 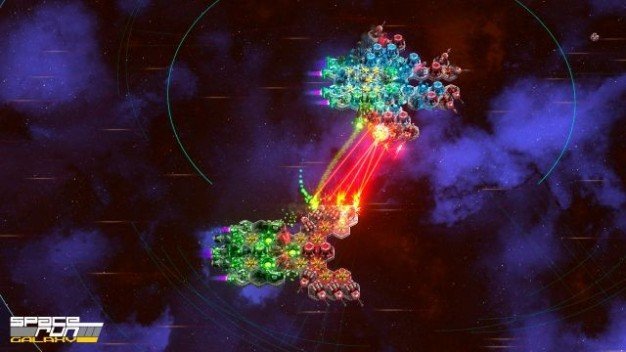 There’s enough going on during a run to keep it interesting, especially because the weapons have manually-activated features to make sure that your control isn’t just in the construction. Your ship is also limited enough that things rarely feel overwhelming. It’s not as though there’s another ship you need to keep an eye on. This makes Space Run Galaxy appealing to people like me, who get overwhelmed by everything there is to track in other tower defense games. The game is pretty forgiving at times too. 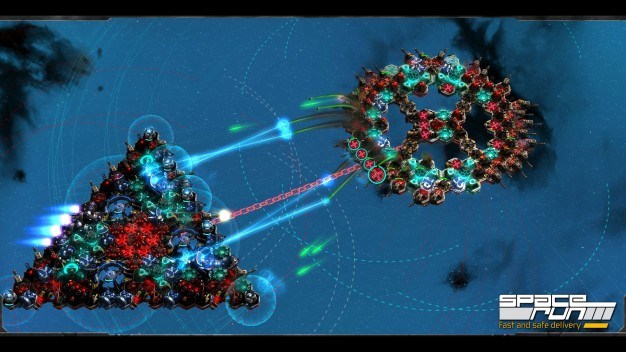 Graphically, there’s nothing too important to talk about. It’s not particularly good or bad. But I am happy with the character artwork in the game. It’s drawn in an almost caricature-like style, and paired with impressive voice acting given that this is not a story-heavy game. What little story the game does have is entertaining enough, and told with enough humor to stop you from skipping it. 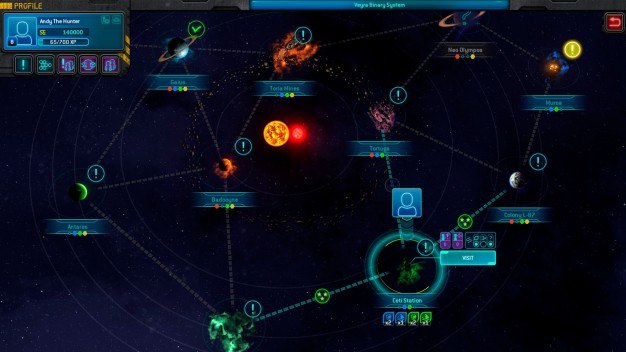 It would be nice if there was some more variety, though. You travel between a number of different planets and stations, but each run starts to feel pretty much the same after a while. Granted, things do get a lot more complicated; ships get bigger, enemies get tougher, and modules become more specialized. It eventually reaches a point where some players will become overwhelmed. But even if you’re that sort of person, there’s more than enough fun to be had with this title. It would be nice if there was a bit more variety to go with the increased complexity, but it’s a pretty straightforward game. Either way, I can’t complain; I was expecting to hate this game in the first place. It was a pleasant surprise, to say the least, and it’s worth checking out even if the genre isn’t usually to your liking. Even if it doesn’t hold your interest for that long, it will at least be a fun few hours or space trucking and pirate-blasting.