Throughout my many years of gaming, I have seen the ebb and flow of many trends in current games. It seems that right now we are seeing an all-time high of “roguelike” games being developed and a lot of them boast about their near infinite procedural generation and the grating difficulty from their “permadeath” system. What is commonly accepted about “permadeath” is that it is strictly an added on challenge to make your game much harder and, as someone who nearly rage quit every Xcom title he’s ever played, I can attest to that claim.

However, at the Roguelike Celebration event this past weekend one of the co-creators of Rogue, Glen Wichman, says that permadeath as we see it today was not what was intended originally. Wichman explains that people perceive permadeath as an ultimate test of skill, but in reality “permadeath is [just] an example of ‘consequence persistence.” Another co-creater of Rogue, Michael Toy, added “We were trying to make it more immersive by making things matter, but not to make it more painful.”

Whichman gave some more insight on the intention of permadeath by giving examples of what is commonly known as save scumming; “If I can save the game and then drink the potion and—oh, it’s bad—then I restore the game and I don’t drink the potion.” According to Whichman, when players use this way of gaming the system it just makes the entire concept of your choices having any weight go away.

I have to agree with the viewpoint of Whichman and Toy. When I play any game with choices I want those choices to matter and make an impact in the game. For example, if a gamer, who totally isn’t me, had one of their Xcom soldiers storm in a room to fight 3 Mutons then that gamer, who really isn’t me at all, deserves to have a negative consequence from that poor choice. I mean, jeez that would be embarrassing though, wouldn’t it? 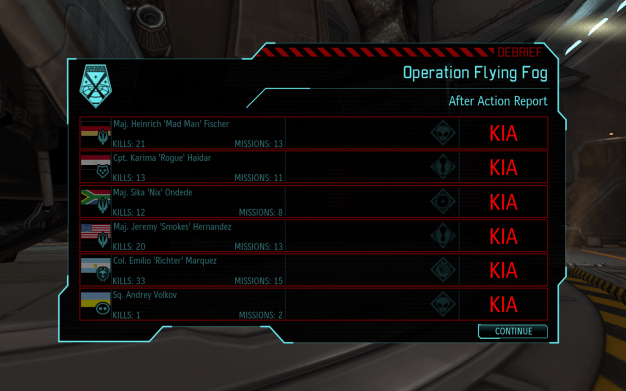 Sometimes concepts that we see in games have just evolved with the times and it helps to hear it straight from the horse’s mouth about what the intent originally was. We aren’t being punished with permanent death, we are gifted with the ability to make a choice that actually has meaning. I believe that Whichman put it best when he said “Permadeath is not the right name for that, so that’s my homework to all of you: come up with a better name.”