This month saw the release of Jotun: Valhalla Edition. I knew very little about this game before I started playing it, but quickly got sucked into this mythological world. Since TVGB reviewed Jotun last year, I will be glossing over the game itself and focusing on changes made for the Valhalla Edition. Boasting a “boss rush mode” that is unlocked after beating the game, I first had to set my sights on immersing myself in the game and hope that I would please the gods. 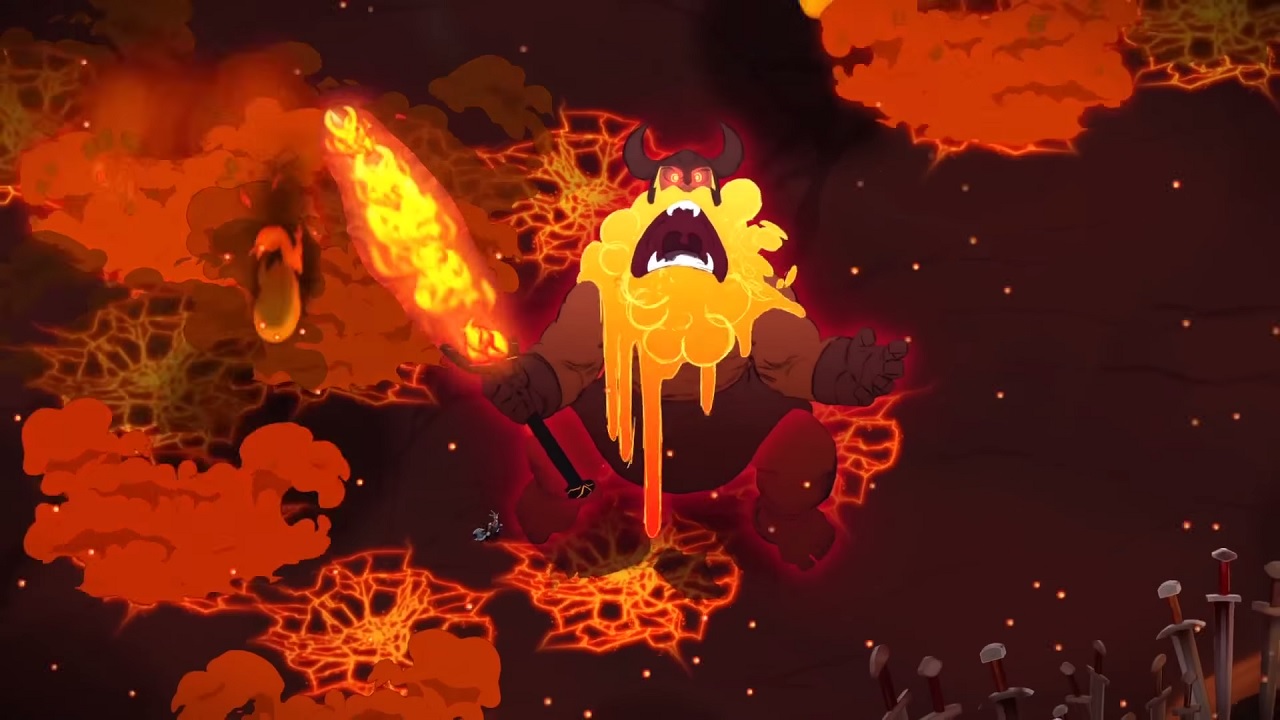 Playing as a deceased Norse warrior named Thora, you are on a journey to prove her worth to the gods in an attempt to enter Valhalla. With its hand-drawn art and animation, you definitely can feel the amount of work that went into this game. The color saturation and changes in depth when it pans out to a beautiful landscape is noticeable throughout the entire game. The detailed artsy animation of each of the Jotun was far superior to the rest of the game. Aided by god statues you can find along the way, you are gifted with unique skills to utilize and assist you on your journey in killing the Jotun. 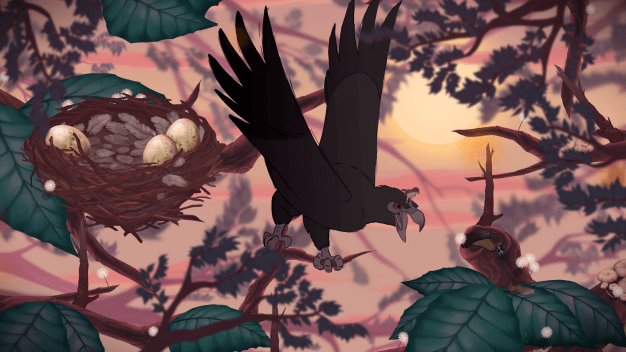 Starting out, I noticed there was very little direction on where I should be going. The in-game map you can pull up is difficult to read, and I found it to be pretty useless. You can follow different paths to choose which Jotun you try to beat first, but if you attempt levels above your experience, don’t be surprised if the outcome is death. Before unlocking the Valhalla Edition, each pathway has two levels within and one Jotun to defeat before progressing. Let me tell you, I had a hard time killing the Jotun in any timely fashion. Identifying each of the bosses attack patterns is critical 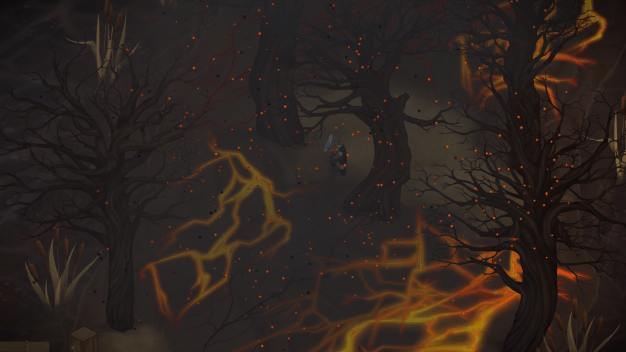 When you successfully beat the game and the final boss (Odin), CONGRATULATIONS! You have unlocked Valhalla Mode! Just head to the main menu and select Valhalla Mode. It will bring you to The Void where you just choose the pathway of the Jotun you wish to defeat. Just select a path, and now the real work begins! 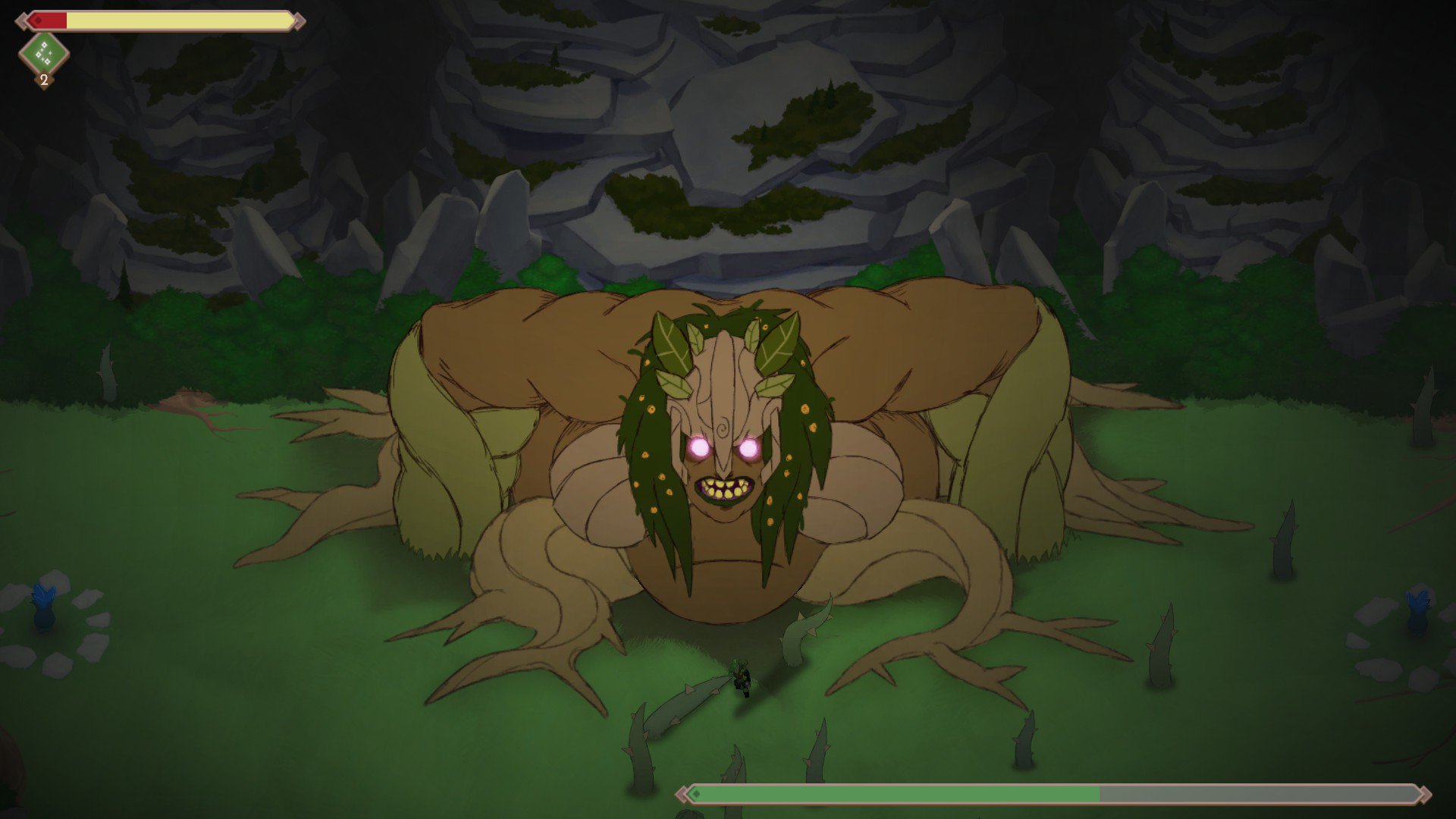 I first chose the path of Jera, embodiment of fertility, harvest, and earth. Supposedly the easiest Jotun to defeat, I had a very hard time with her. Valhalla Mode will by default grant you a bunch of extra health and extras of certain abilities to aid in your mission, but regardless, I still died… a LOT. I found out pretty quickly that not only were the bosses substantially more difficult, they actually added unexpected things to make it so much harder than before. Now, surrounding Jera’s weak spots are poisonous mushroom clouds that are released if you stand too close for more than a few seconds. Rushing to the safety of the blue flower blooms will remedy your poisoned state. Finding the weakest spots to attack Jera (along with avoiding her devastating hits and countless summoned vines) will be your recipe for success. 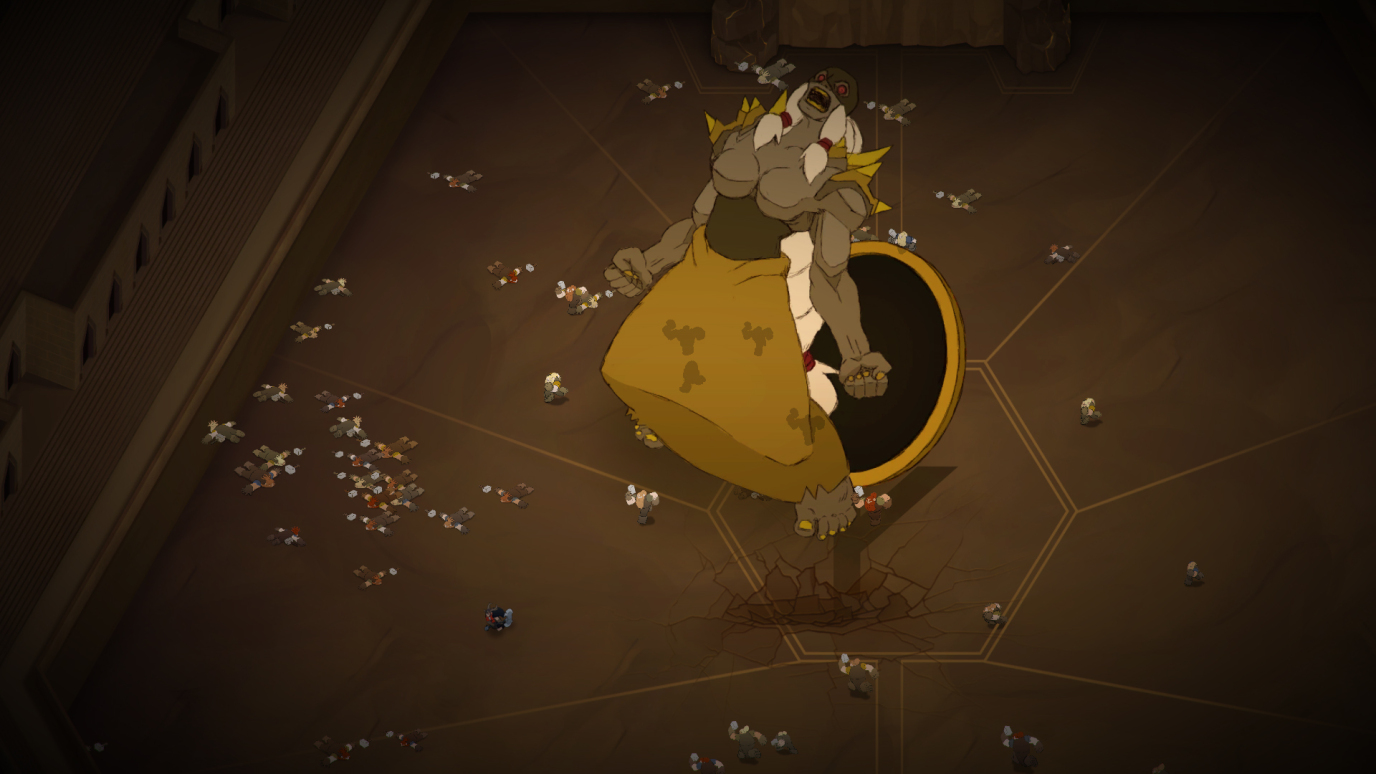 The next Jotun I chose was Fe, who embodied wealth, power, and gold. Summoning numerous rushing dwarves and smashing me with her massive shield, quick reaction and dodging was my best friend. For me, this was the easiest one to beat, only taking me 1.5 hours. Circling between his legs and attacking quickly and powerfully was my plan! 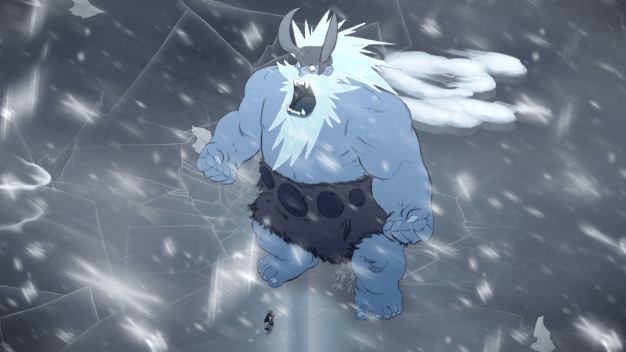 The last Jotun I conquered was Isa, embodiment of ice, stillness, and power. Using all of my unique abilities (momentary shields, health buffs, speed buffs, hammering, etc), I finally beat Isa by dodging between his legs and attacking as quickly as possible. The ground was icy and slippery, so it was difficult to use speed buffs and have Thora end up where you wanted. When he slams the ground, icicles surround him. Dodging his thunderous stomp-run was critical, and devastating if you missed your target. 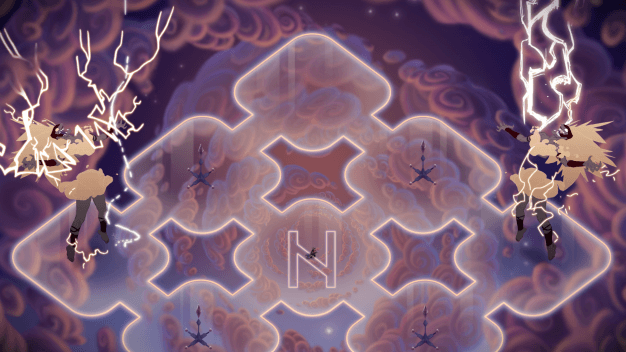 There were 2 more Jotun’s I spent a lot of time working on but haven’t been able to beat yet: Hagalaz and Kaunan. Each Jotun was much harder to beat in Valhalla Mode, with their extra health and modifications to their boss levels. Hagalaz originally had 4 pillars you have to get charged with his lightning strikes, and halfway through he multiplied into 2 beings as opposed to 1. In Valhalla Mode, there were 8 pillars to charge, and he multiplies himself 3 times. Dodging each of their strikes, along with every pulse of electricity shooting out of each pillar was extremely difficult. And the last Jotun, Kaunan, had incredibly powerful ax attacks. He was faster, more aggressive, his fiery explosions were much more crippling, and just one wrong step would ensure instant death. 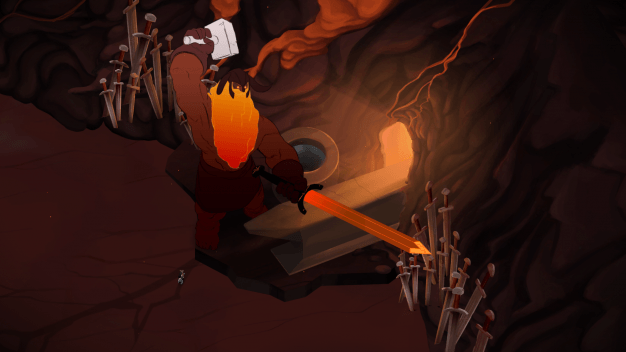 Valhalla Mode is EXTREMELY difficult, and there was a lot of frustration-swearing at my innocent TV. When you finally beat a Jotun though, it makes the experience all the more satisfying. Pull up the “Highscores” in this mode to view your stats and how many grueling hours it took you to beat each one. While this boss-rush mode may seem like it’s not worth your time if you have beaten the game before, it definitely has had me playing for hours. The new mode with increased enemy health, the added unexpected changes to the boss levels, and the extra buffs available to you are the most notable differences you’ll see. Now if you’ll excuse me, I have 2 more Jotun to beat before I can attempt to defeat Odin… ::SHIVER::
This review is based on a retail copy of the game provided by the publisher.

For those who haven’t played Jotun before, this is an easy recommendation. For those who have, the New Game + mode included in the Valhalla Edition adds enough extended play – with its powered-up bosess, high score battles and leaderboards – to make once more suffering numerous inglorious deaths worthwhile.