Having played countless hours of horde mode in videogames, I’ve grown to love game modes that are similar. After reading the description for Pixel Gear I couldn’t wait to get my hands, or move controllers, on the game and try it out. Developed exclusively for the Playstation VR by Oasis Games, it’s an action-heavy take on the horde wave-type shooter. But while Pixel Gear has a lot going for it, there is still a lot of room for improvement. 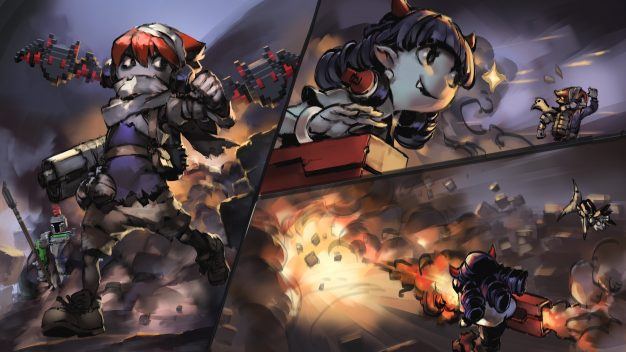 The graphics for Pixel Gear are great for what the game is and what it’s trying to do. As stated in the title, you could’ve guessed that the graphics are in 3D pixel form. The pixelated graphics almost resemble those of Minecraft. While I have not played Minecraft in VR, I would imagine that the two are very similar looking through the eyes of a VR headset. The guns and the enemies within the game are very detailed and make the experience more visually and viscerally engaging. One major issue I have with the graphics is either the fault of the game or the limitation of the hardware itself. I found that the further an enemy or object is, the harder it is to see. This became frustrating in the second level when almost all enemies spawn far away.

Pixel Gear‘s gameplay falls short of what I had hoped. I mean really short. Like 3 levels short. That’s right, if you were looking for a game with a long story or a lot of replay-ability you will not find that with this game. The 3 levels the game has to offer seemed dull to me. While each level has 5 waves and a final boss wave, the entire game can be completed within an hour. In between each wave the game offers up different power-ups, guns, or ammo that you can purchase for the coins obtained in the previous round. Unfortunately, these coins do not carry over from level to level. At max, Pixel Gear would take you four hours to complete and that’s if you wanted to come back and complete the game on all four difficulty settings.

That being said, the guns throughout the game are surprisingly accurate. At the start of each level you get the pistol and nothing else, which is completely fine as it is the most accurate of the four guns and has unlimited ammo. The four guns available in the game are a pistol, sub-machine gun, grenade launcher, and a sniper rifle. I’ve found the sniper rifle to be almost pointless as looking through the scope is not only much fuzzier than just looking at the target, but moving your hand in front of your face can cause some tracking issues that may cause the dreaded VR sickness. 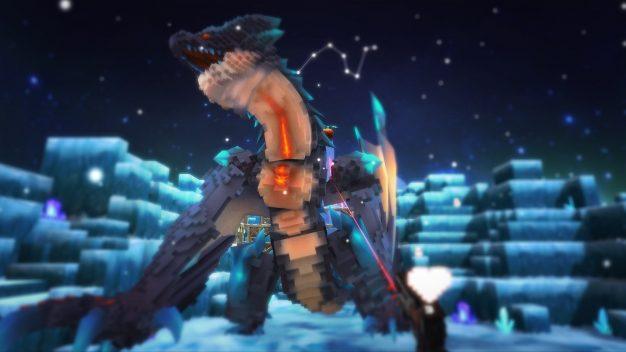 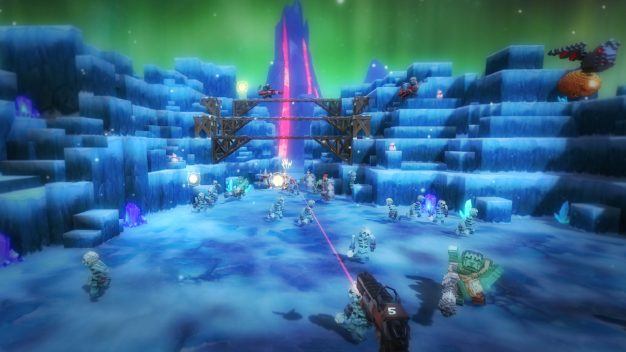 The controls are very easy to get used to. There are literally only 4 buttons that can be used. While this is not uncommon for many VR games, I’ve found this to make the experience much more bearable. The simplistic controls make Pixel Gear an easy game to get in to and have your friends demo your PSVR.

While Pixel Gear may seem like an interesting title, I don’t think it warrants the $10.99 price tag. With no story and only about an hour’s worth of gameplay the entire experience seemed really dull and not worth the cost. It almost seems like a demo for something larger or incomplete starting from the title screen. With that said, this may be a great game to pick up on sale to show friends some of the capabilities of the PSVR and for a very easy platinum trophy.

Pixel Gear, in all aspect, falls short of what is expected in a completed game. If the game were fleshed out with a full story included, the game would make for an interesting PSVR game to own.