The Little Acre, from developer Pewter Games, executive producer John Cecil, and publisher Curve Digital, promises to reinvigorate the point-and-click genre with the title’s release for Windows PC, Xbox One, and PlayStation 4 on
November 22. 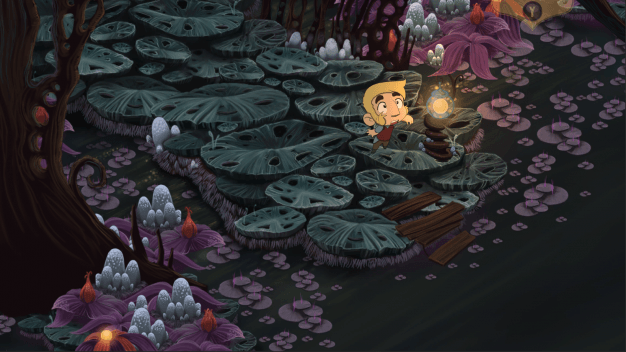 Developer Pewter Games hopes to attract a new audience to this classic genre with The Little Acre‘s charming story and hand-drawn artwork. Set in 1950s Ireland, the adventure centers around Adrian and his daughter Lily as both set out to aid a parent. Adrian searches for his missing father, and ends up in a land filled with strange creatures. Lily in turn wishes to help her father in his search, and winds up taking on her own adventure. The artwork that makes up both worlds draws inspiration from Don Bluth animation (All Dogs Go to Heaven) and classic Miyazaki films to reinforce the game’s charming narrative.