Andrew Gilmour and Digerati have announced that Slain: Back from Hell has now arrived on Playstation Vita with cross buy for Playstation 4. Blood-thirsty Vita owners in the US can download Slain as of yesterday (22nd of November) and equally blood-thirsty European Vita enthusiasts can enjoy Slain now (23rd of November).

In Slain, you control Bathoryn, a doomed hero in an eerie Gothic world. Bathoryn seeks to liberate six cursed realms from six deadly overlords. The world is filled with gruesome and lethal creatures and fiendish traps, which Bathoryn must battle through before reaching a stronghold to fight each of the bosses. 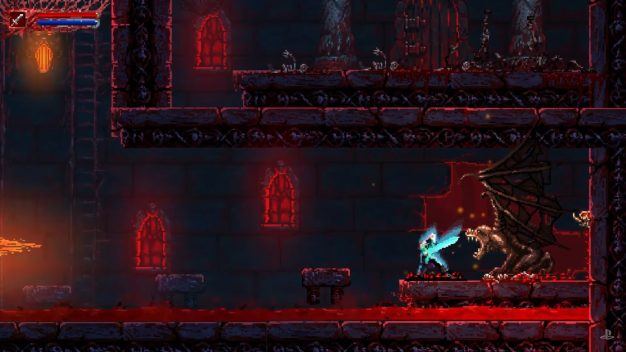 The game features elemental-based melee and magical combat over six hours of metal-fueled grisly core and bone-crushing mayhem. Players are given a choice of three unique weapons they can use to defeat the hordes all while enjoying a full metal soundtrack recorded by Curt Victor Bryant, formally of Celtic Frost.

Slain offers no laborious levelling, no tedious grinding, and no wimpy crafting – all the better when you’re taking on bosses, mini-bosses, sub-mini-bosses and macro-sub-mini-bosses! 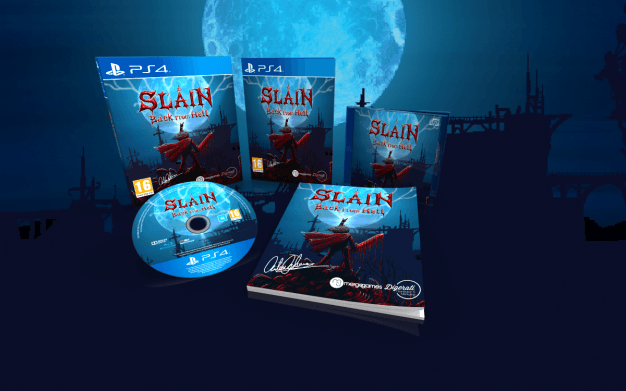