No more than one month after the last substantial update, EA/DICE are at it again, dropping a zeppelin-sized bombshell on Battlefield 1 players as their latest patch goes live today for Premium or Pre-order folk. Let’s waste no time here, because it’s an enormous update, and there are a ton of radical changes to explore…

First off, the map, and other assorted new goodies. Free for any and all Battlefield 1 players, Giant’s Shadow takes us to the Battle of the Selle, with a medium sized space oriented around a train line and – you guessed it – a ruined airship. It’s not the most exotic new location, nor is it the most intriguing new map, but heck: it’s free. Also included in this update is the new Support tool, the Grenade Crossbow, which does what it says on the tin; choose between either fragmentation or high explosive varieties of grenade as you finally make use of that under-appreciated class. 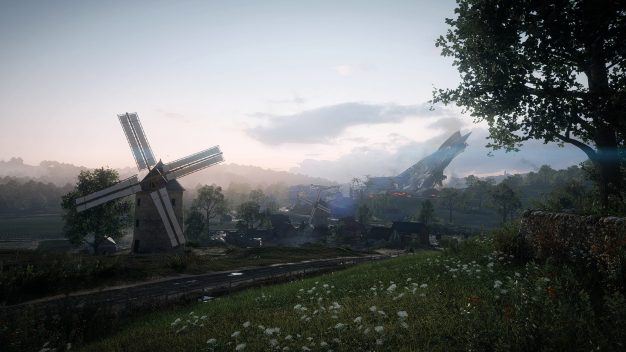 Making an appearance for the first time in Battlefield 1 is the all-new spectator mode, which allows players to view the map from a variety of perspectives whilst in-game. First-and-third-person camera modes, a “Free Cam” mode, as well as the “Table Top” mode used for the in-game respawn lobby are all available for your spectating pleasure; useful for filming some epic World War 1 moments, or just admiring the view. 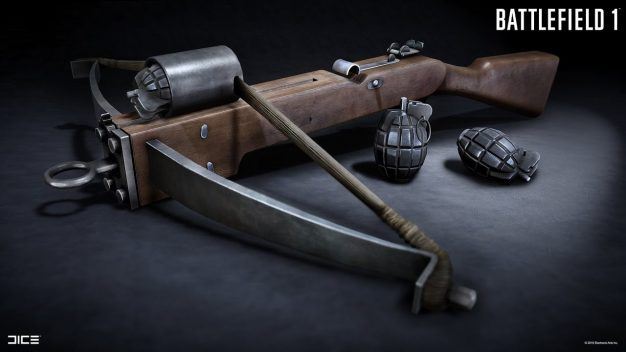 A new aspect of the custom game mode settings, this option allows each faction access to their own “Standard Issue Rifle.” The Brits, for example, have access to the SMLE MkIII, regardless of class; the idea is to offer a level playing field for all class types, and although this will never be a base game option it should “scratch an itch” for players who host their own servers.

And now, without further ado, the absolutely monstrous list of bug fixes and game alterations. Condensed, into 4 sections. 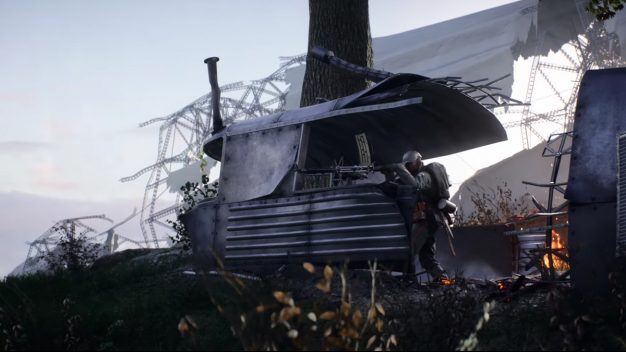 Changes have been made to movement fluidity – an example being a fix for the inability to sprint from crouch – and also to the toggle zoom function (most relevant, I suppose, for PC players). Aim assist on console will now only take effect when a player is “actively giving aim input,” which means no more locking on to enemy players simply by walking past them.

This one is pretty lengthy on the patch notes, so I’ll keep it short: crucial bug fixes come here in the form of the removal of an issue whereby the player would spawn as a vehicle class without a vehicle. It was a major pain in my books, so good riddance. The Landship has also been buffed to allow it to match the Heavy Tank in most respects, which means higher damage tolerance, and the ability for players to spawn into the vehicle directly.

Air vehicles have also been adjusted: the machine-guns found on fighter and bomber planes now do more damage to other vehicles, and rockets now travel faster to allow increased usage. Rear gunners, conversely, have had a slight reduction in damage, to make it more difficult to take out pursuing vehicles by just switching position in-flight. There is more, but the full list can be found below.

The biggest one of the lot, this portion of the patch addresses one big talking point in Battlefield 1: the shotguns. To make a sweeping statement, those weapons which had been strong at distance (the Model 10-A Hunter being example No.1) have now been balanced, with other forms of shotgun being altered to compensate and keep the class of weapon relevant. The crosshairs have been altered a little as well, so that you’ll land your hits more easily.

The Light Machine Guns have been improved across the board, with increased effectiveness at close to medium range and flattened recoil. You’ll now also be able to bayonet charge mid-reload, or when out of ammo. Again, there are an extraordinary number of fine adjustments made to other weapons, but you can take a look at the details using the link below.

Expect a fair bit of this fog,

There have been further changes to various tool items, such as improvements made to the mortar and increased efficacy for crates (medic or supply). We’ve also had some modifications to game-modes such as Operations, with a specific focus on balancing areas of the map that have proven difficult to play; small glitches such as being killed by airship debris have been ironed out, as well as in-game environmental issues such as stretchy flags and rubber-banding planes. But honestly, it’s a huge list, and I’ve barely scratched the surface, so do check it out right here.

The Giant’s Shadow map and update are out now for Battlefield 1 on console and PC for users who pre-ordered the game with early access or bought the Premium Pass. It’s all free, folks (apart from that pass!).