As the Playstation VR has been out for several months now, the library for it has grown significantly. Along with many others, Ace Banana is just another gallery shooter (archer?) that attempts to be the staple in the genre for the system. Unfortunately for developer Time of Virtual Reality, the many tracking issues and repetitive gameplay make Ace Banana fall very short of expectations. 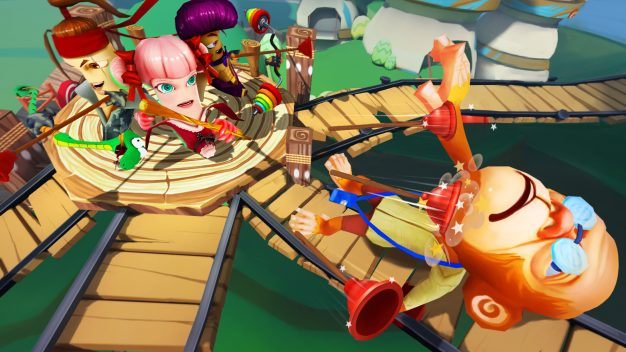 The concept of the game is pretty great. You’re a banana with mad archery skills, shooting plungers at monkeys that are trying to attack you. Where this concept falls short is in the fact that it looks and feels like a game for children. While this isn’t the worst thing in the world, the Playstation VR is not to be used by children under the age of 12 according to Sony. This is a huge problem, as games with this feel will mainly lure in a young crowd. 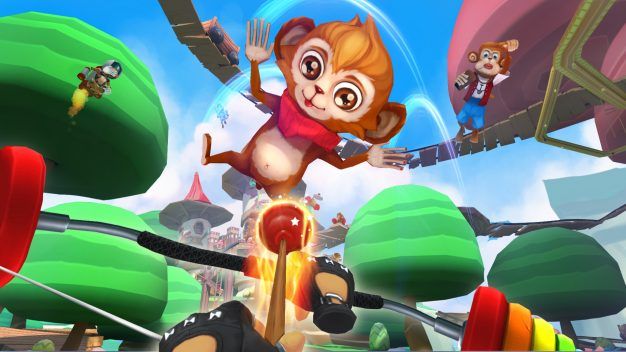 The gameplay for Ace Banana is great, at least when there aren’t tracking issues. The mechanics of shooting the plungers at the monkeys are very simple to get used to. Where the game gets mildly interesting is when you are required to move to different levels of the open area to defeat monkeys spawning elsewhere. Being up on a platform that is 50 feet in the air while shooting monkeys was one of the more fun aspects of the game. Overall, when the game is running properly it is fun and mindless in the fact that all you do is shoot the enemies until the final boss wave. 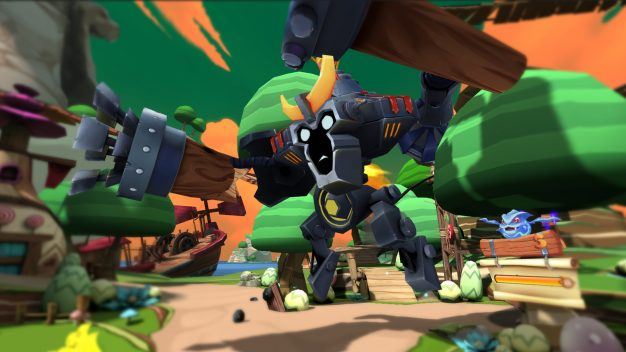 The final boss is very hard from my experience with Ace Banana. The fact that he not only does massive amounts of damage to you is one thing, but he also goes from one level to the next at the same time. There are three floors or levels within the map and you have to manage to not get hit by the boss while moving to find the right angle to attack at the same time. I found this to be one of the more difficult aspects of Ace Banana. 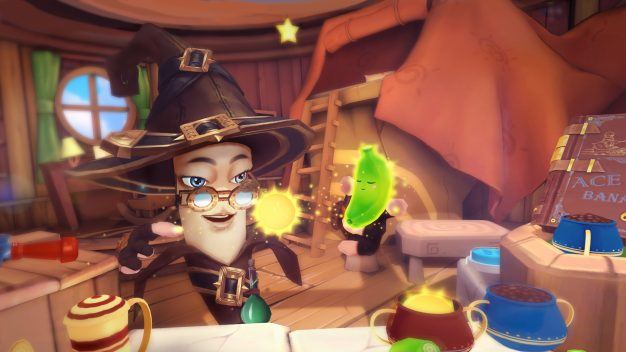 The game itself has little replayability to the user. With only one map I found myself getting extremely bored of the repetitive aspect that is within most gallery shooters. While that one map does have three different levels of gameplay, I don’t find this enough to keep me playing the game. The only thing in Ace Banana that encourages the player to get a higher score or play the game more, is that in the main menu you can grow new bananas. While this is something to keep the player within the game, these bananas serve absolutely no purpose other than to have them in the title screen. 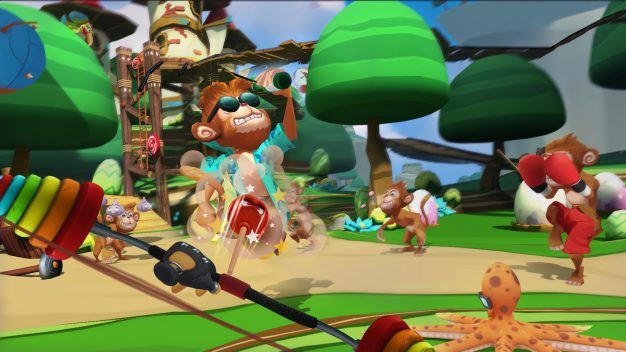 While Ace Banana has some interesting aspects and good mechanics to the game, there is a lot that goes against it. The tracking issues and lack of maps does not warrant the $14.99 price tag associated with the game. That being said I feel that with improvements to the mechanics of the game and addition of more maps, Ace Banana would be a contender for the genre on the Playstation VR.

While Ace Banana has some interesting aspects and good mechanics to the game, there is a lot that goes against it. The tracking issues and lack of maps does not warrant the $14.99 price tag.