Year of the Rooster? No, no, this is the Year of the Phantom Thieves. In a few short months, fans around the world will be sinking their teeth into ATLUS’ newest entry in the Persona series. Until April 4th rolls around, ATLUS are keeping their fans hungry by releasing trailer after trailer, showing off the game and its new mechanics.

Persona 5′s Phantom Thieves keep up their guise as normal Japanese high-schoolers during the day, but at night they travel to another world (via smart phone – typical) to unleash their true Personas and raise some hell!
The other world is called the Metaverse, the collective unconcious of all mankind. The most distorted desires of people manifest themselves as Palaces in the Metaverse. The Phantom Thieves must infiltrate the Palaces and defeat the evils within. 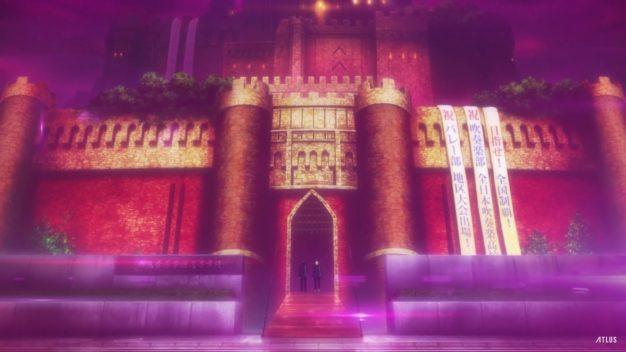 To enter a Palace, the team locates a target, figures out a few key bits of information and fires up their Metaverse Navigator app to gain access. Once inside, they fight hordes of Shadows, solve puzzles, defeat the Palace ruler and steal the target’s deepest, darkest desire…which naturally manifests as treasure. When the treasure is removed, the target’s heart is changed and they will come to understand the evilness of their core desire.

Each desire creates a truly unique and twisted Palace – no two are alike. The Thieves will have to use stealth and plan their moves carefully in order to pull off a successful heist. If the Thieves get caught too many times, they’ll be kicked out of the Metaverse and can only return the next day, so players will have to plan extremely carefully as time is of the essence and the security meter is ever-wobbling closer to ejecting the group.

If you encounter shadows, you can either fight them off or engage in diplomatic discussions. You can Hold Up shadows to negotiate and yield money, items or even avoid the battle entirely. Shadows can even be convinced to join the group as a summonable persona. There’s even a Baton Pass feature which lets an attacking party member switch turns with another character to maximize attacking weaknesses.

Persona 5 comes to Playstation 3 and Playstation 4 on April 4th in North America and Europe (including Oceania).