The Nintendo Switch, the seventh major home video game console from the house that Mario built, shipped over 1.5 million units in the first two weeks of its launch. According to Nintendo, it was the fastest-selling console in its history, with sales slowing only due to a worldwide stock shortage. Thankfully, TVGB’s Jake Sapir and Joel Campos were among the lucky few to get their hands on the console-cum-tablet, and they’re ready to share what works and what doesn’t on Nintendo’s ambitious hybrid gaming experience. 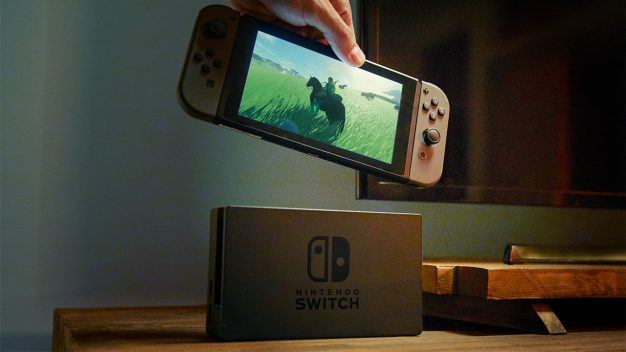 While I got my first taste of the Nintendo Switch at the preview event I attended a few weeks ago, my time spent with the console in my possession has really allowed me to appreciate its design. I was excited for the Switch from the beginning, as a big Nintendo fan and a lover of playing games while also doing other things. Concerned about the small launch lineup, I delayed pre-ordering the system until the very end. Fortunately I was able make it happen, and it hasn’t left my side since it arrived.

The core console itself is basically a big black tablet. It’s the size you might be able to fit in a jacket pocket, but too big for much else. I’m not an expert on screens, but this one works perfectly for games like Zelda, showing every detail perfectly despite its size. Any smaller and I don’t know how well it would work. On either side of the main tablet is a slot for one of the Joy-Con controllers, two of which come with the console. Also included is the dock, which allows the Switch to display games on your TV and powers it up a bit. From there you have the usual HDMI cable, as well as a surprisingly standard USB-C cable for power. The last things of note are the Joy-Con grip, which allows the two controllers to act as one more traditional controller; and the Joy-Con straps, which provide bigger shoulder buttons and straps for the individual Joy-Con. 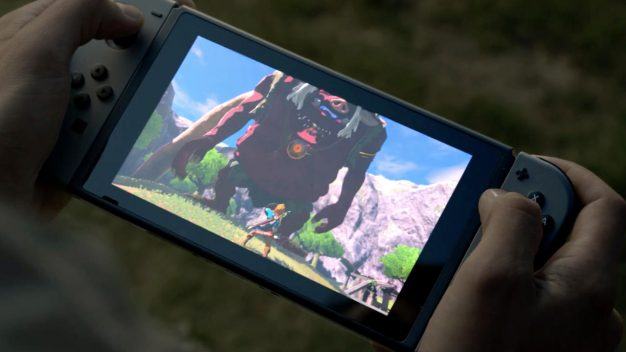 Playing games on the Switch in its handheld mode works surprisingly well. While the Wii U Gamepad was rarely a viable option for detailed games, I never feel like the visuals are blurry or cramped on the Switch. The screen is, again, certainly big enough and clear enough for games like Breath of the Wild, and I can’t imagine many games with more to see than that one. The weight and feel work well too; it never feels cumbersome. I routinely use it to play Zelda on the crowded Chicago buses I take to and from work, and I haven’t had any trouble. The Joy-Con feel a bit different from a typical controller, but I got used to them quickly enough. There’s also an option to play multiplayer games with a single screen, using the system’s kickstand. The only real problem with the portable mode that I found was the low battery life, but fortunately the system can be charged on the go.

The transition between portable and TV play is sort of remarkable. We’ve dreamed of taking our console games with us for a long time, and it hasn’t gone very well. Ports never quite match the original’s quality, and streaming is complicated with a lot of requirements. At the end of the day, the Switch is the first true realization of this dream. In terms of quality, it is a home console, beating not just the 3DS but even the Wii U in power. But it’s one you can take on the go, and for some games, it’s great to not have to leave them when you leave home. 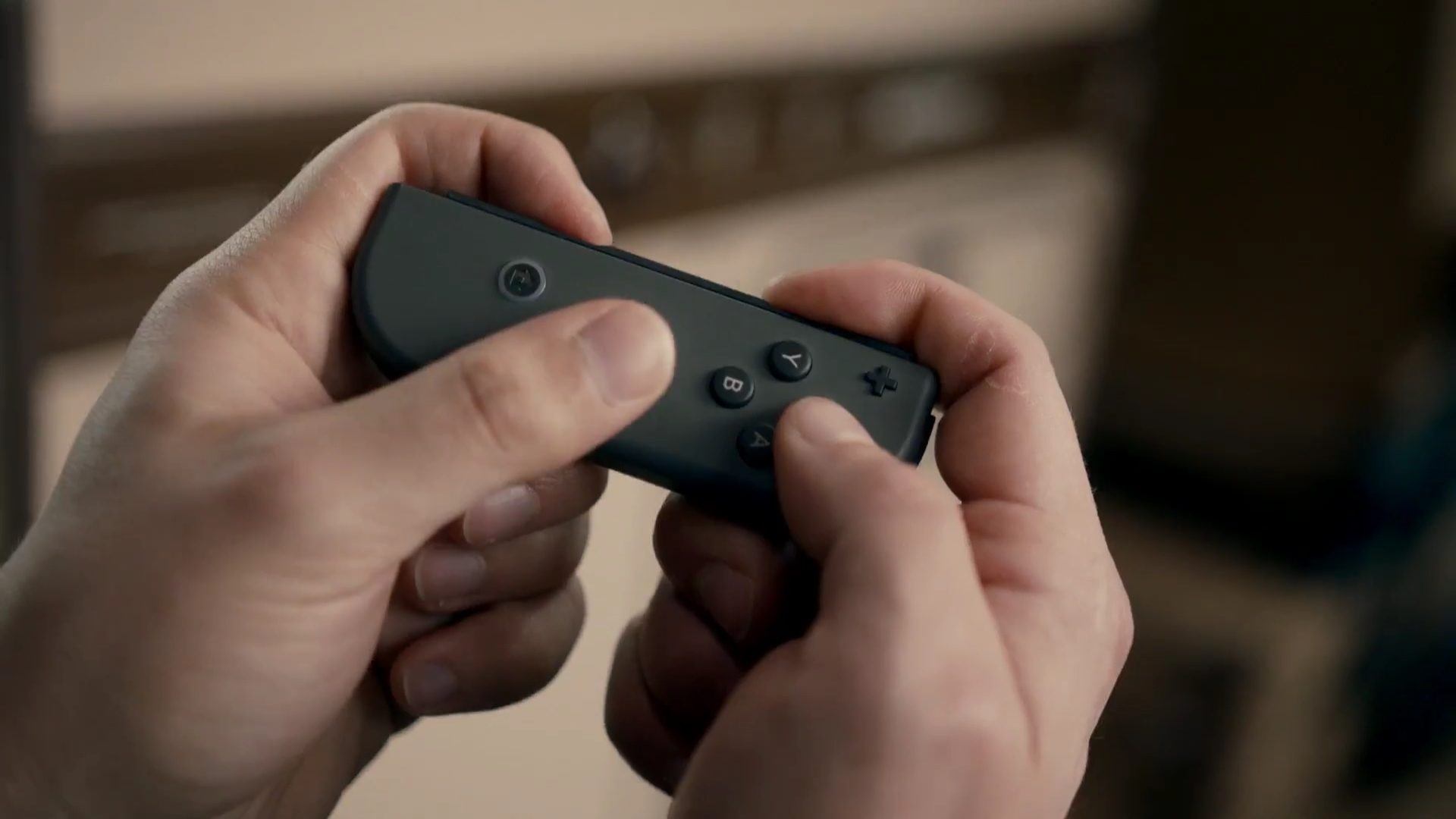 On the joys of the Joy Con:

What makes the Switch interesting is that you can play your games on the TV as well. The two Joy-Con, when used as separate controllers, work much better than one would expect. As I mentioned when I wrote about the preview event, while the sticks and buttons are close together, everything works pretty smoothly. Even using the  Joy Con Grip to make them into a makeshift traditional controller works better than I thought it would. There’s no question that it feels different from other controllers, and the Pro Controller is available if you really need it, but I didn’t feel it was necessary.

Of course, a system can’t have all of these possibilities without a few drawbacks. Not surprisingly, the Switch will not match the Xbox One or PS4 for power, let alone their advanced versions. This may take a toll when it comes to getting third party support for the system, but its portable nature might make up for that in some cases. Also, while the Joy-Con grip and controllers do the job wonderfully in my opinion, accessories for the Switch are pretty steeply priced. The Pro Controller, if you can find it, retails for a staggering $70. Some of the games are more expensive than they should be as well, particularly 1-2-Switch. And of course, the launch lineup is pretty small, with the bare-bones operating system not adding anything to make up for it. Of course, these will improve over time.

Regardless, I would recommend the Switch to any Nintendo fan. It flawlessly executes its concept, it has some awesome titles on the horizon, and really, Breath of the Wild is the only launch game you need. I’ll have a full review of that one later, but suffice to say that having a Switch and Zelda means you have top notch gaming anywhere and everywhere. Even though the system isn’t perfect, it is exactly what it intends to be, and I can’t wait to see what new possibilities it will allow. For now, I’m just excited to play more Zelda.

As my first week with the Nintendo Switch comes to an end there is a lot of good, and bad, that needs to be considered when evaluating the system. I will start by saying I have thoroughly enjoyed my time with the Switch. As it has become the console I’ve played the most this past week, thanks to Zelda: Breath of the Wild, I think it’s safe to say the console is fairly strong, for now. Strap in while I provide a quick review with some of the pros and cons the system has to offer.

I wanted to start by talking about the overall quality of the product. I have to say from the first time I saw the box I was impressed. The simplistic design of the box itself is aesthetically pleasing to any gamer. The tablet alone seems like a very durable product. It should be, seeing as many people will be using the console mostly on the go as I have, but we’ll get more into that in a bit. One downside to the tablet itself is the kickstand. I feel that the quality of the kickstand takes away from the overall quality of the console since it is very wobbly and will fall with almost any movement of the surface it rests on. That being said, I flew from Chicago to Houston playing almost 3 hours with the kickstand and it didn’t fall once, but one touch of the screen in the wrong place and you’ll have the same soulless feeling you have when your phone falls face-down on the floor. The screen quality is great. I know some people were disappointed when Nintendo announced that the tablet screen would be 720p. A 1080p upgrade in the future would be nice, but it honestly looks fine given the size of the console. 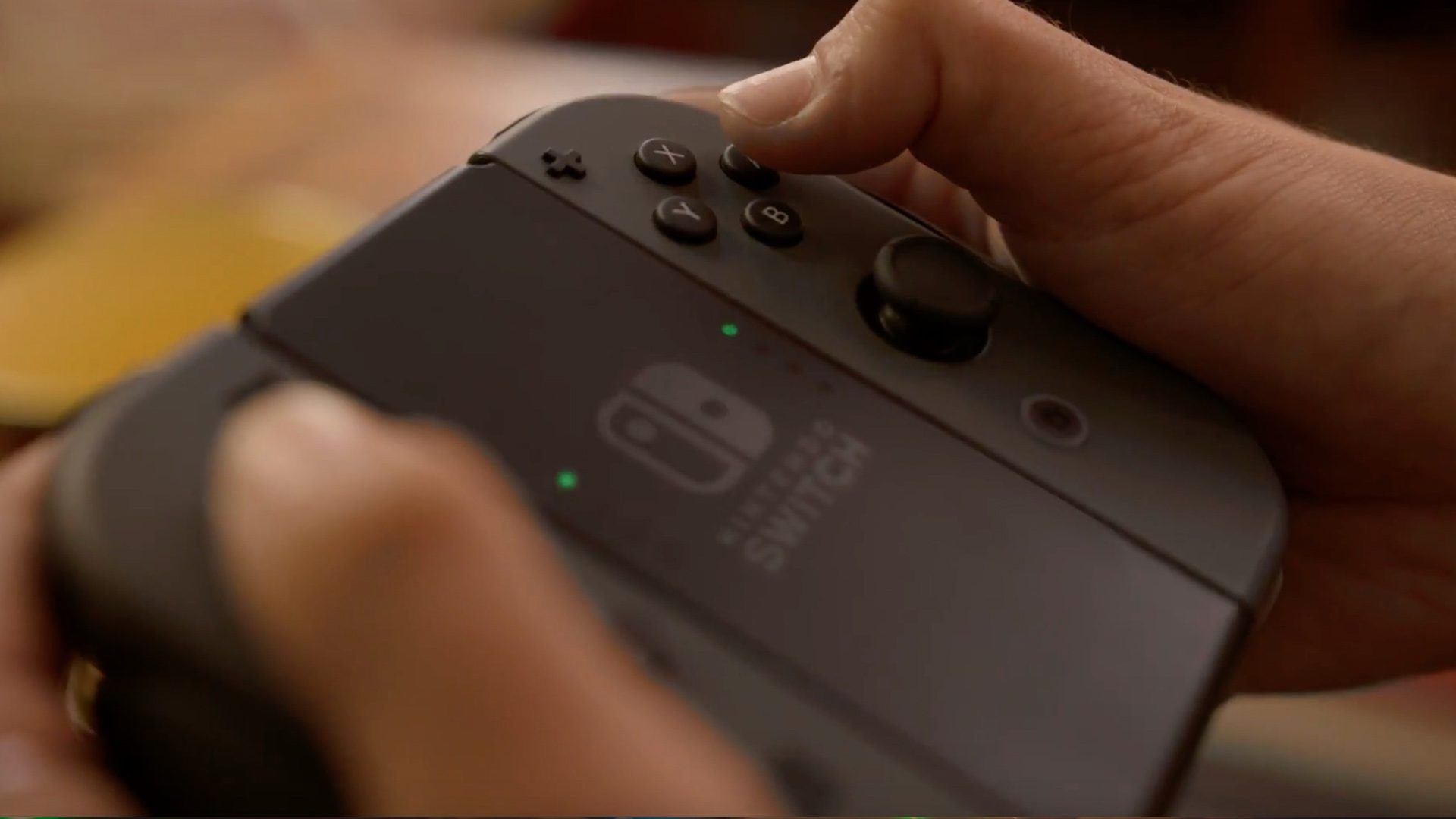 On the joys of the Joy Con:

On The Joy Con, yes the plural form of the word is Joy Con, feels very comfortable when attached to the tablet, separated, or even attached to the Joy Con Grip. The one configuration of the Joy Con I cannot endorse completely is when using half the controller in a multiplayer game. While playing Snipperclips I found that using half the controller made my hands feel very cramped and sore over time. While this is a great alternative to having more controllers for friends to play with you, it should not be used in this configuration if avoidable.

On that [email protected] dock:

Now let’s get into the docked mode of the switch. In my opinion I feel that this is where the system lacks greatly. While having the console for over a week I’ve played the system docked for maybe an hour and that’s only because my girlfriend wanted to see what all the hype was about (spoiler: she still doesn’t get it). To me it kind of defeats the purpose of the console. With recent reports of the frame rate issues within Zelda: Breath of the Wild while docked, along with the terrible left Joy Con dis-connectivity problems, I think there is much to be improved on this configuration of the console. The fact that it has scratched the face of many Switch tablets already is scary enough to make me not want to dock the system.

The launch lineup of the console isn’t what most people had expected from a new Nintendo console. No Virtual Console? Are you kidding me? While this is not as big of a deal at the moment because of everyone’s hype for the first true Zelda game in years, it will prove to be a major issue for Nintendo if they don’t get more of these features up ASAP.

The overall functionality of the Nintendo Switch is quite remarkable, don’t be surprised if you see a handheld-only version of the console in the years to come. I think that, given the current state of the Switch, time will show that the handheld capabilities of the console will be the superior choice most users go with. If you’re looking to get the next home console, i.e. Xbox or PS4, look elsewhere because the Nintendo Switch lacks the power of a home console, but is possibly the best handheld to date.

Where the Nintendo Switch lacks in being the future of home consoles, it makes up for greatly in the portability of the system. A combination of great Nintendo games and the strongest portable console to date will prove to be a success for the Nintendo Switch.