You can’t beat a good board game. Being able to take your eyes off the screen for a few hours and immerse yourself into a different challenge is always fun, especially when you have a competitive group of mates to play with. The time consuming bit that’s less enjoyable involves setting the thing up and putting it away again when you’re done. With this in mind, maybe sometimes it’s better to combine the fun of a board game with what’s on the screen after all. 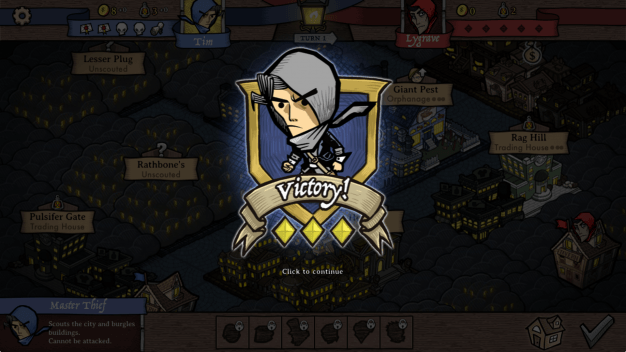 Versus Evil have announced today that Antihero, a strategic digital board game by indie developer Tim Conkling will be receiving its PC launch on July 12th 2017. A port for mobile devices is also in the works and will occur some time after this point.

Getting in early often comes with its rewards and customers wanting to pre-order the game will receive a 20% discount on the title, plus the first DLC pack, “The Book Club” character pack for free. This contains four master thief skins based on well known literary characters comprising of Miss Alice, Ebeneezer Scrooge, Sherlock Holmes and Tiny Tim. 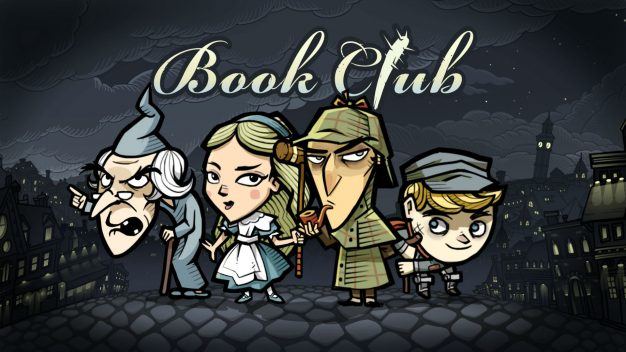 The game is set in Victorian London’s gas-lit underworld. You take on the role of a feared master thief and, using lanterns to upgrade your skills and gold to hire a variety of henchmen, attempt to gain control of territory before your opponent does.

The finished article is to contain a single player campaign mode, vs AI mode and two multi-player modes. The multi-player is to be broken into casual and timed matches, the latter seeing the need for fast thinking as in addition to playing against your friends you will also be playing against the clock. 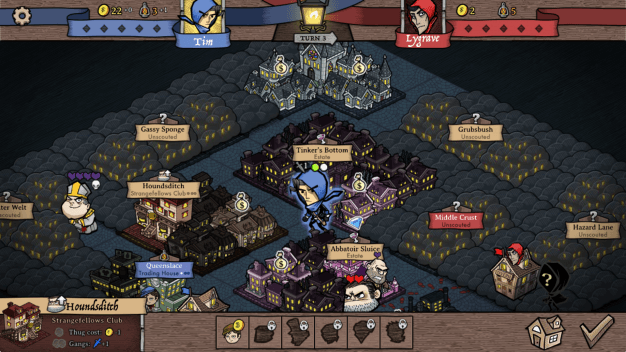 I have to say, both in theme and concept this looks like something that could be right up my street. I’ll keep an eye on the game’s progress for you (cause I’m nice like that), and give you an idea how Antihero plays just as soon as I can.