This isn’t news. This isn’t even speculative journalism. This is just me, a long-time fan of Rockstar’s most cynical game franchise, sharing something extraordinary that happened whilst playing the online multiplayer of Grand Theft Auto V. I share it because I cannot find one single reference to this particular event on any forum, in any comment thread, or even on the Rockstar help pages, and that must mean something, right?

When Grand Theft Auto V was first released back in 2012, the online aspect had a neat system for delivering any car in your garage to your location. Simply call the mechanic, select a vehicle, and wait a moment for him to drop it off. It’s a system that survives to this day, but with one major difference: back in the day, the mechanic was an NPC, who would exit your vehicle when he arrived and seemingly just walk the long way home. 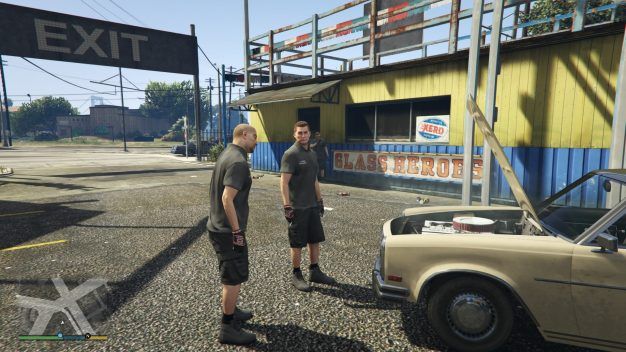 This was a little problematic, because he’d often get spooked by gunfights and drive off before delivery was completed, or else get very angry when your impatience drove you to pull him from your car and drive away. So they cut him from the game, in everything other than voice, and that was that. Farewell, Johnny-on-the-spot.

Or so we thought.

The other night, a friend and I were at a loose end, waiting for his ‘product’ to be grown at the nearby ‘greenhouse.’ So he started a motorcycle gang challenge, which only really involved competing to pull the longest wheelie, but which entertained us at the Sandy Shores airfield until well into the in-game night. 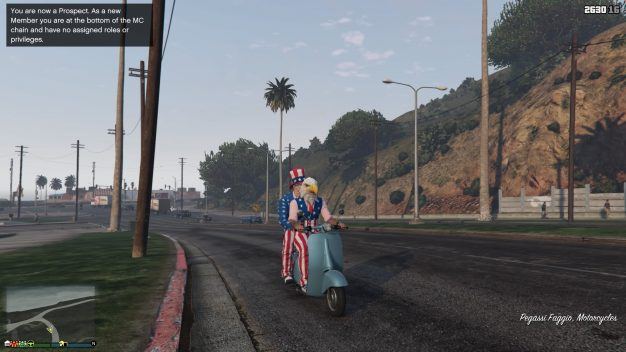 The most fabulous MC gang in town.

At this point, a group of about 6 Progen T20 super-cars come careening toward me, only visible by the cluster of white headlights in the darkness. Oh great, I think to myself. This is where a high-level moron murders me for sport. But something is off: there are too many expensive cars, they seem to have no interest in me, and they’re all driving like they’re utterly wasted. 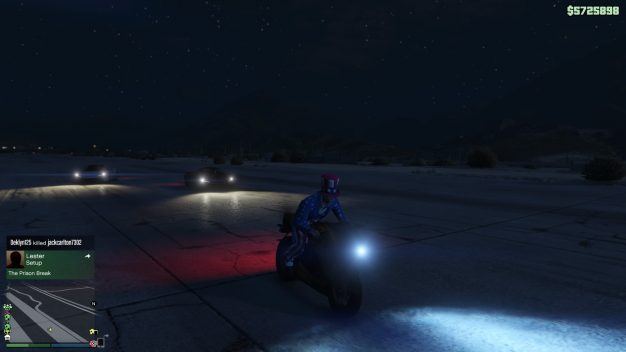 I can only apologize for the poor quality: WordPress reduces image quality to help loading times on your end.

This is clearly a Rockstar event, and so we follow the cars as they race a little clumsily around the airfield until they lead us to a starting line. It’s huge, decorated for a street race, and flanked by at least 10 cheering crowd members. And it’s sitting mid-way down a runway that we’d been wheelie-ing along for in-game hours. 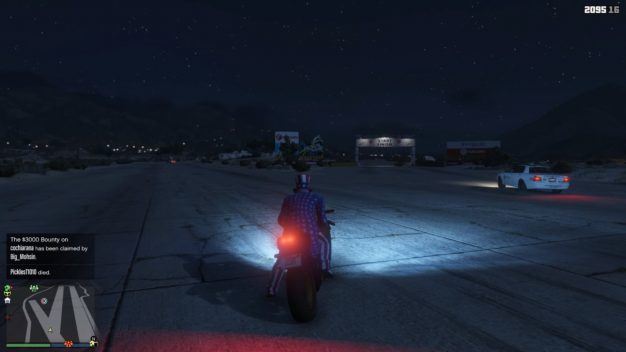 Yeah, the feds turned up, spoiled the fun.

Of course, we eventually get bored watching them crash into one another, and decide to steal a couple of their cars (some of the best in the online game, I’d like to add). Shots are fired, chaos ensues, and any drivers who aren’t chewing up the tarmac have stopped their vehicles and pelted it in typical Grand Theft Auto NPC fashion. 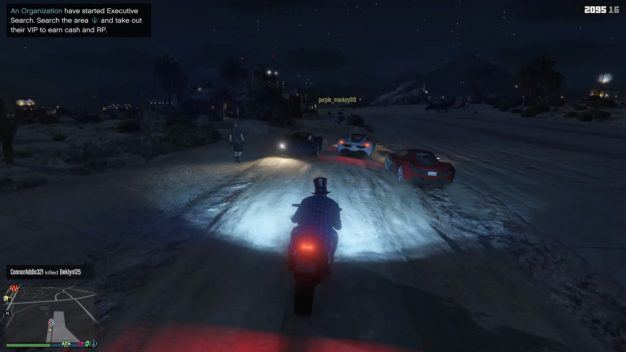 There were more cars, but, erm… we scared ’em off.

But here’s the best bit: every NPC that was taking part in this illicit-street-race event was the exact same mechanic from the post-launch game. 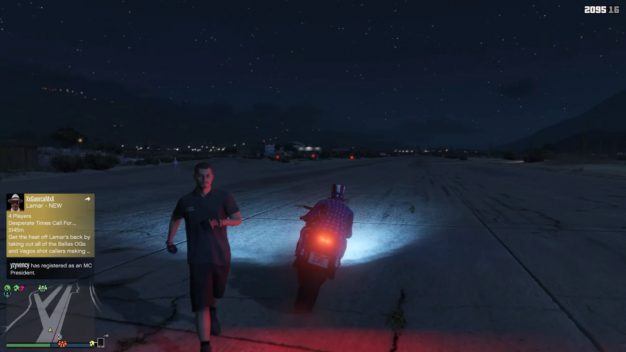 Now, I’m not one to cast aspersions, but we all know the reputation that Rockstar has built for itself over the years. Mocking everything from their own games to American youth culture, the company never could resist a significant handful of Easter eggs, and their story mode is notorious for being filled to the brim with referential collectibles that only a handful will be able to find (see the infamous hatch from TV show Lost as a great example). 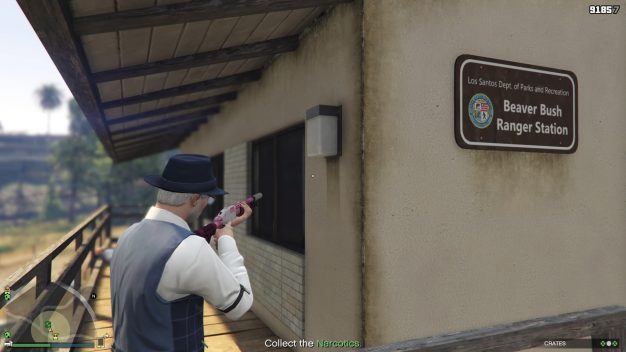 Imagine how tempting it must have been for the dev team at Rockstar HQ: you’ve removed a well-known NPC from the game, but kept his functions as though he still ‘exists.’ So what does he do, if he’s not visibly delivering cars?

Oh, and the icing on the cake… When exactly was this elusive event spotted by myself and my friend?

If nothing else, this is the most appropriately-timed Easter egg in the history of Easter eggs, maybe ever. And even if Rockstar aren’t intentionally harking back to the days of NPC mechanics, it’s still something particularly fun to look out for when next you visit Sandy Shores, and serves to prove that the game can still surprise, even after all these years.

P.S. – Drop me a comment if you’ve spotted something similar!