My games of choice usually involve explosions, gunplay, sexy damsels and alien races, but there are times I want a different type of experience.  What attracts me so much to video games is the freedom that game developers have to tell different types of stories; sometimes I feel like a good romp through the deepest reaches of outer-space and sometimes I don’t.  In trying to find a game that offered an experience unlike what I usually gravitate toward, I stumbled across Blackwood Crossing from UK developer PaperSeven.  You can tell immediately that this was a labor of love from a handful of girls and guys who got their start at the now defunct Black Rock Studio.  As the story plays out, you will deal with issues of anger, betrayal, loss and love so have some tissues handy because you just might need them. 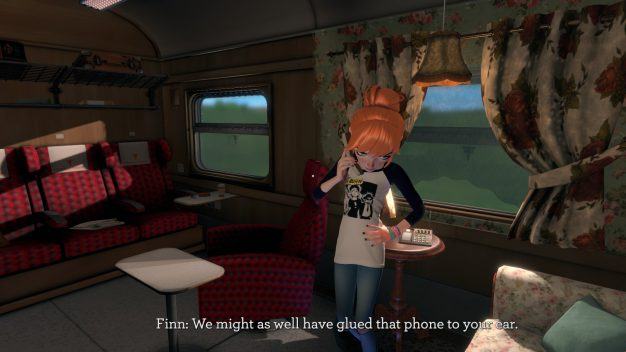 Scarlett is becoming a teenager and is trying to figure out what it means and doesn’t at first understand how her new interests are affecting Finn.

Video games don’t often deal with realistic real life issues, but Blackwood Crossing does so in such a way that it left me thinking about the events of the game for days afterward.  You play as Scarlett, a teenager dealing with getting older and trying to figure out how to do that without pushing away her younger brother, Finn.  This is a story-driven first-person adventure game that presents an intriguing and emotive tale exploring the fragile relationship between orphan siblings.  Finn is getting increasingly angry with Scarlett as he begins to feel forgotten by his older sister and she struggles to understand the changes that are taking place in her little brother.  During a seemingly ordinary train ride, their paths cross with a mysterious figure and evolves the story into something magical, heartbreaking and honest. 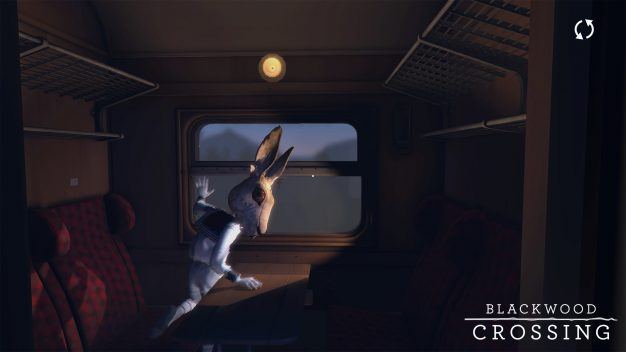 This mysterious figure kicks everything into motion leading Scarlett and Finn down the path to discover the truth.

Blackwood Crossing plays just like a first-person adventure game and while the main focus of the game is on the narrative arc of the characters, you will proceed through the game by solving puzzles and interacting with several different characters.  These characters are the people who are most important to the siblings and who they depend on.  In order to interact with the environment, you will receive on-screen prompts that inform you of when you need to manipulate specific objects to solve a puzzle.  Most of the mechanisms that you will need to use comes in the form of simple communication between characters.  You have to interact with characters in a precise order for them to tell their story so you must listen carefully to what they’re saying and work out the correct order to advance the narrative. 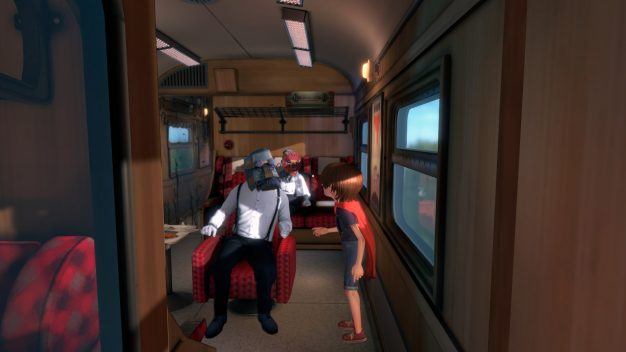 All of the other characters that you encounter wear construction paper and yarn masks that hide their identities so you have to figure out from their dialogue how they fit into Scarlett and Finn’s life.

The visuals and the soundtrack meld together so seamlessly that I almost forgot I was playing a video game.  The look of the game is stylistically cartoon-y and playful but that doesn’t stop the heavy undertones of grief, despair and sadness permeate to the surface.  It adds a layer of mystique to the game that helps to push the story along while making the setting feel believable.  The music, as well, is haunting and fills this world with a mood that can only be described as being covered by a veil of profound sadness.  These elements come together to create a reminder that life can be fleeting, and while it has become sort of cliche to say as much, hug those that are close to you today because they might not be here tomorrow. 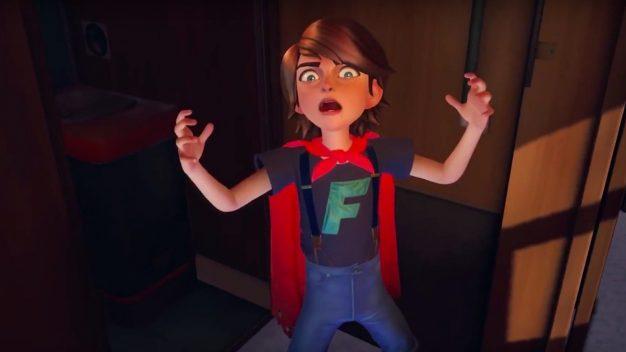 Finn is angry that Scarlett doesn’t spend as much time with him as she used to. He hates that she is developing other interest and feels like she is abandoning him.

I did have one issue with the game and I almost feel like a dweeb for even bringing it up because I know why this feature is the way it is and it has to do with the length of the game playtime-wise.  You navigate the environments on foot for the entirety of the game at what felt like to me a turtle’s pace.  I am used to playing fast-paced FPS games mostly where you are capable of getting to where you want to go at variable speeds.  In Blackwood Crossing, Scarlett has only one speed and that speed is slow, very slow.  This got painfully obvious as you have to backtrack a lot in a few of the main areas and that definitely took me out of the story.  As I stated, I realize that the slow pace of Scarlett’s movement was chosen because the game would take a lot less time to complete than it already does and it makes you consider your surroundings a lot more. 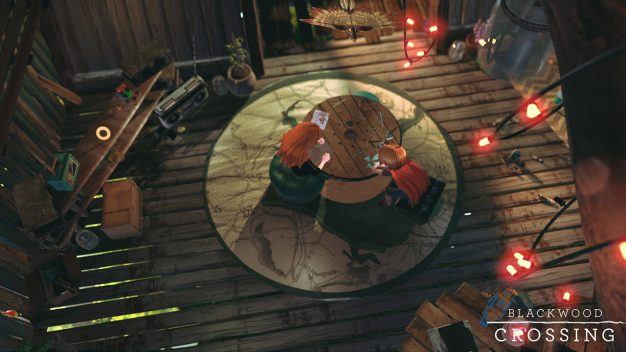 Your journey starts on a train but you will visit a few other locations to mix up the visuals and give the game more life.

Blackwood Crossing is only about three hours long, give or take, so it won’t take you too long to get through; to be honest, that was about all my emotions could take.  I realize that this review is somewhat on the short side, but the game is such an enjoyable (and somewhat brief) experience that I didn’t want to spoil even the tiniest bit of what takes place.  If you read this, I want you to go in with only what you have seen in the trailer or in the screen shots provided, because this is a game that needs to be experienced from beginning to end with no prior knowledge of how the story unfolds.  PaperSeven is a small independent studio so downloading this game on the PSN store for $15.99 will go a long way to funding their next big project.  These are the folks that we need to be supporting because they are guaranteed to deliver gaming experiences that will stay with you for years to come.

I played this after binging on Mass Effect and The Legend of Zelda since their launch, over the course of two nights. It was a refreshing experience that made even more of an impact on me because I was ready for something off the beaten path, so to speak. This is a gem with a story that I won’t soon forget, and nether will you.