After a slightly bumpy landing, the latest substantial update for EA DICE’s World War 1 shooter Battlefield 1 has arrived. The announcement was made mere moments before the update rolled out across consoles and PC, after a week-long delay that seemed to be a result of a slow verification from Sony and Microsoft.

It also comes with the news that the game will – from this point onward – be receiving updates on a monthly basis, which will presumably tend toward general game stabilization, bug fixing, and the implementation of smaller features. 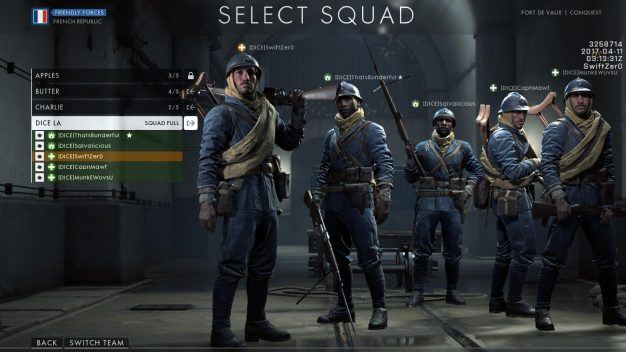 The most significant new addition to the Battlefield 1 ‘smaller feature’ roster is the new platoons social groups. A little like the Grand Theft Auto ‘Crews’ feature, you’ll be able to create your own platoon, with custom name, clan tag, emblem, and even motto. So far, the scope of features is limited, but this is a beta phase; at the very least, as platoon general you’ll be able to accept requests for admission, manage your squad-mates, and even rent serves just for your 100-person-maximum platoon. 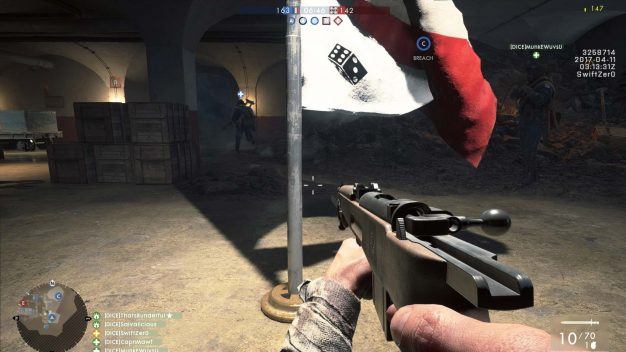 Capture the objective in style.

What else is new? We’ve got a brand new ‘medic revive intent’ feature which means that those who are waiting for that crucial revive will be alerted when a medic intends to actually do their job; the medic has the option to ‘mark’ the expectant corpse so that they’re made aware of their imminent arrival. No more watching the ‘distance count’ fade off into the distance as a medic walks right over your dead body, crushing your hopes and dreams. 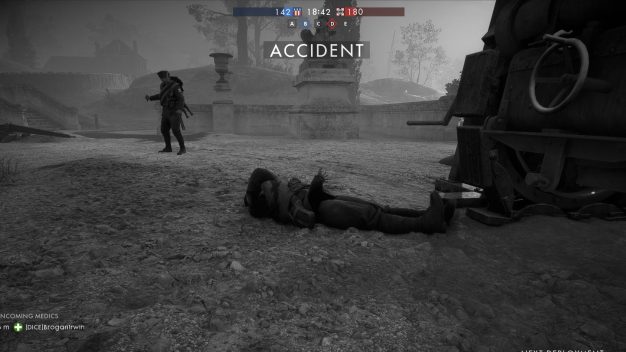 Server admins have been granted more unique privileges, such as being able to add other players as admins, and also password protect their server to avoid random trolls (or, whatever). There are also 19 new ribbons to collect, after the successful launch of that particular feature in the winter of last year, as well as 5 new dog tags.

But you want to know about the new weapons, don’t you? There are 4 to unlock, all variants on the original ‘rank 10’ class weapons. All new weapons require 300 kills with the original weapon, alongside certain (painfully difficult) extra challenges. Assault players will unlock with 15 AT mine kills the Hellreigel 1915 Defensive; Medics with 25 rifle grenade kills, the Selbstlader 1906 Sniper. Support players need 15 kills with the Limpet charge for the Huot Automatic Optical, and the Scout class requires 25 bayonet charge kills to unlock the Martini-Henry Sniper.

Next on the list is the significant gameplay changes made to the first Battlefield 1 DLC, They Shall Not Pass. Those of you who have played maps like Verdun Heights or Fort de Vaux on larger, objective-based game-modes such as Operations or even Rush will know that these smaller maps suffered from massive imbalance. The attacking team suffered heavily due to tight map limits, small capture zones, and a distinct lack of behemoth advantages; no surprise, then that DICE have overhauled the offending maps to weight games more evenly.

On Operations, this translates as an increased number of tickets per battalion (350, as opposed to the original 250), as well as slight boundary changes to reduce spawn-killing, and increased capture zone size. These last changes have also affected the map Soissons, which was prone to equally defensively-weighted games, and its operational counterpart, Rupture.

What ought to follow is an extraordinarily detailed summary of every gameplay change made by the Spring Update. I’ll leave that for you to peruse on the Battlefield 1 news page, but will draw out one or two interesting changes that I think you’d like…

Planes have been nerfed. No longer will you be ruined by splash damage from a fighter pilot who’s gone 81-0 without ever once playing the objective: any launch-able projectiles that can be equipped to fighter or attack planes have lost splash damage benefits, so masterful accuracy is now required. Anti-Aircraft installations have also received a buff, so to anyone who enjoys wailing on infantry with a flying death machine, heed my warning: I’m coming for you. 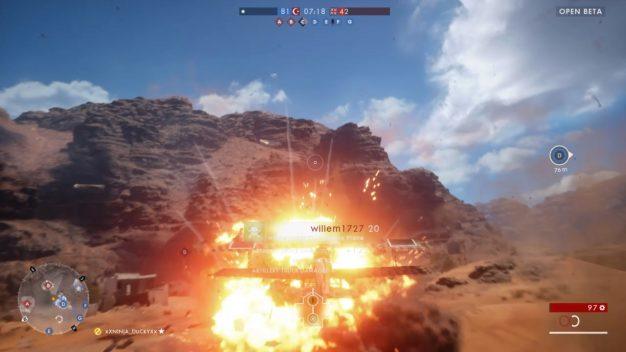 Resupply mechanics have also been reworked. Now, I’m not entirely sure whether this is to the benefit of the community, because it’s all very confusing stuff, but the gist of it is that suppressing fire will slow lethal grenade resupplying when within range of a crate, and nullify them totally when not, but lethal grenades will resupply more rapidly, provided you’re within range of a crate. Make of that what you will.

The next big thing for Battlefield 1 will be the free-to-play map, Nivelle Nights, which will drop at some point in June across console and PC. Rumor has it that this will be paired with Giant’s Shadow (the last free map for the game) to make a brand new Operation. The next full DLC for Battlefield 1 is In the Name of the Tsar, and will arrive at some point… soon. DICE?