Dr. Vendetta and his robotic army is at it again. Launching on the PS4 and Xbox One is the long-awaited DLC pack for the whimsical 3D beat ‘em up game ZHEROS, entitled The Forgotten Lands.  I say long-awaited because the base game launched waaaaaay back on January 15, 2016; about 475 days ago at the time this review was written.  This DLC sports new Asian-inspired surroundings and atmosphere and a bevy of new content that will extend what is offered in the base game.  If you picked this one up and were thinking of revisiting it, this would be the time to do so. 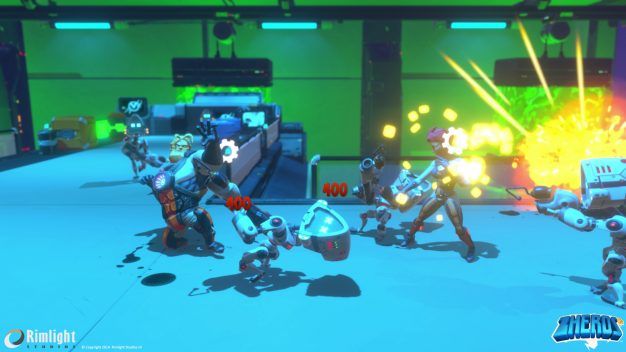 The Forgotten Lands DLC offers a host of new features that are crafted to beef up an already pretty stout game.  Rimlight Studios boasts that the DLC will offer a new playable character, 8 new levels, a brand new vehicle, new moves to expand your arsenal and new powerful and mystical creatures trained to stop you at any cost.  The game packs high-energy sci-fi action, a quirky sense of humor and a hell of a lot of ass kicking as players fight against Dr. Vendetta’s robotic army while he attempts to turn every living creature into an army of bad-tempered weirdo minions. 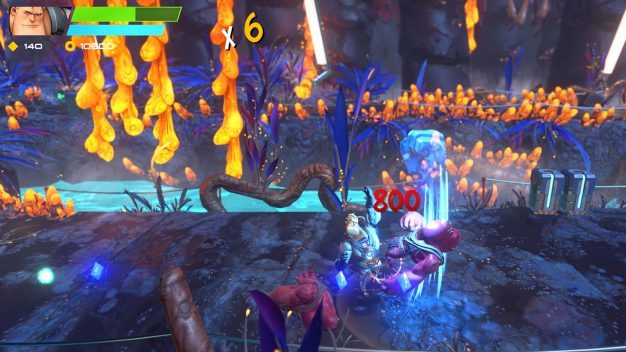 ZHEROS is a brutal, fast-paced beat ’em up that sees you smashing your way through hordes of robotic and bio-robotic minions of Dr. Vendetta.  While I found the gameplay to be fun, many of the levels were long and didn’t offer a whole lot of variety in the types of enemies that the game was throwing at me.  That issue notwithstanding, just being able to pound the sand out of enemies was somewhat therapeutic after a long day of helping seniors figure out how to sign in to Facebook on their cellphones during my day job.  While the game definitely has promise, I did have some issues with the game that really kept me from totally enjoying my time playing. 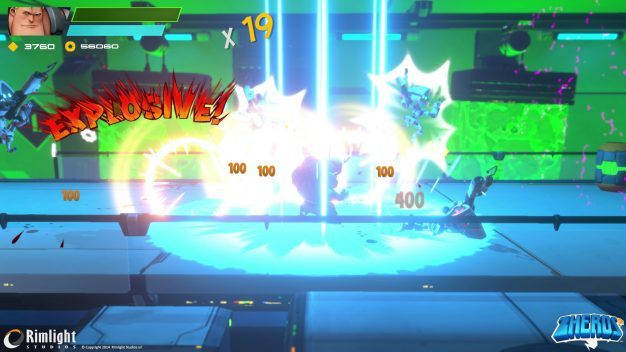 The cool sci-fi aesthetic and cartoon graphics aside (this setting is normally my jam when it comes to beat ’em ups), I experienced some major technical issues that just made reviewing this new DLC to be chore.  The first issue that I ran up against was the fact that the levels would hang while they were loading.  During my very first play-session, the first level stalled out at 84% for about ten minuets before I had to back out and try again.  It did load on the second try but I noticed that all of the successive levels that I attempted to play also took a really long time to load.  That issue alone really astounded me as the game is over a year old and should have been optimized for the PS4 by now. 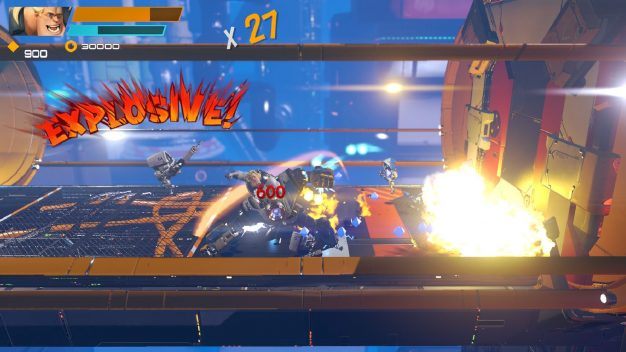 While long load times isn’t something new to the gaming world, it is something that I can live with as long a the gameplay is melting my face off with awesome, in-your-face action.  However, the next issue I experienced was so frustrating that it made me lose a little enthusiasm for reviewing this title.  The other issue that I ran into was at the end of level 1 – 5, as the game was saving my progress, it threw an error and the PS4 had to shut the game down and restart it.  I am a PC gamer as well, so games freezing or crashing is something that I have come to expect on that platform, but I have never had that happen to me on any console that I have ever played and I have been gaming since the Atari 2600. 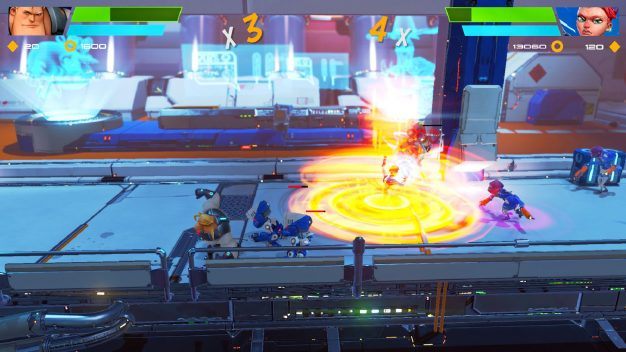 ZHEROS: The Forgotten Lands has promise but I don’t know if its worth it to the developers to continue to put resources into a game that is over a year old at this point.  The new additions are great and really adds a lot of quality content to this game but the performance issues are a problem.  Give this game and its new DLC a little more time for Rimlight to maybe see if they can fix these issues.  Otherwise, its just not worth the aggravation that you will undoubtedly experience if you garb this one now.  If you already have it or if you downloaded it free on Xbox One, give the DLC a chance and see what you think.

This review is based on a copy of the game and the DLC provided by the publisher.

+ Great visuals
+ The soundtrack is outstanding
+ Punching robots in the face. Need I say more