There’s nothing quite like an exploding farm animal to remind you of one of Team 17’s all time hits. Our little pink friends the worms have been blowing the hell out of each other for about 20 years now and from killer sheep to lethal bananas we’ve seen them throw everything bar the proverbial kitchen sink at one another.

To help us continue the time honored chaos Team 17 have just released a free content update for Worms WMD. The fan favorite “Forts Mode” is now available for PC, Mac and Linux. Xbox One and PS4 users will also be receiving the update at some point in the near future. 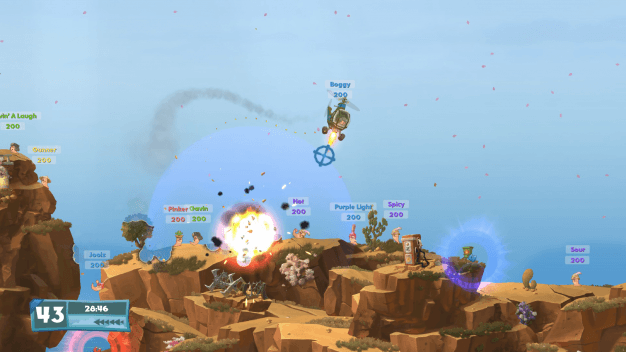 For those of you that know nothing of the worms: You take on the role of a squad of the little critters and venture out across some beautifully drawn, (and often somewhat strange) 2D environments and defeat your enemies using an arsenal of weaponry both familiar and totally un-orthodox in turn based mayhem. The whole experience is largely physics based, so where you drop your mines and throw your grenades actually impacts on the environment around you and any unfortunate friendlies that happen to be caught in the carnage. This can result in some truly hilarious game-play. 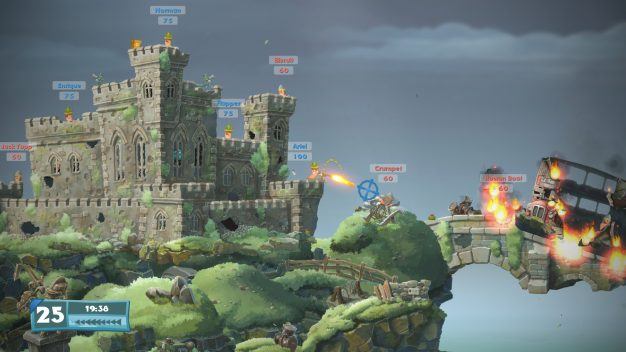 Worms WMD takes the classic model and adds to it by bringing in vehicles, buildings and mounted weaponry. All this comes on top of 80 weapons and utilities including the “Dodgy Phone Battery” and “OMG Strike” with which to exterminate your opposition. A crafting system has also been added to give you something to tinker with while your opponent takes their turn. Do you fancy an “Electric Sheep?” Done! “Bazooka Pie?” Why not! You could even make the “Holy Mine Grenade.” 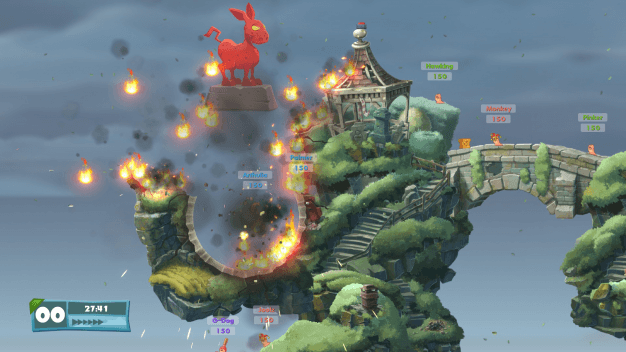 So take all of the above, a 30 mission single-player campaign mode, frantic multi-player and now this new free addition to the madness and it has to be said you have a pretty awesome mix. As you can probably tell this is a favorite franchise of mine but that’s largely because I grew up with it and have enjoyed it since the beginning. I would say this one was worth picking up purely for the giggles if nothing else; maybe I’ll see you on the battlefield?