“Existence is relationship, and you are smack in the middle of it.” The man who uttered these words – British philosopher Alan Watts – is a man whose voice will become familiar to you as you explore Everything. His adaptation of Far Eastern philosophy for Western audiences forms the pivot around which this surreal dreamscape of a game revolves; his own musings on our relationship with the infinite – immortalized in recordings of the cadences of his voice – litter the cosmos, to offer true food for thought as you come to terms with the intricacies of Everything. 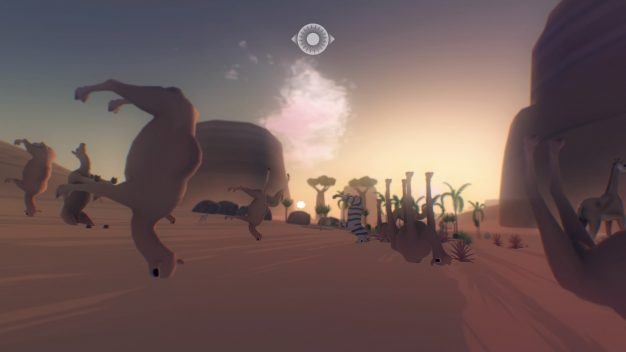 Whether flora or fauna, you move about the environment by rolling Katamari-like.

The question is “what is Everything?” Designed, created, and funded by David O’Reilly, Everything is a game in the loosest sense of the word. You’ll notice elements of an open-world sandbox, a sort of philosophically-engaged No Man’s Sky; but that’s too limiting, because you are the open world, you are every grain of sand in the box as well as the box itself. The protagonist of this particular title is Everything. Whereas with a Bethesda game, if you can see it, you can visit it, with Everything, if you can see it, you can be it. 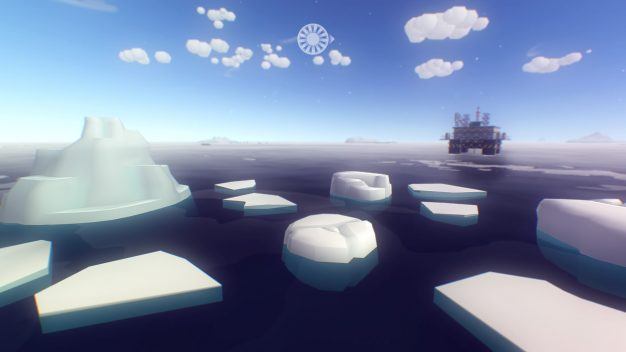 There’s nowhere you can’t go, nothing you can’t become…

I began life as a snow leopard, rolling comically around as the four legged creatures in this game so bizarrely do. Instructions are minimal, and it is not long before I’ve discovered that I can communicate with other things by singing, and form a group of snow leopards that roll and dance and sing alongside me. I’m then challenged to adjust my perspective, and descend into a small stone. After rolling around for a while, I decide to test my limits, and descend further still, becoming a particle of snow. Then a microscopic organism. Then a molecule of oxygen. Then a 3-dimensional shape. Then a 2-dimensional shape.

You get the idea.

Panicked, I resurface as a snow leopard, and am now told not to descend, but to ascend. So I become a fir tree, and then a continent, a planet, a star, a galaxy. And then, just as I’m teetering on the brink of mental implosion, something extraordinary happens: I move from a galaxy to a 2-dimensional shape, and Everything places both hands on my back and pushes. 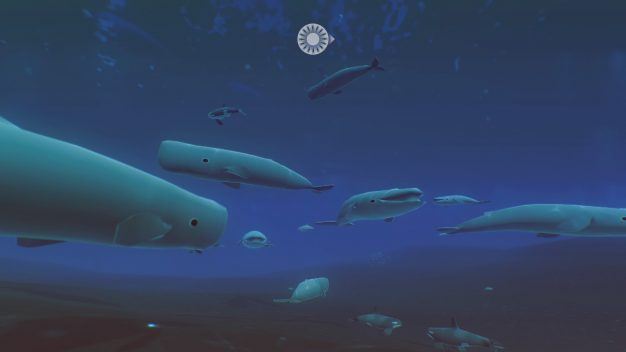 The only goal that drives your progress through Everything is the completion of the tutorial. This vague sense of structure is deceptively challenging, requiring you first to return to your place of origin – a task made borderline impossible by a lack of objective indicators, HUD maps, or even recognizable landmarks – and then to escape from a hellish realm of psychedelic, self-obsessed things, all of whom are broken and none of whom have managed to come to terms with Alan Watts’ philosophy. 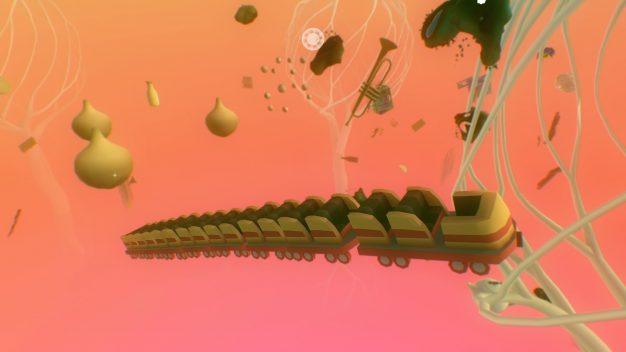 As a game, Everything is strongest when you’re willing to experiment. Gather an ensemble of similar things and charge through the infinite; bounce from entity to entity until you’ve filled the pages of your Encyclopedia. I spent a significant amount of my time on Everything rolling as an avalanche of large boulders across the unending grassy hills of a green continent, simply because I could – you’re given the ability to become any of your previously encountered things, at any phase in the ascent/descent cycle, so the possibilities are endless and highly entertaining. 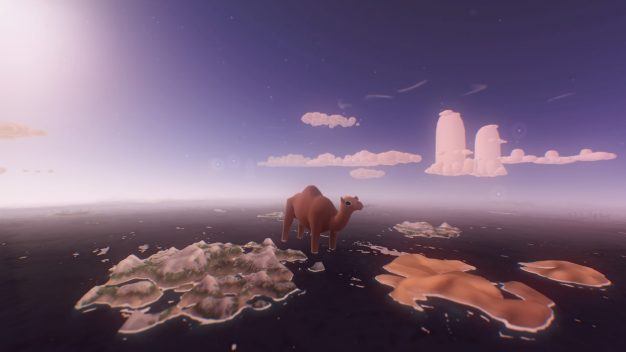 Everything is also beautiful. Watching the sun rise and set in a matter of moments from the perspective of an oil rig is an unparalleled visual gaming experience, and though the environments are low-poly the effective use of an eerie modern synthetic score (from composer Ben Lukas Boysen) and a soft color palette contribute to the overwhelming sense of calm that pervades Everything. There is no violence, none of the weaponry or conflict that tends to comprise the modern open-world experience; there is just endless tranquility, singing and dancing. Is it any surprise that Alan Watts experimented with psychedelics? 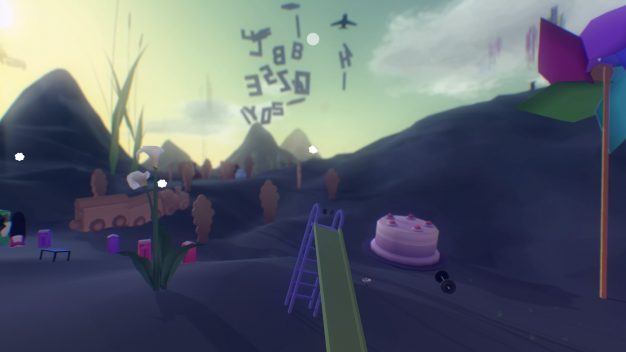 I’m not sure that Everything is meant to inspire longevity in replay value. I think that Everything might best be summarized as an interactive philosophy lecture – and before you groan at the prospective boredom, consider that this particular brand of philosophical inquiry has been torturing philosophers for centuries. If you love to explore vast expanses of rendered game-world; to collect and consolidate enormous libraries of stuff; or simply to play as hundreds of different characters, Everything is definitely the game for you.

And heck, who knows, you might even learn a thing or two about the value and meaning of life.

Everything you've ever wanted, and more

David O’Reilly has a dream, it seems: a dream that involves bringing sophistication to an industry not well renowned for excessive displays of depth. Everything melds philosophy and gaming with frankly astonishing results, walking the line between the two without ever falling into either; you may come for the creativity and the beautiful design, but you’ll stay for the conversation and the cerebral exercise.