Question of the day: Who amongst you, (above the age of eight,) has had aspirations of becoming a Power Ranger? C’mon, own up, there are nowhere near enough 30 somethings with their hands in the air. We all grew up with the slightly wooden characters and over acted plot lines of this show and we absolutely loved it. The fact that everything was a little bit hammed up just made things better. This is the theme of our little bit of news involving Chroma Squad.

Bandai Namco have announced that they’ve just released Chroma Squad in the Americas for PS4 and Xbox One. For you lot who like to game on the go, a mobile version of the game will also be available for download via Google Play and the Apple App Store. 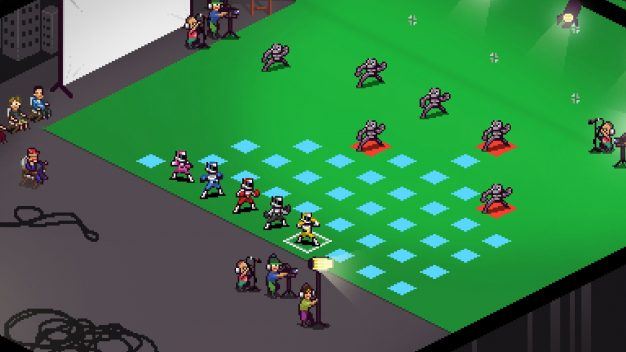 The title, which has been developed by Brazilian indie developer Behold Studios, is a tactical RPG featuring classic sprite-based graphics. The story is presented in the humor-filled Tokusatsu Style. Think of all those live-action Japanese sci-fi films and TV shows filled with over sized monsters and dubbing so shocking that a two word sentence seems to last an age. The really good ones that are good because it’s quite clear that they’re designed to be as B-movie as possible. 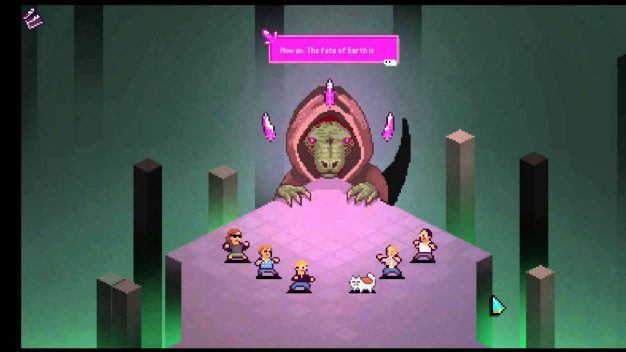 I know you’re still wondering what any of this has to do with the Power Rangers but that show was done in the Tokusatsu Style and this game allows you to take the role of a Power Ranger … well … sort of. Chroma Squad is inspired by Saban’s well known show. You take the roles of five stunt actors who have decided to quit their day jobs to live out their dreams of being, yes, you guessed it, Power Rangers.

Players will have the chance to run their own TV production studios, customise and equip their teams and direct them through turn-based battles to create their own TV shows. 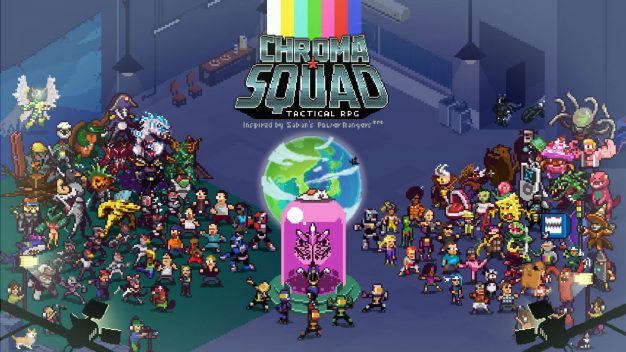 The premise behind Chroma Squad is chuckle worthy enough but when that unmistakable Japanese style is added this becomes a recipe for hilarity. If you’re in the Americas and this is something that fits your sense of humour, or if you just fancy seeing what this game is all about, you can grab yourself a digital copy on the Playstation Network or from the Xbox Store for $14.99.