Nintendo has developed the ultimate party console in the Nintendo Switch. Games like Mario Kart, ARMS, and Splatoon 2 are meant to be played with friends. That being said, it comes as no surprise that they reached all the way back into the early 90s in order to bring back the arcade style basketball game. NBA Playgrounds, developed by Saber Interactive, is a game that feels like a trip down memory lane. This style of wacky, over-the-top shoot out game was all the rage in the late 90s early aughts, and I for one am glad for is ridiculous return. 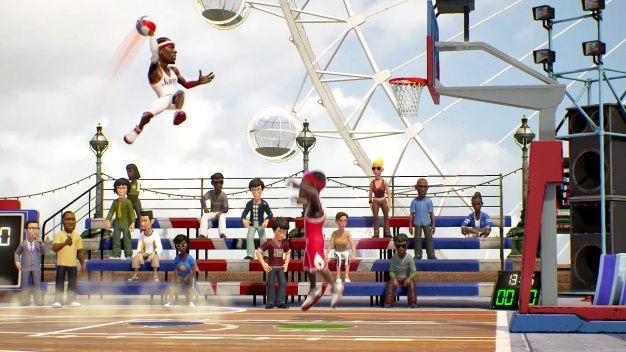 NBA Playgrounds brings something to the Nintendo Switch that it was desperately needing – variety. So far, all of my Switch parties have involved racing in some shape or form. Whether it was Fast RMX when the console launched or Mario Kart 8 Deluxe, which was released back in April.

NBA Playgrounds is simple enough to pick up and play, yet deep enough to keep you playing for a long time to come. When you and three friends are in the middle of a match, doing crazy combos and making insane shots, you start to see why this style of game got so popular. At the end of the day it is pure fun. 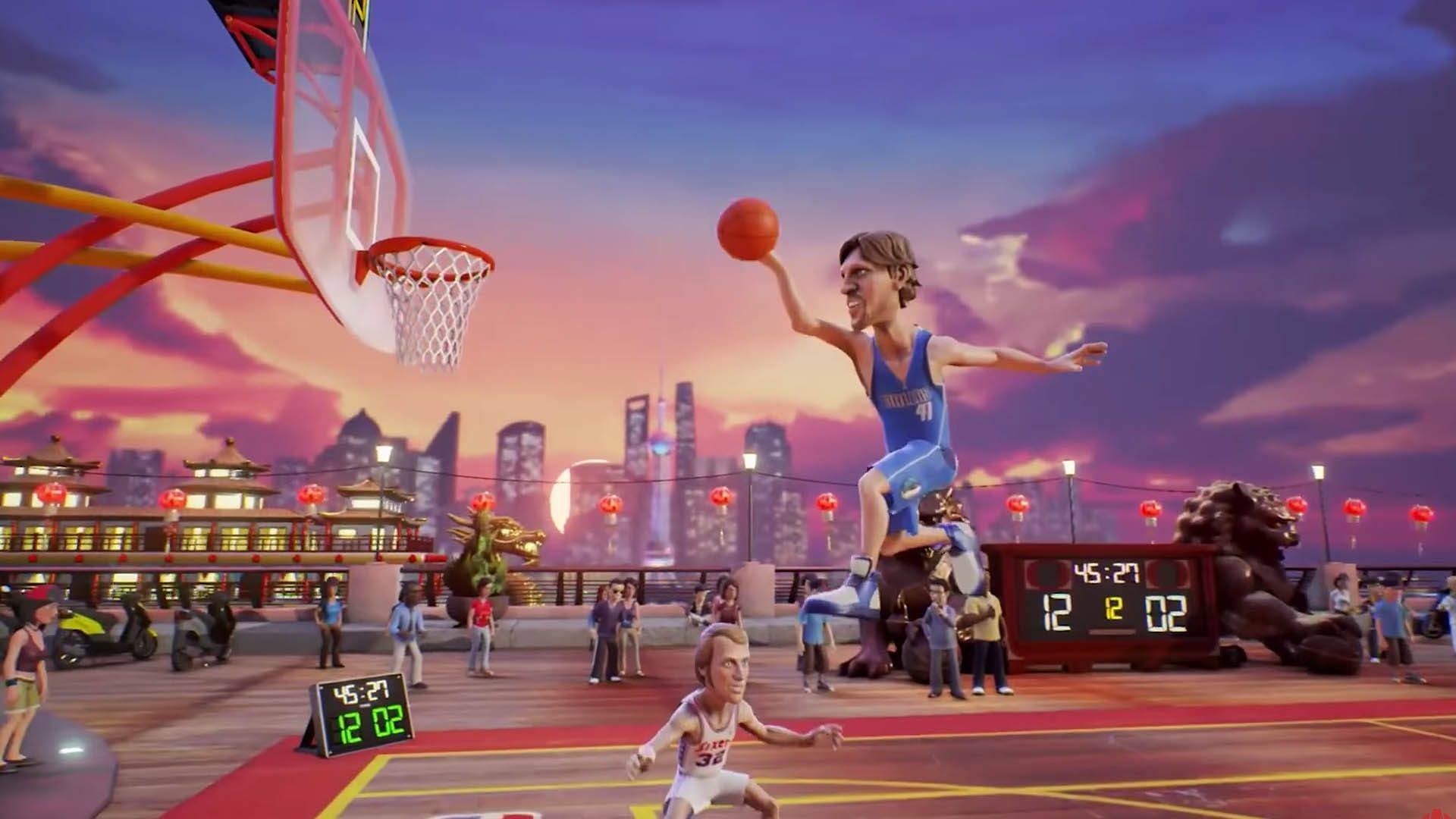 Gameplay feels solid as you steal, dunk, and shoot your way to victory. In my first couple of matches I tried to focus on taking my time and lining up my shots. That lost me the game faster than I would like to admit. Stealing the ball from the opponent is less of a trick for your back pocket and more like a bonafide strategy. Power Ups are obtained through well placed shots and can be used to shake up the game by doing things like making you move faster and giving your shots more points.

Players have a rarity meter with legends being the well known players like Shaq and lesser known players being the normal cards. You unlock players by opening packs, which gives off a middle school basketball card vibe. It would have been cool to be able you trade players with your friends but that just wasn’t in the cards. (All the pun intended) Packs are achieved by, get this, playing the game. No micro transactions in sight. That means that every player you meet online has unlocked the baller they are using against you by playing the game just like you have. 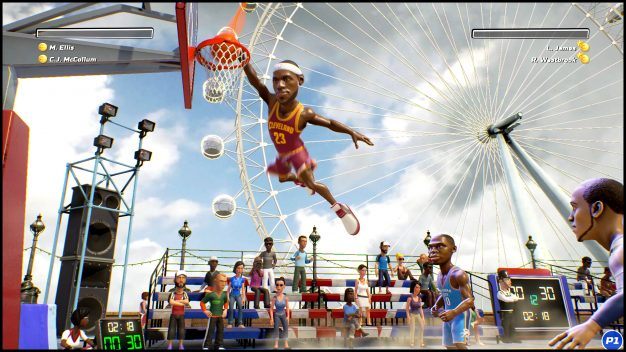 The game reminded me of my time playing NBA Street and would have benefited well from a character creator so that you could play along side your favorite pros. The game visibly pops while docked in. I never encountered a slow down while pounding up and down the court but I did encounter a couple of glitches.

The most common one was the freeze while holding the ball and force me to gain a penalty one. While the glitches never completely ruined my fun they did tend to come in the most inopportune times. Playing the game in handheld mode is another story entirely. Graphics looked completely washed out as I held the console up to my face in bed. 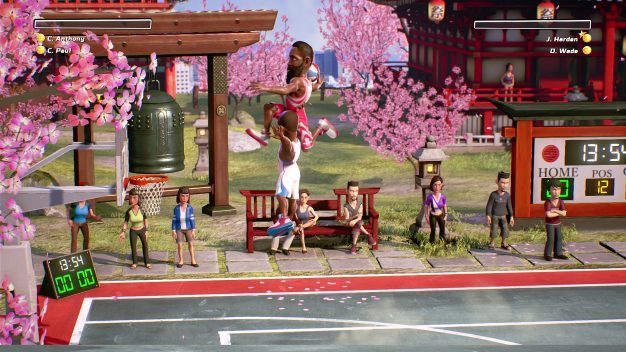 The game controls well no matter if you are using the pro controller or the joy cons. I celebrated when making an impossible shot and I sighed at easy shots that somehow bounced off of the rim. This is a game that was designed and meant to be played with others. The CPU poses an great challenge with Exhibition mode, allowing you to take part in several tournaments, but nothing feel better than sinking a 3-pointer and then turning to your friend in order to rub it in their face.

With all that being said, the best part of NBA Playgrounds so far has been its developer. Saber Interactive has shown that it is willing to listen to its community and make changes accordingly. Recently it released an update that fixed the spotty shooting system.  The success of a game is solely based on the ones who back it. And with Saber Interactive being as hands on as they have been I have no doubt that NBA Playgrounds will turn into something incredible.

NBA Playgrounds nails fun on the head with pick up and play entertainment. The graphics look a little washed out on Switch when compared to the PS4 and XB1, and gameplay glitches can tend to be a problem, but the game is still rock solid entertainment.