Rezrog is a digital tabletop role-playing game with some roguelike gameplay aspects. The game uses a pen-and-paper RPG game design, and it literally looks like a board game in a digital form. The characters you choose to play as are game pieces, and the dungeons you will crawl through will sometimes have a soda can in the background, set on a wooden desk.

The aesthetic of Rezrog is also fueled with a fun gameplay that’s very true to the likes of a RPG board game. You control a band of heroes with the builds of a typical RPG. You have a mage who is strong with magic, a paladin with a tremendous vigor of health, a warrior who specializes in melee attacks, an archer for long-range attacks, a rogue for those speedy stealthy kills, a summoner that’s self-explanatory, and a warlock that’s like a jack-of-all mages.

The main theme of Rezrog, I believe, is teamwork. You aren’t meant to just pick a favorite build and go with it. The thing is, the game difficulty is kind of brutal; the tutorial level kicked my bare mage and summoner to the curb with its main boss at the end. Luckily, when a hero is knocked out, it’s not game over just yet. 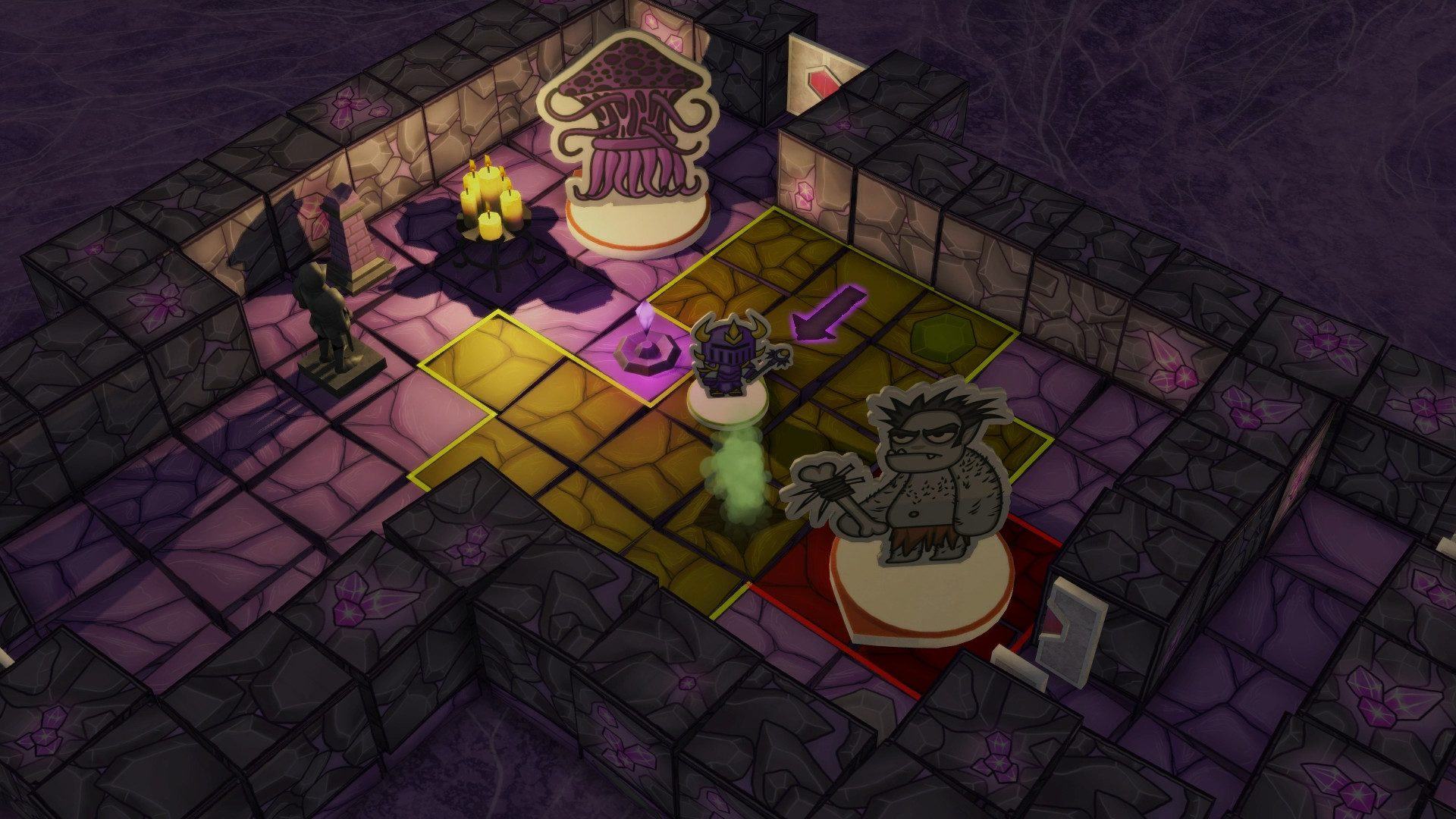 The hero gets imprisoned, and you are allowed to choose another hero to bail that hero (or heroes, in my case) by finding them somewhere in the randomly-generated dungeon. A true game over is when all your heroes are imprisoned. This is where the teamwork theme comes to play.

The items you acquire throughout journeying the lands of Rezrog can be shared among your heroes. I chose the word “can,” because it’s actually an upgrade that you must purchase with gold that is always shared among all your heroes. I actually recommend to upgrade your shared chests very often, as you will need to bounce around your equipment from one hero to the next, since some equipment are better for a certain hero than the one you are currently playing as. 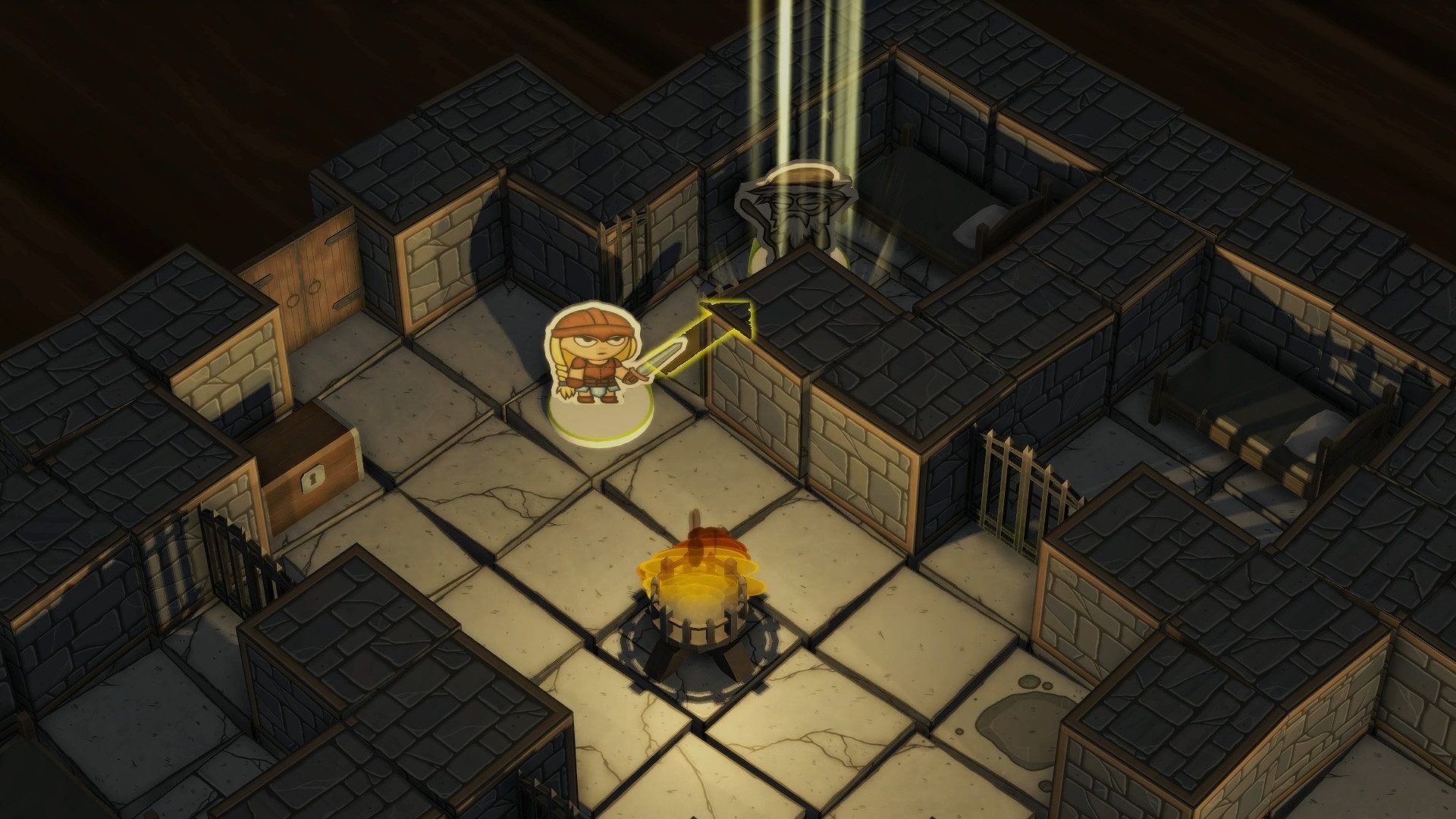 Skills are also shared among heroes, and this is what makes Rezrog a very customizable experience  – if you let it. A warrior can enhance his vitality with the paladin’s skill set, or he can wield some magic in order to get some ranged abilities. The possibilities are limitless. However, with the difficulty spike, I’d recommend not trailing out of a hero’s specialty.

In fact, if I’m being honest, a hero with melee skills (i.e., the warrior) is almost overpowered, because melee skills do not take mana to use and only suffers from cooldowns. Skills are also upgraded with repeated use and after completely filling out its experience, gems of a certain element are used to level it up. Again, with mana being almost a scarce resource, you’re better off with a skill that doesn’t require any. 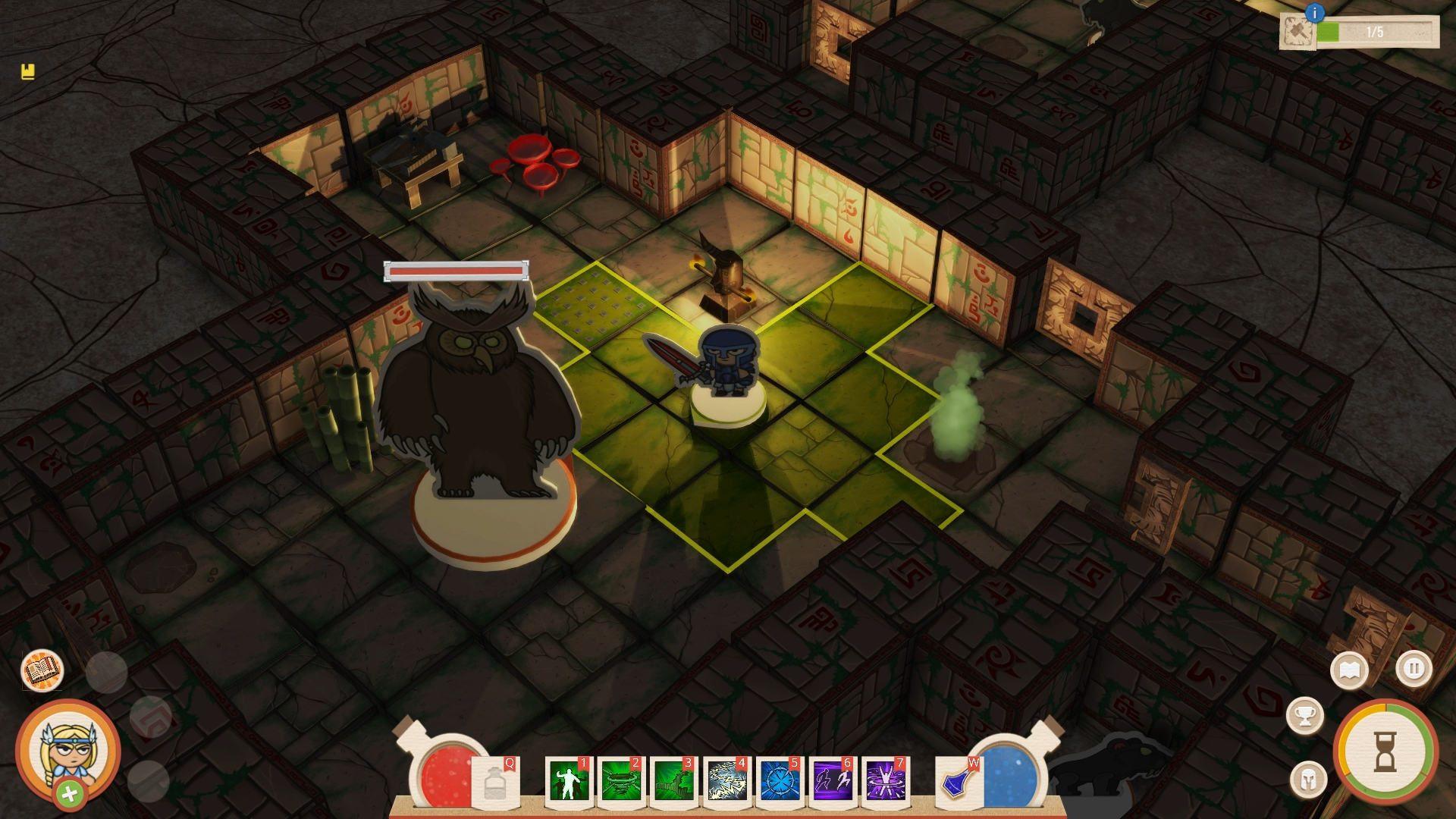 The difficulty spike of Rezrog is exacerbated by a roulette in every dungeon that gives off a random buff or debuff. The problem is that the debuffs are really intense, either making monsters being slightly stronger, more damage taken than usual, and many others. If you’re cursed with a debuff for a dungeon, the overpowered hero you think you have may not have a chance of completing it. It almost becomes a dance of juggling at least two main heroes, since if one gets imprisoned, you’re going to need the other for assistance.

In all, Rezrog is a great experience, if you can stomach the grind and its difficulty spike. With over 100 randomly-generated levels to complete, it sure will test your ability to juggle the two or more heroes you’ll be building up in order to progress. Remember, teamwork makes the dream work.

Work with Heroes to Restore Peace