Maximum Games has announced we all will get to try Dead Alliance a little bit before it fully releases this August. A free multiplayer open beta for the game will be available on July 27-31 for PC, Xbox One, and Playstation 4. 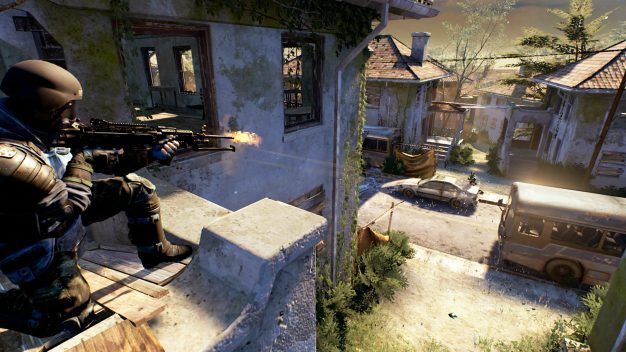 The beta will feature 3 maps and “an assortment” of game modes. We know that the full game will have a variety of 4v4 modes including Team Deathmatch, Free for All, King of the Hill, Capture and Hold, and Attrition as well as a Solo Survival mode so some combination of those modes will be playable.

The publisher also released an E3 trailer a week ago showing off gameplay and developer’s comments on the game.

Dead Alliance is a team based shooter with zombies. The zombies can be forced to fight for your side with the use of items called Zmods. If you want to know more about the game you can read my post talking about the game’s announcement here.