There is a quality to these games that most other RPGs simply fail to achieve. I love being in the world of Rivellon, I love interacting with the characters (especially those who have something witty to say), I love the combat, I love the role playing elements. Everything that Divinity: Original Sin did well, D:OS2 does just as well and often better. The passion of the team at Larian comes through in every aspect of the game.

At the basic level, Divinity: Original Sin 2 is an indirect sequel to D:OS. Where the first game took place after Dragon Commander but before the rest of the games, D:OS2 is directly in line with the original titles, taking place just before the events of Beyond Divinity. However, the player does not need to know any of that to fully understand the story. The game is fully self-explanatory, and from what is currently available at the time of writing (only the first act), you don’t even need to have played D:OS to follow along. The name persists only because the core gameplay does as well.

D:OS2 is a turn-based top-down party-based RPG set in a high fantasy world in which a type of powerful magic called Source has been outlawed and its practitioners – Sourcerers – have been imprisoned. You begin the game on a ship headed for Fort Joy, where you will be held and “cured” of your Source abilities. For the time being, you have been collared, and your Source abilities suppressed. You and any party members (up to three others) you wish to join you set out to escape Fort Joy and achieve myriad personal goals. But there’s something evil that is drawn to Source, and if the world is to ultimately be safe, it may be up to you to find out what it is and stop it. 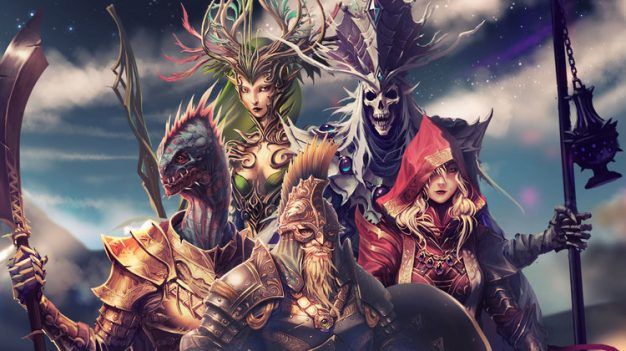 The playable races, including the as-yet-unreleased Undead race.

D:OS is set in a time when humans were the only race on Rivellon of any importance at all. D:OS2 takes place some 1200 years later, and several other races have since sprouted up and become a significant part of the world. Dwarves, Elves, and Lizardmen are all selectable for the player character (of which there is only one as opposed to the two in D:OS), and you will meet members of all four races along your journey. Depending on the race you pick, people will react to you differently. I chose to be a Lizardman, a race with a strict hierarchy and class system involving several different houses on their far away continent. Each race has unique quirks and abilities, though Elves are by far the most interesting. They have the ability to absorb memories from a dead person by eating their flesh, an ability which not only contributes to worldbuilding but also can help you on quests.

Classes are much the same as they were in D:OS; you pick an archetype (wayfarer, inquisitor, knight, etc.) and can from there shape every aspect of your character as you see fit. While each race has specific bonuses to certain traits that cannot be changed, the class bonuses and abilities can be customized to such an extent that even if you created your character as a knight, you might end up with a full-blown wizard after you’re done tinkering. Classes like the inquisitor have changed somewhat since D:OS Enhanced Edition, though the changes are ones that help the classes deserve their names more. New classes like Conjurer, Enchanter, and Metamorph do not bring unique skillsets, but they are far more honed and lethal and honestly really fun to play. 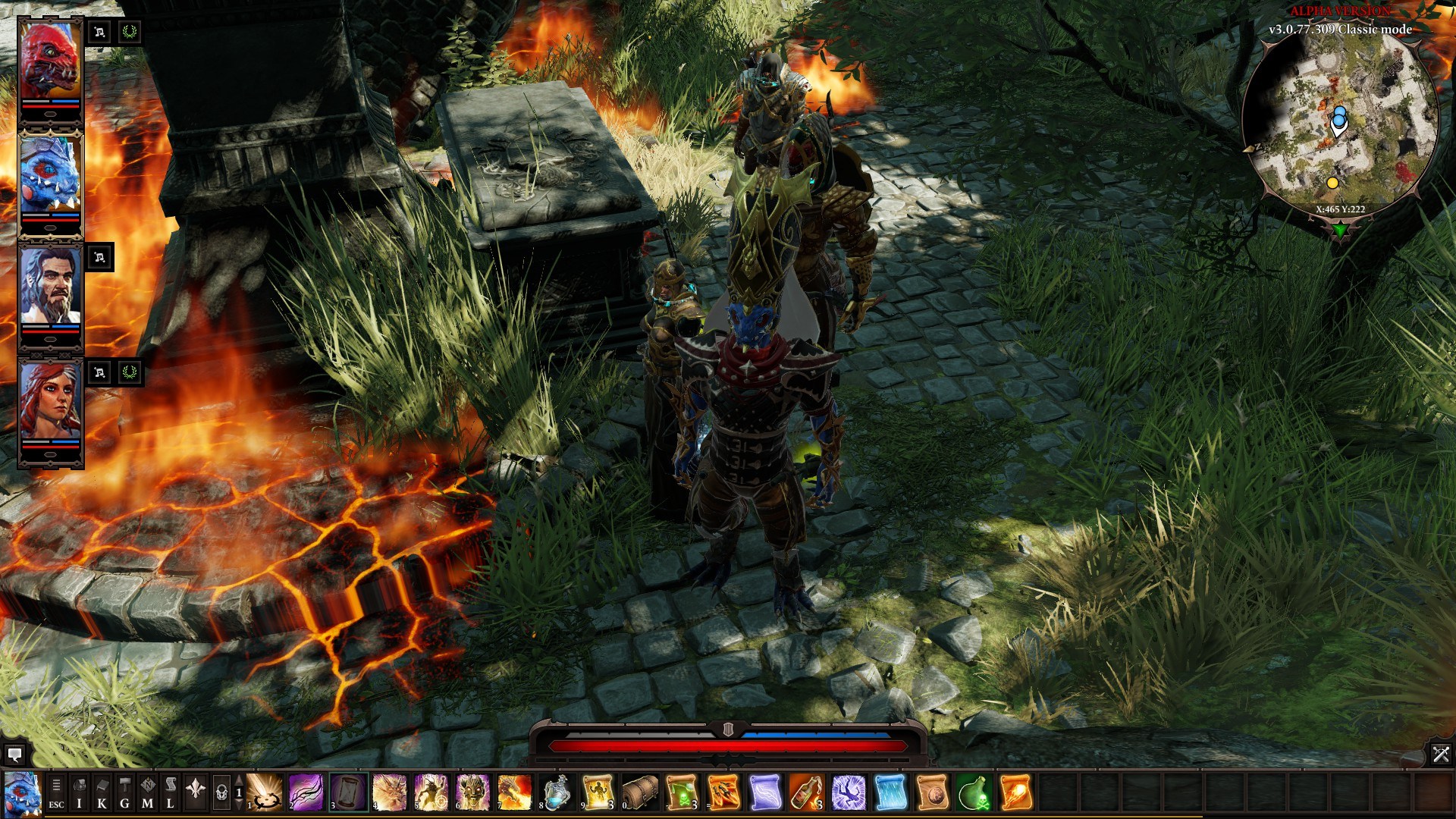 My boy Fanghorn and his loyal companions

The way combat feels is mostly unchanged from D:OS, though you have access to a much wider range of abilities from the start. There isn’t much to say about it other than it is turn based with free movement but with grid-based abilities. It sounds strange, but it works quite well and feels polished. It’s easy to get your ass kicked, so it is recommended you make sure you have at least one person with a heal ability in your party.

A statue to the Divine; a shrine to the fallen savior; one of the many fast travel waypoints in the game

The map design is incredible. Secrets abound, and the world feels full. There’s so much going on on-screen, but it’s not cluttered. The models are gorgeous and provide a real sense of immersion despite the top-down perspective. Fort Joy is well populated with interesting characters who all have unique things to tell you. However, there is a problem. As with D:OS, the first thing you do when you leave the first hub town is… fight undead. God damn it, Larian. One of my least favorite things about the first many hours of D:OS was having to fight undead. They are boring, generic, and only challenging in that they are damage sponges and hit like trucks in regular combat. Their spell and arrow selection tends to be limited, and they are generally quite straightforward to fight. I get that the undead are a staple of fantasy, but I still find it unfortunate that the first thing you see when you step out of Fort Joy is a skeleton. (Note: They are far from the only thing you fight once outside the walls of Fort Joy, and it may well be a throwback to the first steps outside of Cyceal in D:OS. It still freaked me out). 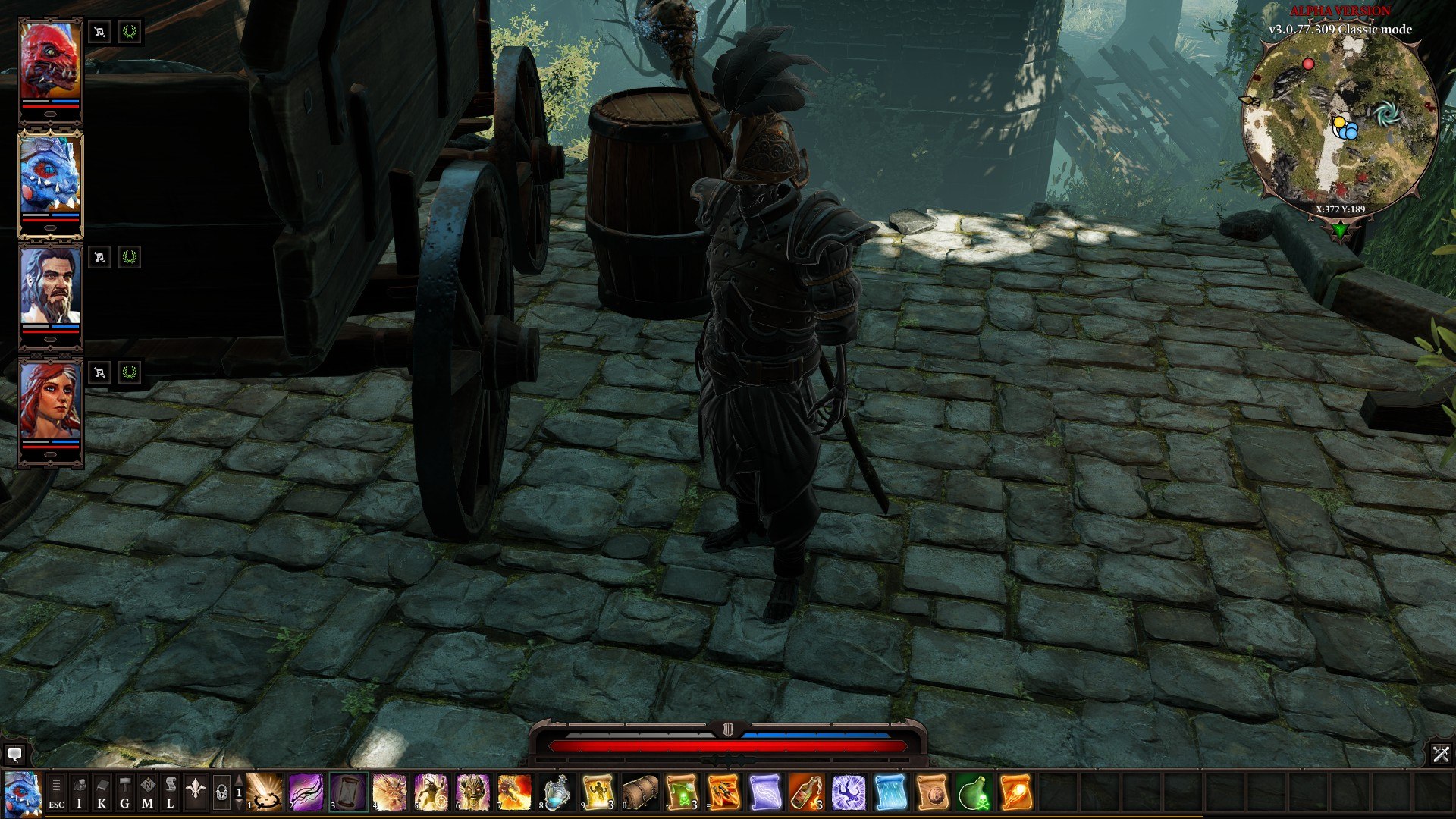 The humor and heart of the first game seep from every pore of Divinity: Original Sin 2. Characters are clever, funny, dangerous, and evil. Dwarves are appropriately goofy, and Elves appropriately Elf-y. One major change from Divinity: Original Sin to D:OS2 comes from the fact that the composer from the first game, Kirill Pokrovsky, died in 2015. As such, the memorable score from the first game has been replaced with a less memorable but far more atmospheric score. Whether this is a positive or a negative is entirely based on your taste, though I personally miss hearing Battle Force played over and over again during combat.

As the game exists currently, it is quite incomplete. Only the first act is playable, though it is a significant chunk of gameplay. Non-player party members do not currently have personal motivations, which is a great piece of content that will be coming in the full release. I have not yet encountered any bugs, and the game allows the player to cheese many otherwise difficult to get through sections (this is a very good thing. D:OS almost required you to completely cheese some fights and puzzles, and it was one of the more endearing parts of the game). I have absolutely no reason to believe that the final version of D:OS2 will be anything other than another addition to my top 10 games of all time, right next to the original.

I have not at the time of writing tried the multiplayer mode at all. However, there is a segment of the single player that is very similar, it works quite well. On top of that, the creation kit that will be released with the full game promises to make Divinity: Original Sin 2 one of the most complete games released in recent memory.

Is there any reason not to get Divinity: Original Sin 2? The only two I can think of are 1) You don’t like CRPGs; 2) You don’t like good games. Otherwise, Larian has produced a game that I honestly believe anyone can appreciate in a way that many games simply don’t warrant.

Divinity: Orignal Sin 2 is on sale on Steam right now for $45. As it currently exists you get an incomplete version of the game; many features are missing and only the first act and multiplayer are available. You get the full game upon release, and honestly, if you plan on buying the full game, I see no reason to buy it right now.