Editor’s Note: Greetings, TVGB! What follows below is my good buddy Dominick Festagallo’s take on the DLC that recently hit Breath of the Wild. Let’s take a look at his thoughts. And if you want to learn more about the expansion in video form, then check out TVGB’s YouTube channel, where our own John Hansen recorded his thoughts on the new quests right here:

Hello! The first installment of The Legend of Zelda: Breath of the Wild downloadable content for the Nintendo Switch (and Wii U) dropped at about midnight on June 30, so you know I stayed up to play as much of it as possible. After starting the manual download (press + on the game’s icon on the Home screen on the Switch), I waited about half an hour to get the sweet, sweet data. I’m not sure if that were my own connection at fault or the strain on Nintendo’s servers, but it did take longer than expected.

From here on out, there are spoilers, both for the DLC and Breath of the Wild itself.

Expansion Pass 1 includes the following: The Trial of the Sword, a gauntlet challenge which will test all of your Breath of the Wild skills – the reward for completing it is a powered up Master Sword. The Travel Medallion, which allows you to place one quick travel portal on your current location. Nine new pieces of armor with different abilities. Hero’s Path, a map feature that traces your steps. And finally Master Mode, which severely increases the difficulty of the game (though you’ll need to start a new save file).

When you first boot up the game after the upgrade, some very dark music plays and a spooky disembodied voice tells you it’s time to go upgrade your Master Sword. You’re also given a bunch of side quests in rapid succession. 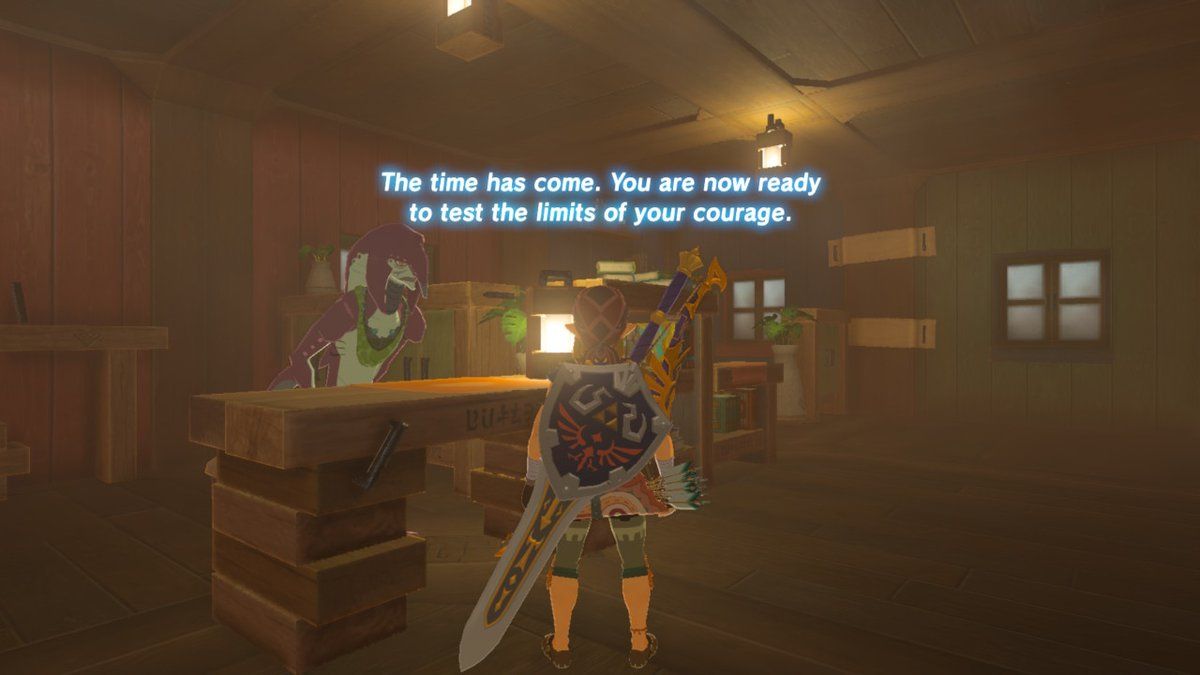 Considering I hadn’t played the game in two months, I felt it would be more prudent to shake off some rust so I decided to do the “EX Teleportation Rumors!” quest first. Luckily, this got me surrounded by a number of Guardians, so I was thrown right back into the feeling of stress that you can only get when you hear that wild piano jingle. Good times. I grabbed the Travel Medallion and tested it out. This seems like an incredibly useful item but, like everything in this game, it is up to the player to figure out how best to use it.

At this point a ladybug landed on my TV screen, which I took as a good sign. I was going to attempt the Trial of the Sword. It’s an incredibly interesting challenge, as you begin with almost nothing. You’re stripped of your weapons, food, clothing, and Champion Abilities and thrown into a survival gauntlet. You do get to keep your hearts and stamina upgrades though, so you may want to wait until you’ve completed all or most of the shrines. If you lose, you have to start all over. The Trial is composed of rooms which are each smaller than the average shrine, but feature natural environments. The first few rooms contain trees and grass while later rooms have ponds and rocks. The E3 Treehouse playthroughs also featured areas that looked like normal shrines and I’ve heard there are even more down the line.

Upon arriving near the pedestal, the Deku Tree explains some things to Link and an adorable cutscene plays. 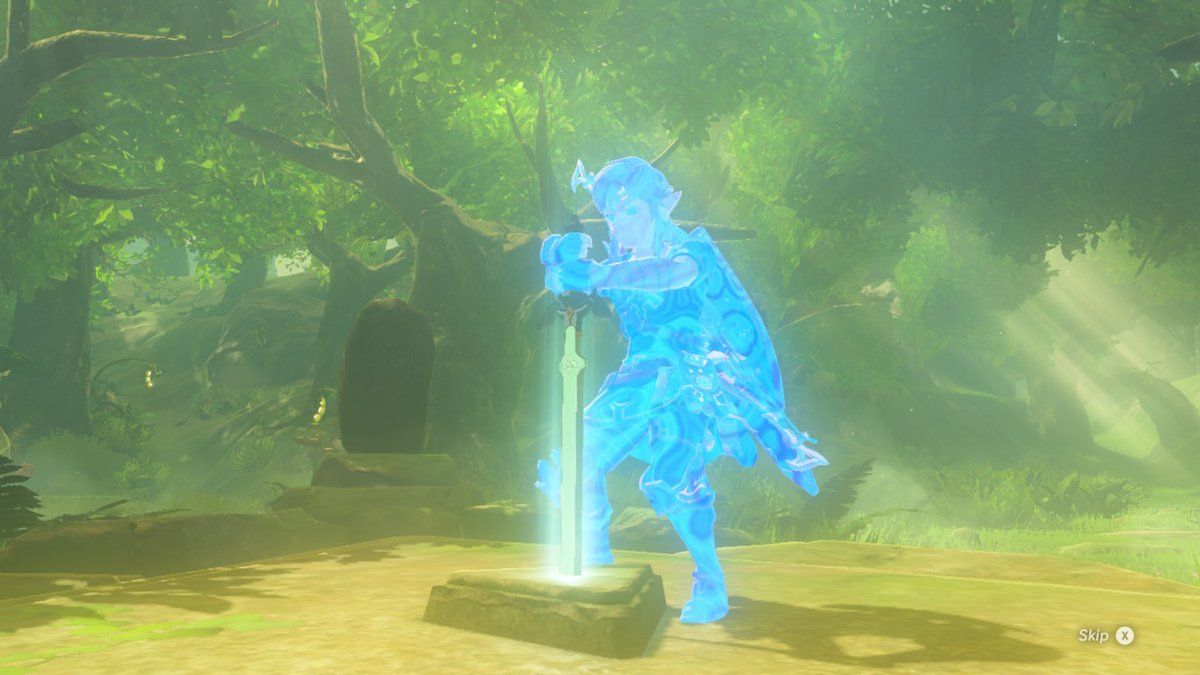 So yeah! It’s hard! I lost a lot of life on the fourth and sixth floors, and was more than happy to throw in the towel on the eighth. I went and picked up the Korok Mask which alerts you to nearby Koroks by rattling and screaming, Majora’s Mask which makes certain enemies ignore you, Midna’s Helmet which increases your Guardian resistance, and a piece of the Phantom armor set, which increases your attack power. 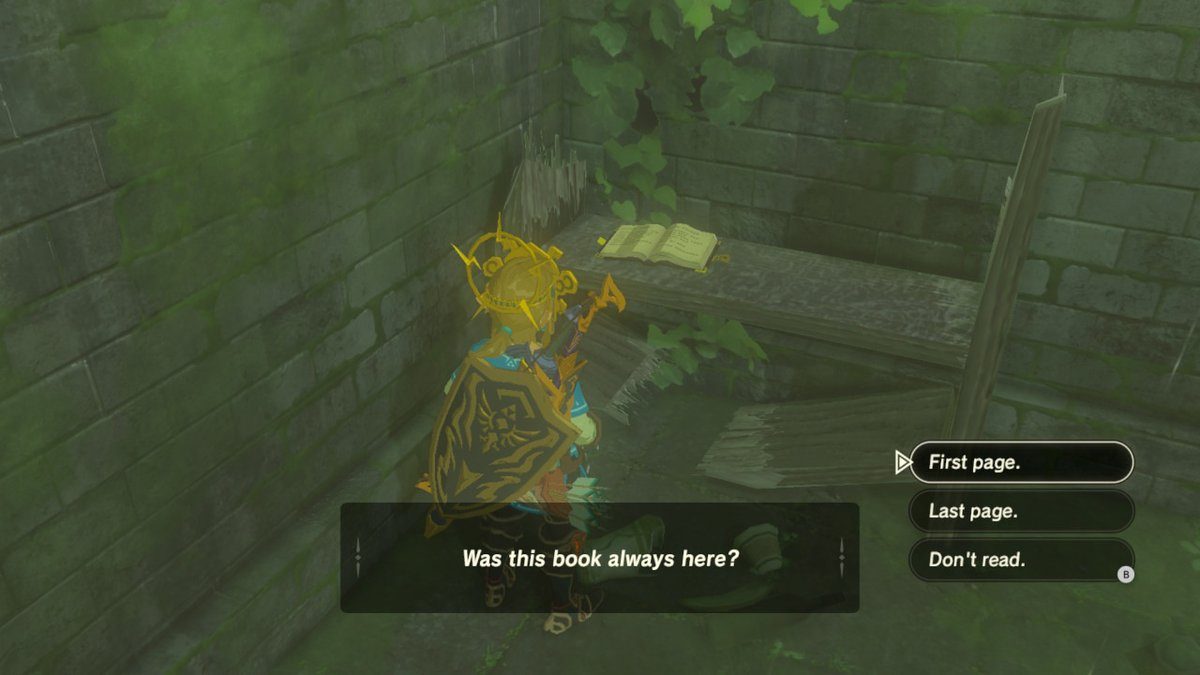 At this point it was past three in the morning and I didn’t feel like searching for any more Phantom armor or the Tingle costume, so I gave the Trial another go. This time around I got much further (and only lost two hearts), but lost everything in one room that I’m still trying to work out in my head.

This round of the DLC is the first part of the Expansion Pass with the next one dropping in December. I hesitate to call either a “half,” as Expansion Pass 2 contains The Champions’ Ballad, which is being billed as a side story, complete with dedicated amiibo figures. For this reason, the $19.99 price tag is tricky to assess. It would be impossible to ask whether Expansion Pass 1 is worth a certain amount of money as the two updates are not sold separately. Instead, it would be better to evaluate whether you need it now or later.

If you wanted a reason to boot up Breath of the Wild, if the missing Koroks have been haunting your dreams, if you wanted to try out the new features, if you wanted to scan your new Link amiibo figures (if you were lucky enough to get your hands on them), if you were looking to start the game over anyway and wouldn’t mind the extra spice, if you’re a rabid Zelda fan and need to play this now, then it’s worth it.

If you’ve got other things occupying your time, if you want some story in your Zelda game, if you don’t like little distractions, if you’re completely satisfied with your Breath of the Wild experience, if you don’t care about getting 100% of everything, then you’ll probably want to wait.

Ultimately, this DLC is a must have if and only if you’re the type of person who already had to have it. Master Mode mixes up the enemies in a big way, and the Trial itself is a wonderful challenge (which gets harder on Master Mode), but this package feels light on content. In fact, the most worthwhile part of the whole thing is the Master Mode, which Nintendo has spent the least amount of time advertising. I’m not gamer enough to attempt it (nor do I think I have another Hyrule adventure in me right now), but I’m sure it will thrill its intended audience.

I liked what I played of the pack. After about three hours though, it was time for bed. As cool as all this stuff is, it’s nothing to lose sleep over. 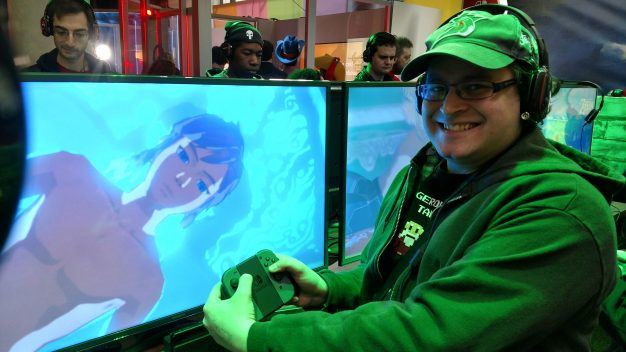 Dominick Festagallo wears many hats, but he wore a giant plastic Mario cap with googly eyes, just for you. His interests include videogames, archaeology, photographing gravestones, classical and modern animation, and poorly explaining postmodern theory.