AereA is an top-down role-playing game masked in a clever palindrome. Developed by Triangle Studios and published by SOEDESCO, AereA follows the likes of the Diablo and Torchlight series but uses a hand-drawn musical theme throughout the game. You choose a class archetype, explore dungeons while exterminating enemies, level up, and then defeat the dungeon boss. Rinse and repeat.

What AereA lacks, however, is depth. There are four heroes that you can choose to play as: Wolff the Harp-Archer, Jacques the Cello-Knight, Jules the Lute-Mage, and Claude Trumpet-Gunner. Yes, the classes are all based on musical instruments, and they’re mostly all stringed instruments. I feel like woodwinds and percussions were gypped, but it’s a great opportunity for future DLC classes.

Just in case you did not catch it, there are no women in this band of heroes. I feel like the game is based on a Shakespearean play (when all characters were played by men), but then again let’s hope for that DLC in the future. I’m hoping for a kick-ass lady Bass Drum-Monk. 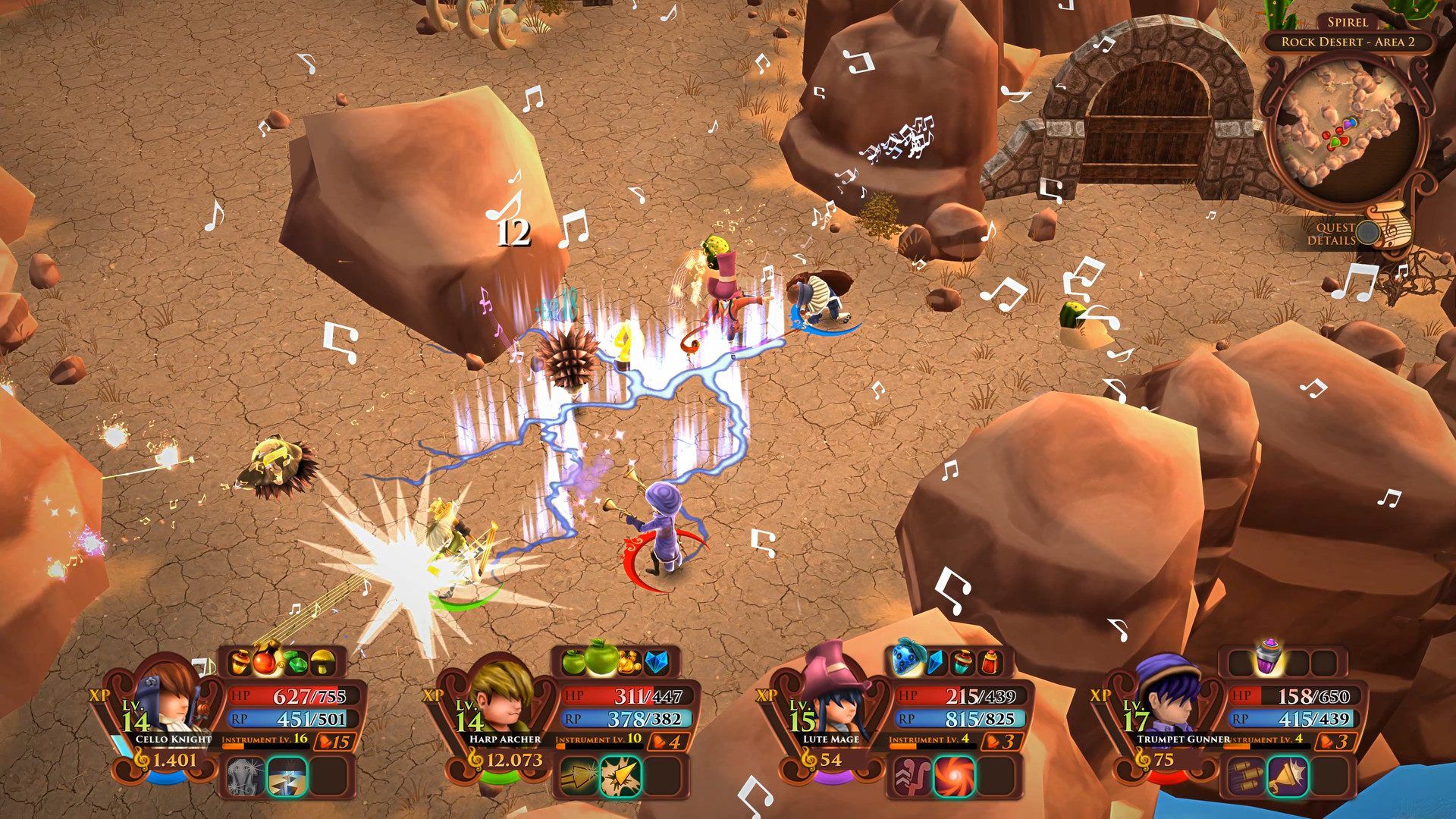 If you really look harder at the classes, you have three ranged classes and a single melee class. As much as AereA is telling you that each class has its own unique set of abilities, your experience as a Harp-Archer isn’t any different as a Lute-Mage because battles are so ridiculously easy. Your experience as the Cello-Knight doing melee and blocking attacks may be the only truly different experience.

AereA has two ways of leveling up: your typical experience level and your instrument level. Defeating enemies nets you both experience and instrument level. Experience level gives you a minimal overall boost in your hero’s attributes and new skills at around five or so levels. Instrument levels gives you attribute points to increase a certain statistic of your choice. However, as mentioned earlier, the game is über easy that there’s really no need to invest those attribute points once you get to a certain level (around 15 or so), since your hero will be dealing enough damage to kill the enemies and taking enough damage to survive an dungeon. It’s a shame, really, since the enemies are supposed to scale in level as you level up, but all it seems to do is to give you more experience and instrument points to level up quickly. 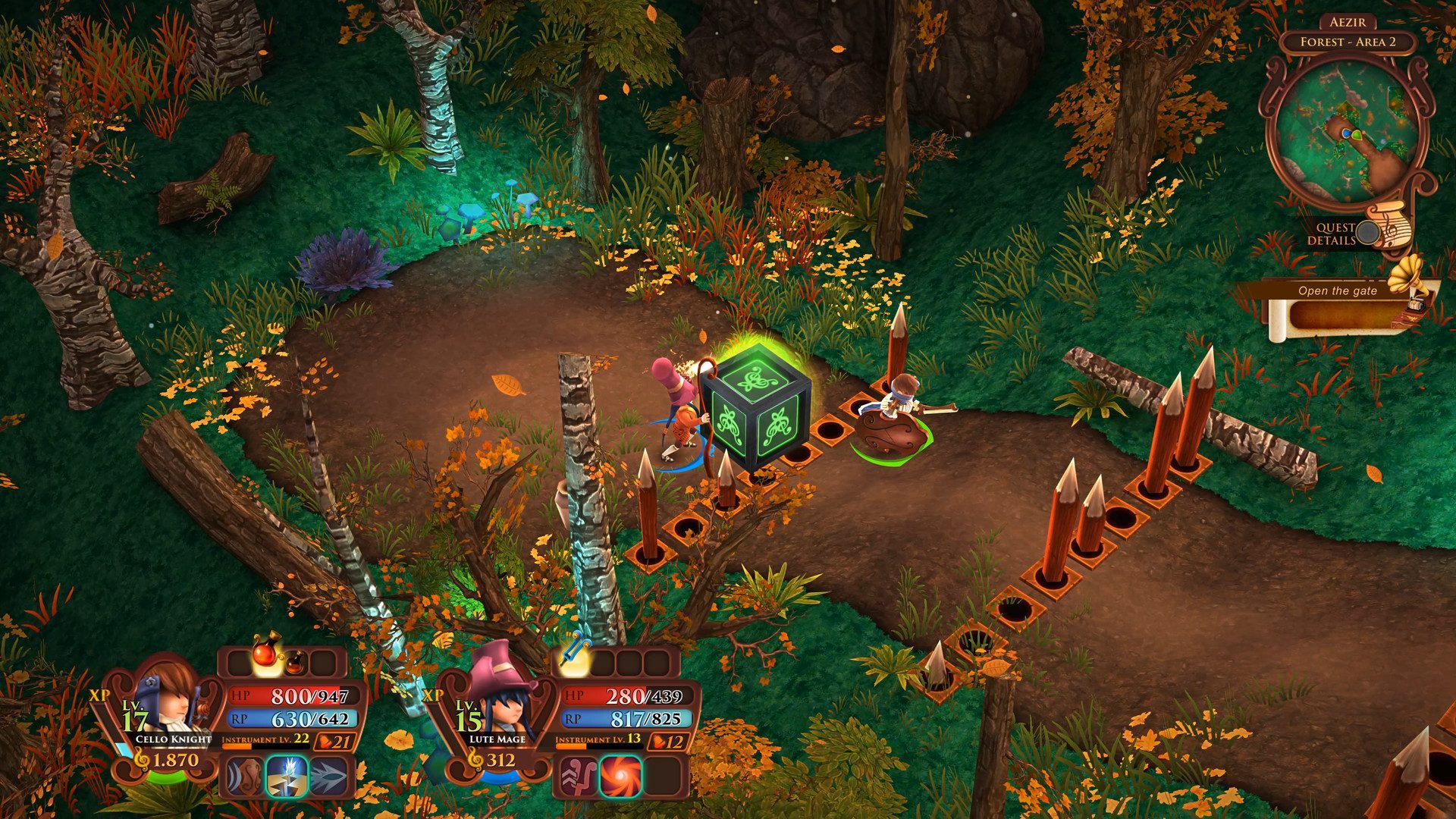 What’s really going to kill you are the traps. Yes, the traps littered all over a dungeon deal huge damage that if your character does not avoid, will lead you to a game over. Sometimes, you don’t even know that it’s a trap until you’ve brushed next to it. (I’m talking about the cacti all over the desert area.) However, a game over is not really a game over in AereA.

When you die, you retain everything (i.e., your experience and instrument points, quest progress, obtained items) and start back at the beginning of the dungeon with all the unlocked doors locked again. That’s the only consequence, which is great for some, since the game does not automatically heal your health and BP (skill) points as you complete a quest or go back to the main area. In fact, it’s almost recommended to find those traps and get yourself killed when embarking on a new area, so it starts you off fresh. 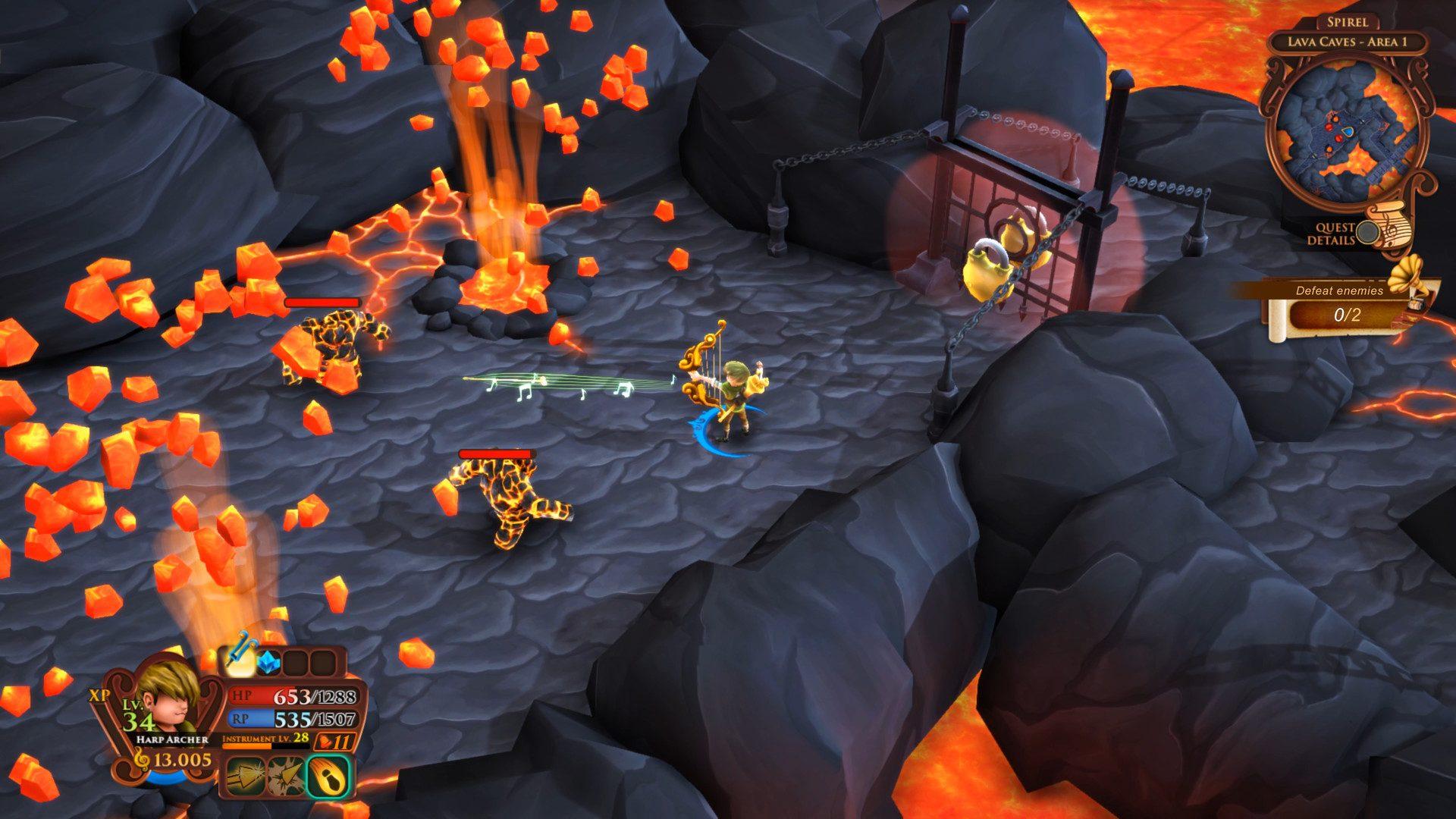 Another annoyance about AereA are the glitches. There are just so many of them. There’s a freezing issue when you kill more than one enemy using a skill. There’s also the rapid-firing that happens when you use the touchpad to go to the quest menu. I know, it’s not a glitch, but there are some minor grammar issues as well.

If you can get past all the glitches and issues, AereA has a really great art style with the musical instrument theme. Currency is called Clefine, the bosses are all inspired by a musical instrument (bagpipes included), and attacks and skills all come with some musical-type of sound effect (e.g., using the harp bow makes a harp sound effect). The story is so-so; it is set on a floating land that’s going haywire, since the nine primordial instruments are missing. It is up to the band of heroes to find each one to restore the balance. 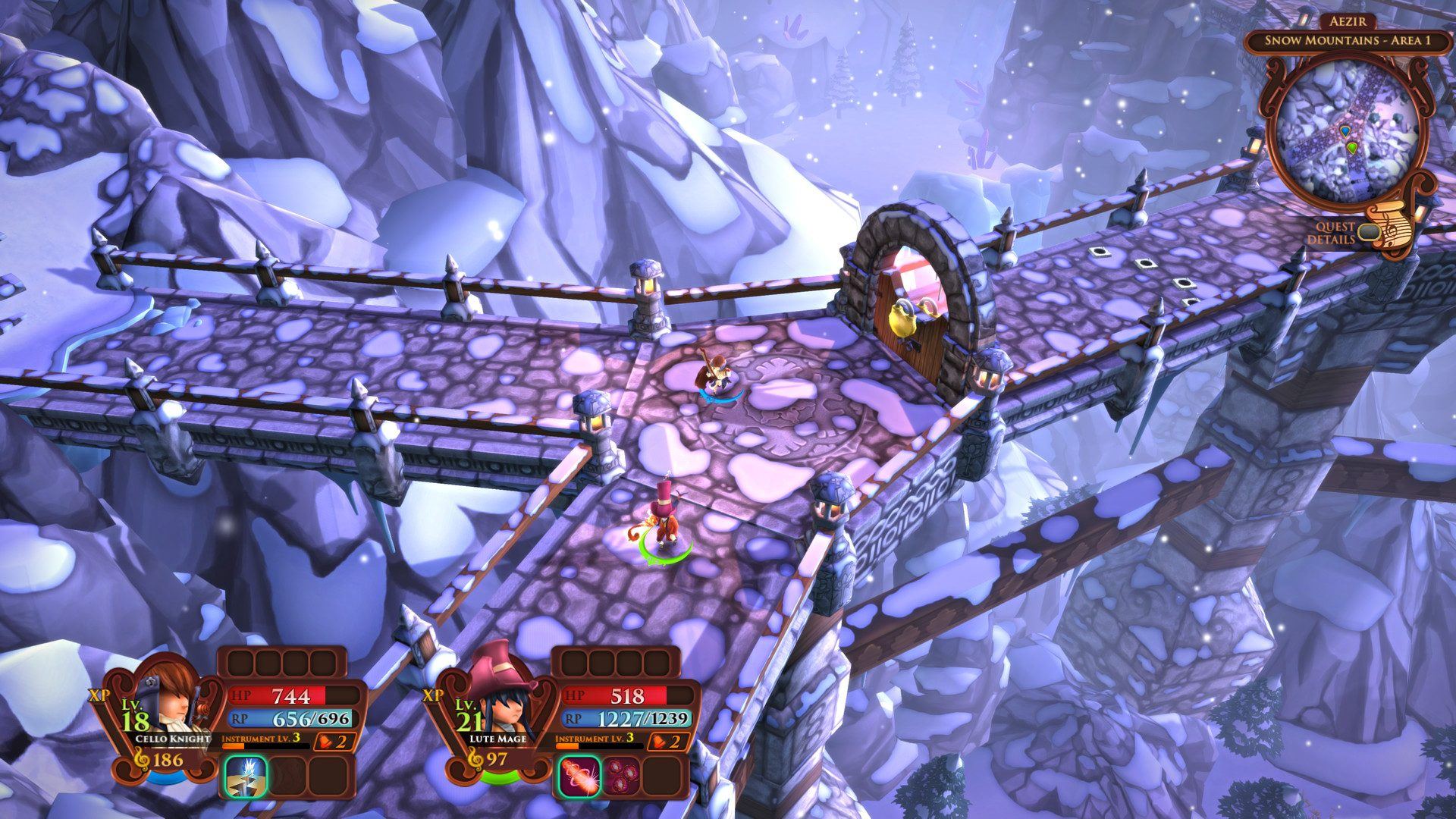 Overall, AereA is what I am looking for an RPG…for the PlayStation Vita. The lack of depth and the easy game experience is perfect for on-the-go or casual players, and I think this is yet another missed opportunity. If SOEDESCO can publish this game on the Vita with some gameplay tweaks and some new DLC that gives the game more diversity, then I feel like this could be a solid winner.

Collect the Nine Primordial Instruments to Restore Balance to the Land

-Lack of diversity: mostly stringed instruments and no women heroes
-Ridiculously easy gameplay but traps can kill
-Littered with glitches