Not too long ago Atari gave hints that they were aiming their sights at a re-entry into the console marketplace. I, for one, took those announcements with a grain of salt. For all we knew, it could have just been an aggressive marketing strategy for a new line of those retro plug and play consoles we see all over the place already.

However, recently Atari sent out a mass email with all-new pictures of their upcoming designs for the Ataribox. These new images made me rethink everything that I thought I knew about what this console would be. Take a good look at them here: 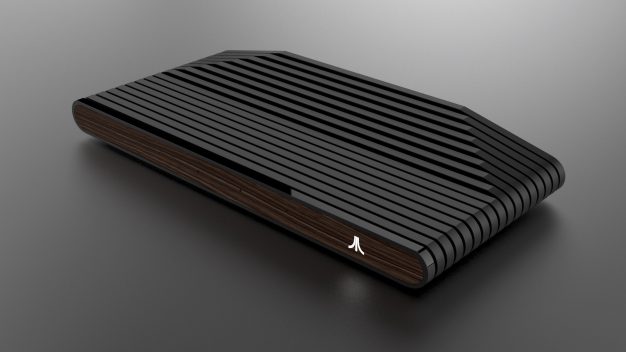 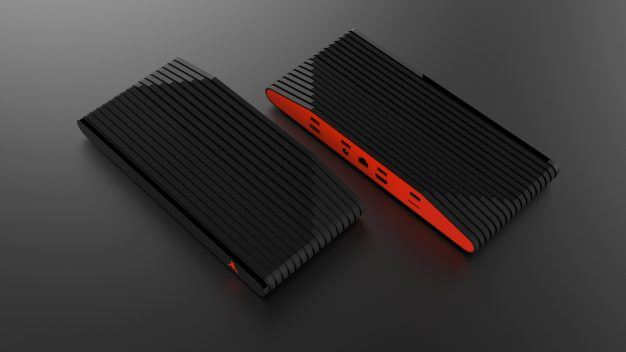 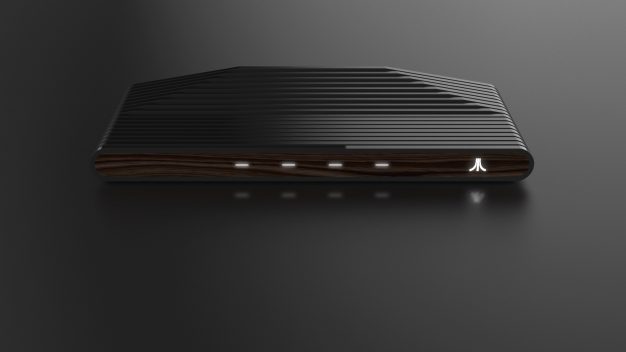 I’m a fan of the new designs; especially that they included an option for the classic wood paneling. You can also notice that they gave the design some raised plastic rills that give it a shape reminiscent of the classic Atari consoles. The box also sports a sleek small form factor compared to its potential console contemporaries.

As you can see, the consoles contain several ports designed for USB, HDMI, and SD cards. What we can infer is that the Ataribox will use Bluetooth wireless controllers or possibly some non-proprietary USB control pad. The HDMI port is a good sign that the games will be upscaled to modern specs; not entirely unlike the recent Atari Flashback collections. The email that provided the pictures stated that “[the HDMI port] also means that while we will be delivering classic gaming content, we will also be delivering current gaming content.” This leads to the question of what they define as modern content.

The SD card slot however is a make or break for the console. The SD could operate like a memory card, a la Nintendo’s 3DS, or it could function similar to ATGames Sega Genesis retro consoles that allow homebrew games to be added. I feel the legitimacy of the console hinges on what the cards can be used for. There’s not much of a purpose in creating new, original games if they can be easily pirated through something as exploitable as an SD card. This could also lead to third parties pulling support if the console is not secure enough to prevent mass piracy.

Atari declined to announce any specs, but kept it vague by stating “We know you are hungry for more details; on specs, games, features, pricing, timing etc. We’re not teasing you intentionally; we want to get this right, so we’ve opted to share things step by step as we bring Ataribox to life”. So we will have to keep an ear to the ground for more word on this mystery Atari comeback.