July 22, 2017. That’s the date on which many Pokemon Go fans gathered at Grant Park in a little town called Chicago, Illinois for the first ever official event at Pokemon Go Fest. That is also the date when many were let down by Niantic because of Pokemon Go Fest. As many of you who may read this have heard, Pokemon Go Fest was a bummer for many. Grab your Pokedex and get ready for one bumpy ride as I go over both the bad news and the good news. Which would you like first?

Let’s get the bad news over with first. When I arrived at Grant Park around 8 AM Saturday morning I was able to enter the fest almost immediately after picking up my media pass. As the gates did not open until 9 am for those who had early entry badges and 10 am for general admission, I find myself extremely lucky to have been granted early access. This is especially because while the official start time was at 10 AM, there were many attendees who didn’t even get into the park until around 11:30 because of the long line. This was the first strike for many. They waited all morning just to get in the park. The single entrance only had about 6 people checking bags and about 10 scanners to scan your wristband upon entry. With better planning, Niantic could have easily had more than the single entrance to get attendees into the festival more efficiently. 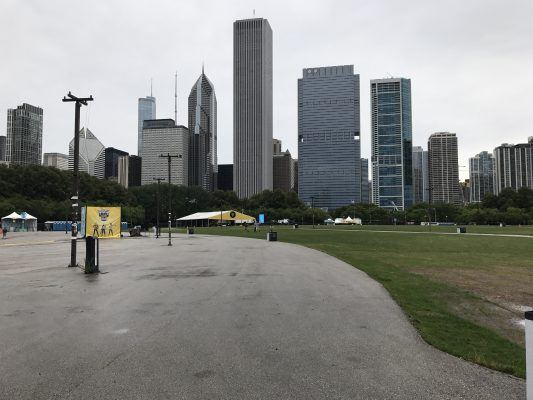 One other downside of the festival, which is the biggest one, is that Pokemon Go was almost completely unplayable the entire day. While people that were not near the park could play, the amount of people at Grant Park prevented anyone from being able to connect to the game. Those that were able to play could only play on and off throughout the day, myself included. This is a major problem for a festival revolving around a mobile game, because nobody was able to play the game as expected. 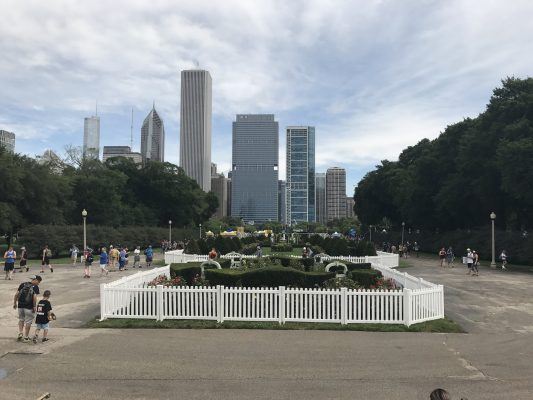 Towards the end of the day a spokesperson had an announcement for the small group of press that was present. “Obviously they can’t completely make it up to all the people who have come out to Chicago today, but they want to extend the fact that they’re extremely apologetic and unhappy with the process and the results,” a spokesperson told a small group of press on behalf of the development team toward the end of the event. “So hopefully this is something that we will never see replicated again, learn from this and move on.” He went on to say,“I’m super sorry guys — I’m really sorry especially for everyone who traveled international, East Coast, from all over. So this clearly was not what we were hoping for today. Thanks for your patience.” 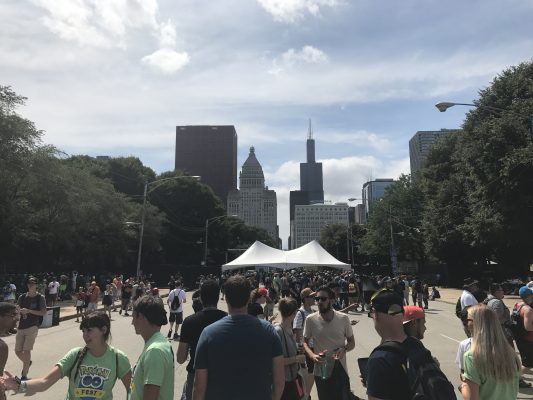 Amidst all the chaos of the fans nearly booing the CEO, John Hanke, off the stage and chanting things like, “WE CAN’T PLAY” or “FIX THE GAME” I wouldn’t say that all was terrible coming out of the event. For one, it was a gathering of like-minded people who not only like gaming, but are crazy for both Pokemon and Pokemon Go alike. This was one of the coolest aspects of the event. The number of people I talked to at Pokemon Go Fest just because we all had something in common was pretty remarkable. Many of those that I spoke with said that while the day wasn’t ideal, they were making the best of it enjoying the company of their colleagues. 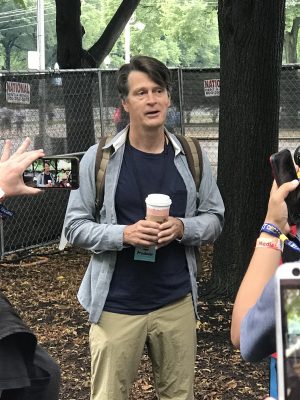 While the event was supposed to to come to an end with a mystery event around 7 PM, the festival was cut short at about 5. I think this is mainly because what Niantic had planned (a legendary raid?) simply was not possible because of the “Network Error” or “Failed to Login” notifications upon logging in to the game. Niantic cut it short by announcing that we at Grant Park, and those playing around the world, had managed to unlock the bonuses associated with the gold tier. Along with these bonuses, everyone who had attended the event and successfully redeemed their unique QR code would get a free Lugia in their account. They also went on to let everyone at the park know that $100 worth of Poke Coins (in-game currency) would be deposited to the accounts of everyone in attendance along with refunds of their tickets. The refunds are a great touch, but there were people who paid hundreds of dollars for their tickets who are only going to get $20 back, let alone those who traveled across the country, or the world. 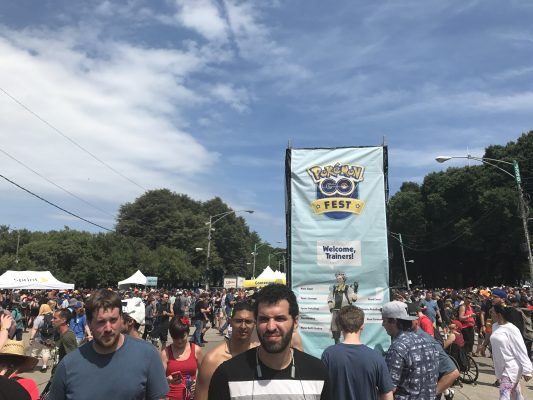 In the end there were many people left with a bad taste in their mouth because of how the entire event unfolded. However, not all was bad. The interaction between everyone there was a great thing to witness. The team at Niantic that worked on both Pokemon Go and the arrangement of the Festival itself are onto something great. Had the game actually worked as planned throughout the day, there is no doubt in my mind that Pokemon Go Fest would’ve gone down as one of the greatest gatherings of like-minded gamers to date. Let’s hope that the first attempt at Pokemon Go Fest helps Niantic learn from their mistakes and make the next Fest something very special for all in attendance.