I don’t always beat the games I review here on TVGB. I commit a respectable amount of time in order to understand the game before reviewing it, but I rarely make it to the end credits screen. I beat Yonder: The Cloud Catcher Chronicles; this is a huge compliment don’t get me wrong, but I wish I hadn’t. After 10 or so hours of gameplay, the credits rolled and I was left disappointed. Fortunately, the journey of Yonder was a lot better than it’s destination, filled with exploration, quests and a whole lot of crafting.

You play as either a young boy or girl on a quest to find out where they’re from and what happened to their parents. Your only tool is a magic compass that points you in the right direction. When the game begins, you’re actually on a ship sailing to the mystical island of Gemea. By way of a cutscene, you use your compass to help navigate through a storm that formed out of the blue, but eventually end up ship wrecked. You wake-up on the shores of Gemea with only the (now tattered) clothes on your back and your compass. 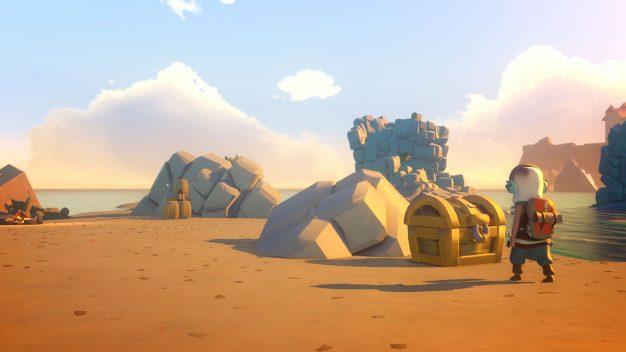 Your adventure starts from there. You quickly learn that you’re a “Sprite Seer” and can see the fairy-like creatures called sprites. These tiny fairies are found all over the island and have the ability to dispel Murk, an evil fog polluting the land. One of the main missions in the game is to find and collect enough sprites to cleanse the murk from each of the eight distinct biomes of Gemea. The biomes range from rocky coasts to tropical jungles to frozen plains. Each zone is corrupted with Murk and the citizens that live in those regions need your help to clear it away. 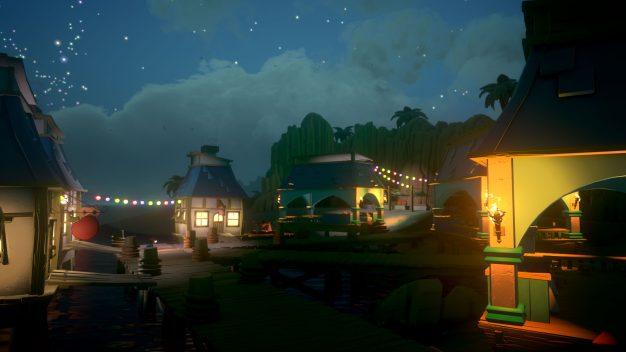 The game itself is gorgeous. There’s a day and night cycle, weather, even seasons. And since there’s absolutely ZERO combat in Yonder: The Cloud Catcher Chronicles, the visuals are easy to appreciate and the island is fun to explore. Exploring, finding sprites and clearing murk is only a small aspect of the game however. While you do have the ultimate goal of learning more about your past, crafting is what will keep you busy. 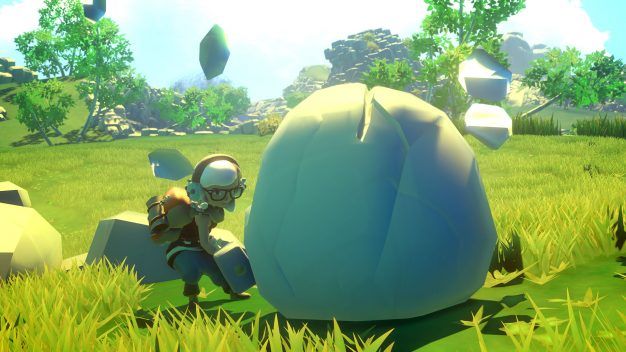 Crafting various items and gathering materials for said items is what I spent a good 60-70 percent of the game doing. There are trade guilds to join, bridges to build and farms to tend.  Any quests you come across (all of them fetch quests) usually involve crafting or collecting something. While many recipes require basic materials you can purchase or find in the wild, more advanced creations need items that must be crafted first. Exchanging crafted items for goods and services is another way to profit as crafted items are usually worth a lot of money. 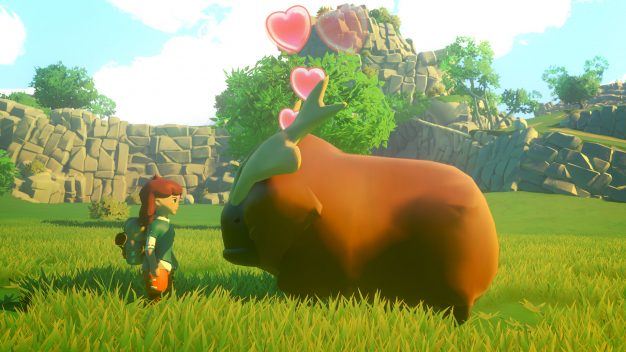 Outside of crafting, another feature of the game you’re able to invest time into is farming. The farming system in Yonder: The Cloud Catcher Chronicles is very user friendly and offers a good amount of customization but is also ENTIRELY OPTIONAL. I made a farm just to give it a try but after that, I never made another one. While I could see the wisdom is creating my own materials for crafting recipes, it simply wasn’t worth effort. Buying them always seemed more efficient because setting up a farm took time. You had to first craft animal pens, then lure the livestock onto your farm which was a painfully slow process. After that you need to craft a place for them to eat and drink and even hire a farmhand to help tend your farm while you’re away. It was too much investment for too little return and all for items I could just purchase myself. 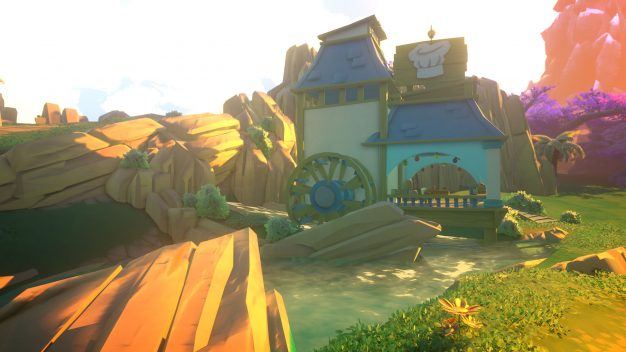 While the game was very charming and enjoyable to play, it still felt unfinished and incredibly tedious. There was a lot to do but at the same time there wasn’t. It lacked a variety of content and wasn’t very rewarding. For instance, you build bridges to places you’ve already been. You can craft items you’ll never use, like fireworks or fabergé eggs. There’s an antique currency you collect throughout the game that you never need to use either.  And there’s so many things to find and collect just for the sake of saying you found them all that you inevitably give-up and say it’s too much. Yonder: The Cloud Catcher Chronicles will definitely keep you busy but you don’t earn anything for your hard work. The game’s ending struck me the same way. 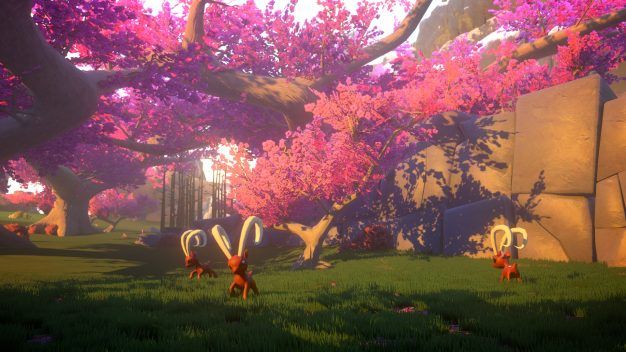 While I had fun playing through Yonder, in the end I felt wanting for more. More story. More content. More….meat. I was expecting steak for dinner and got salad. It was a tasty salad but still left me hungry. Food analogies aside, Yonder: The Cloud Catcher Chronicles is a rather enjoyable casual game, and being combat free, is a great introduction to adventure games for any young gamers out there.

You know how when you buy a bag chips, about 60% of the bag is just air?

And by the time you’re done snacking you may be full but not feel satisfied?

That’s what playing Yonder is like. Satisfying to a point, but leaves you wanting more.