Cat Quest is a game hellbent on reminding us all that the medieval era wasn’t about knights and swords and magic – it was about cats who are knights who use swords and magic. Cat Quest is a new game by Gentlebros Games, who have previously released only one other game – Slashy Hero – on Android and iOS. Our feline open-world RPG is available on both Steam and iOS. When I first wrote about Cat Quest, I honestly had really low expectations because it really, really looked like a standard mobile game that would no doubt be absolutely bursting at the seams with microtransactions. Despite having never actually delved into mobile gaming, by virtue of both disinterest and not having a good enough phone until recently, I have a pretty strong bias against them. Part of that is due to the aforementioned microtransactions, and the other part is just that it doesn’t feel “real.” I don’t doubt for a second that some of the more in-depth mobile games may have proper storylines, good character development, and excellent gameplay, but for now whenever I think of mobile gaming my mind still leaps to Angry Birds, Candy Crush, and Pokemon Go. 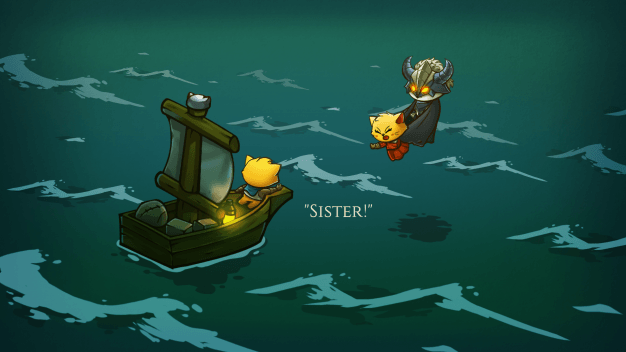 However, now that I’m done effectively slapping mobile gaming as a whole in the face, I have to say I was ultimately surprised by how much I enjoyed Cat Quest. The game starts with you (a cat) and your sister (also a cat) struggling through a storm on a boat. A white, evil cat named Drakoth then shows up out of nowhere and steals your sister! When you wash up on the shore, you team up with a little fairy spirit thing called Spirry to get stronger and rescue the only family member you have left. Along the way, you meet a squadron of identical NPC towncats, a few shopkeepers and mages, royal cats, dragons, and more. Every now and then you meet up with Drakoth and he gives you his villain spiel, you tumble, and then he disappears away until the next plot point.

While Cat Quest’s storyline is pretty streamlined, it doesn’t take long to open up and give you lots of quests to complete. Completing quests nets you items, money, and experience, as well as follow-up quests which often follow the same storyline. Cat Quest also offers you the freedom to wander the (seriously huge) world map as you see fit, ducking into caves to clear them of loot, bounding through trees, and beating down the constantly respawning enemies for their sweet, sweet EXP orbs and cash. You can spend your cash on new gear or on upgrading your magic spells. Players can also visit special mage hideouts to learn new spells (e.g. fireballs, lightning). 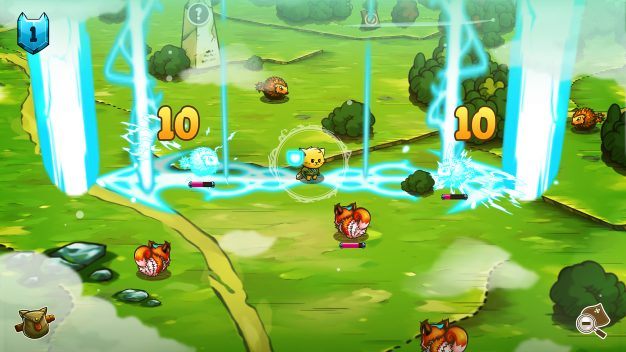 Honestly, there’s not much more to Cat Quest than that, and that’s actually perfectly okay. The visuals and music are actually really nice for a mobile/cheap PC game. The world map is beautiful and full of color and crisply drawn topography,  while the music definitely reminds me of old-style RPGs and platformers. The music doesn’t change up a lot, but they’re not the kind of tunes that you easily get sick of. Rather, they settle comfortably into the background as you go about your enemy-bashing.

While the towncats are all completely identical, even if they’re part of a sidequest line, they’re all super cute. I really like the way all of the characters, NPC or otherwise, look like they’ve been delicately colored in with pencil. I also really like all of the outfits you can kit (hehe) out your character in, and the range you can choose from (Mage-based, Ranger-based, Knight-based). You can also pick and choose non-matching items without significant penalties. 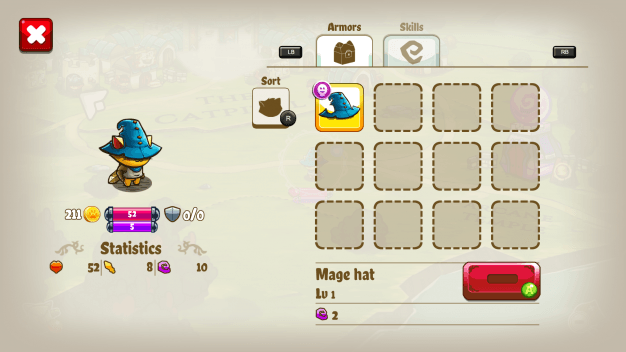 It’s fun scooting around the field watching the Gumby-esque way that your cat moves. It’s also fun watching him bluntly tumble onto his side to nap/save in the towns. Battle happens in the field, where you can choose to smack your enemies with your weapon, or fling magic at them. MP gets used with each spell, but is regained via physically striking the enemy. Enemies drop experience orbs and money, which you can use for the reasons I mentioned above. Quests and field locations (e.g. caves) have individual levels. If your cat is level 8 and a cave or quest is level 10, you’re gonna have a bad time. They even mark quests above your level with a worrisome skull until you’ve reached the right level.

So, how’d I like Cat Quest? Well, it was actually really fun. I spent an evening or two thoroughly enjoying springing around the field, collecting experience and money (which, by the way, feels very satisfying), smacking things with my axe or balls of fire. The storyline is really basic and the cat puns are actually quite atrocious, even by pun standards. I honestly can’t stand Spirry and would have been happier if they were left out of the game all together, but clearly someone has to talk for the mute protagonist, so here we are. Playing Cat Quest left me feeling relaxed, satisfied, and happy. If Final Fantasy-style RPGs are a three course meal, Cat Quest is a tasty handful of crisps: it doesn’t offer a lot of content, but it’s satisfying all the same. 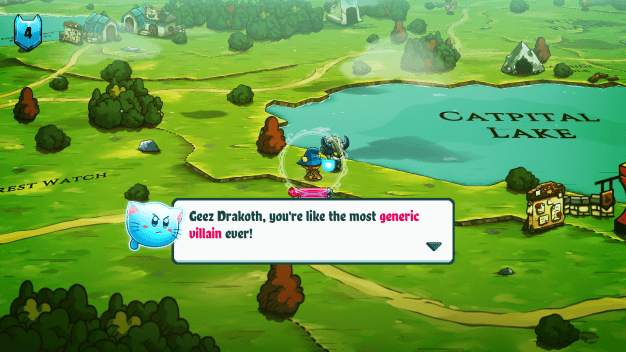 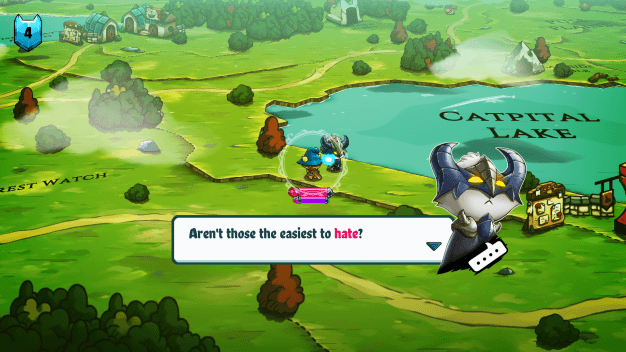 At less than $20 on Steam, and with none of the microtransactions that plague similar titles, Cat Quest is well worth your time and money; pay once and you get all the cats, feline puns, and fun gameplay you could ask for. You could absolutely knock it out in a weekend, and I think it’d be perfect if you have a mid-length flight or commute and wanted something low effort but enjoyable to while away the time. If Final Fantasy-style RPGs are a three course meal, Cat Quest is a tasty handful of crisps: it doesn’t offer a lot of content story-wise, but it’s satisfying all the same.

I put a spell on mew

Cat Quest is a really fun, cheap little indie game that’ll keep you smiling while you teach a cat how to shoot fireballs from its hands. It definitely deserves a play, so if you’re in the mood for a nice little bite of classic RPG goodness with a tinge of cats, get this game!