Imagine a role-playing game where you don’t have to grind, level up, or even attack enemies. Sounds like one of those challenges you see on YouTube, right? Well Undertale is no challenge…literally. Well there’s a little challenge, but the point of the whole game is knowing that you have a choice whenever you encounter enemies and bosses: you can beat them to a pulp or you can spare them by giving mercy.

Undertale originally came out for the PCs a couple of years ago. Created by a one-man developer, Toby Fox, the game became a hit and garnered high scores from review sites for being very unique. The combat system of nonviolently defeating enemies, while not a farfetched idea and probably have done before (where you escape or flee enemy encounters), was given a cool twist in the game.

In Undertale, when you encounter an enemy, you have the option to fight or act. Choosing to fight will bring up a mini-game, where you must hit the center with a slider that goes back and forth. The damage you do depends on how close you are at the center. Choosing to act, however, brings up another subset of commands that is different from each enemy or boss. These actions is what will lead you to spare an enemy. 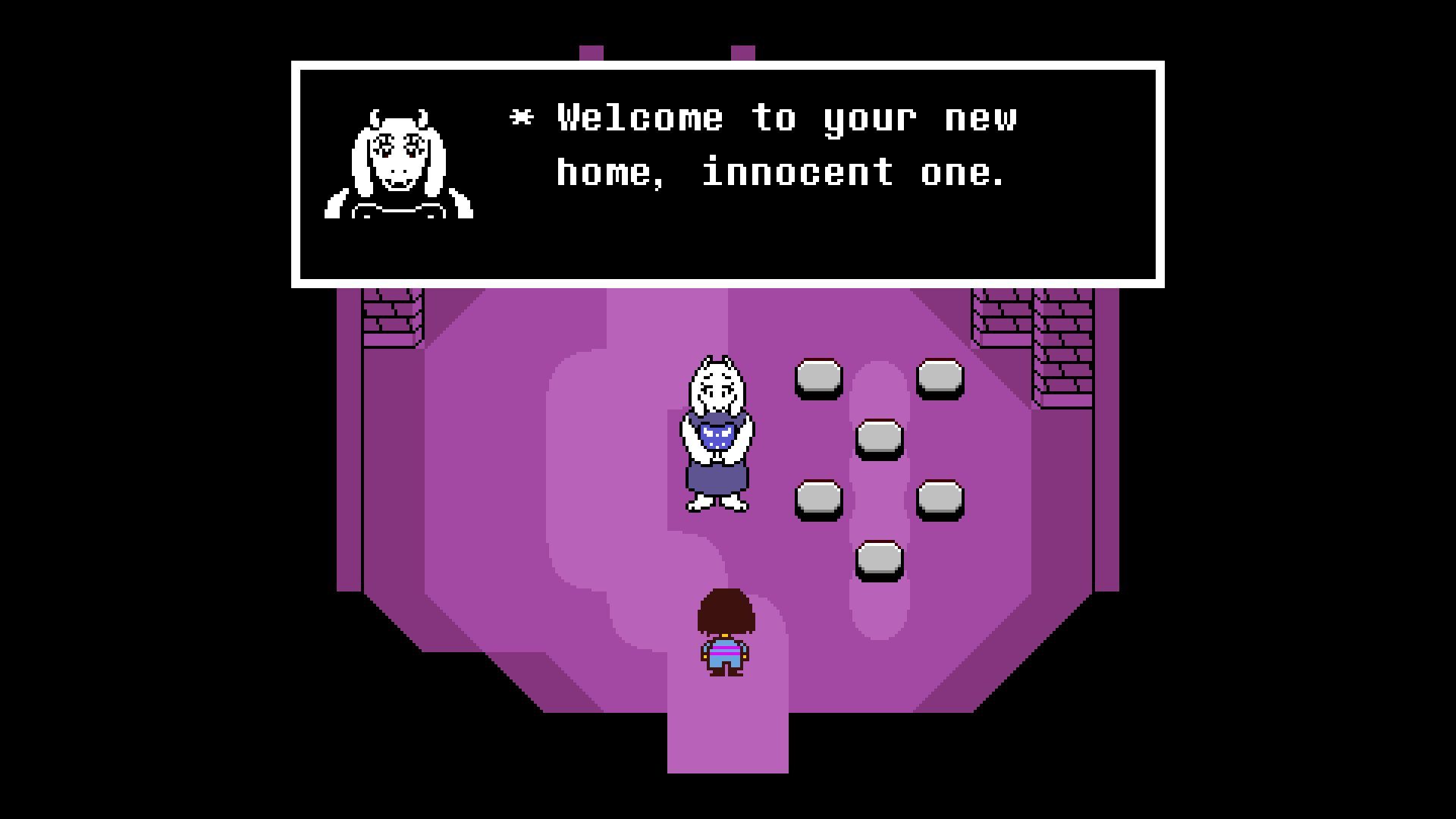 Sparing an enemy or boss for a pacifist run of the game is where that little challenge I was talking about earlier comes in. Allowing mercy isn’t so cut-and-dry like fighting; there’s a little bit of experimentation and dodging to do. You can do certain actions for each type of enemy or boss, but there’s always one (or two) action that, if done, will allow you to spare an enemy. It takes a little bit of observation, by the way. One enemy might outright say what it wants in order for him to be spared, but others will show it to you.

Then there’s the dodging aspect of sparing. When you do an action to an enemy, the enemy will fight back by attacking you. It launches a mini-game where you have to dodge the enemy’s projectiles, which can be quite interesting. There are times when you’re dodging missiles, fireballs, cats, and sometimes you’re not even dodging projectiles, but rather shooting them back to the enemy. Clearly, following a pacifist run is the more entertaining of the options to either fight or spare. 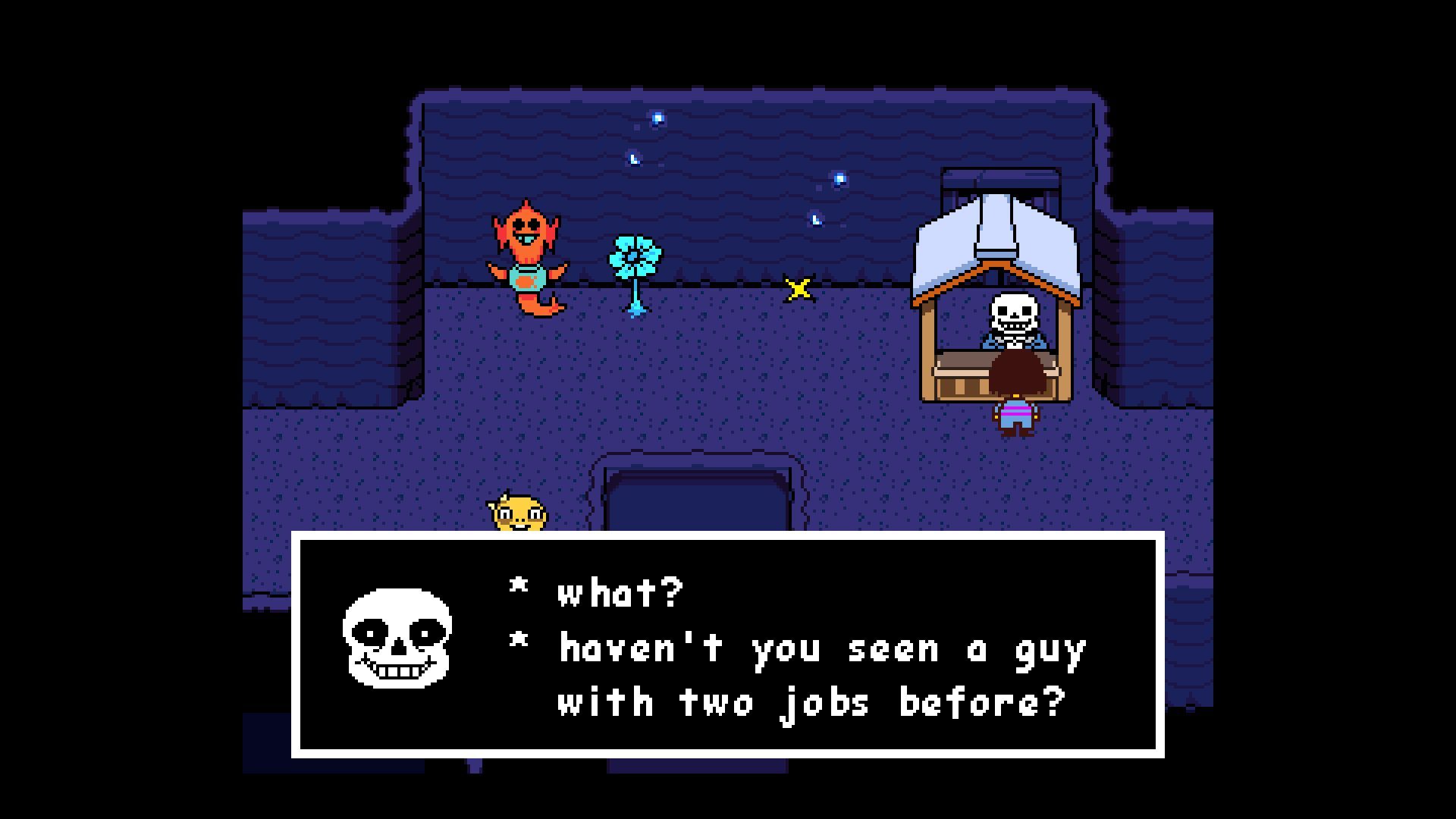 Story-wise, Undertale is a trip. You wake up to a world where monsters and humans inhabit the world, and you have the urge to go back to your home. The journey home takes you to a very amusing, sometimes outright silly path of quirky characters and dialogue. There is humor littered all over the place from the banters to the boss battles. I guarantee you’ll find something amusing in the first few minutes you play the game.

One of the game’s awesome features is that there are multiple endings based on whether you took the path of violence, the path of mercy, or somewhere between the two. In fact, more gameplay is also unlocked when you, of course, take the harder route of sparing every single enemy and boss. Just remember though, the extra gameplay means harder bosses, so hopefully you’re an expert in bullet hell. 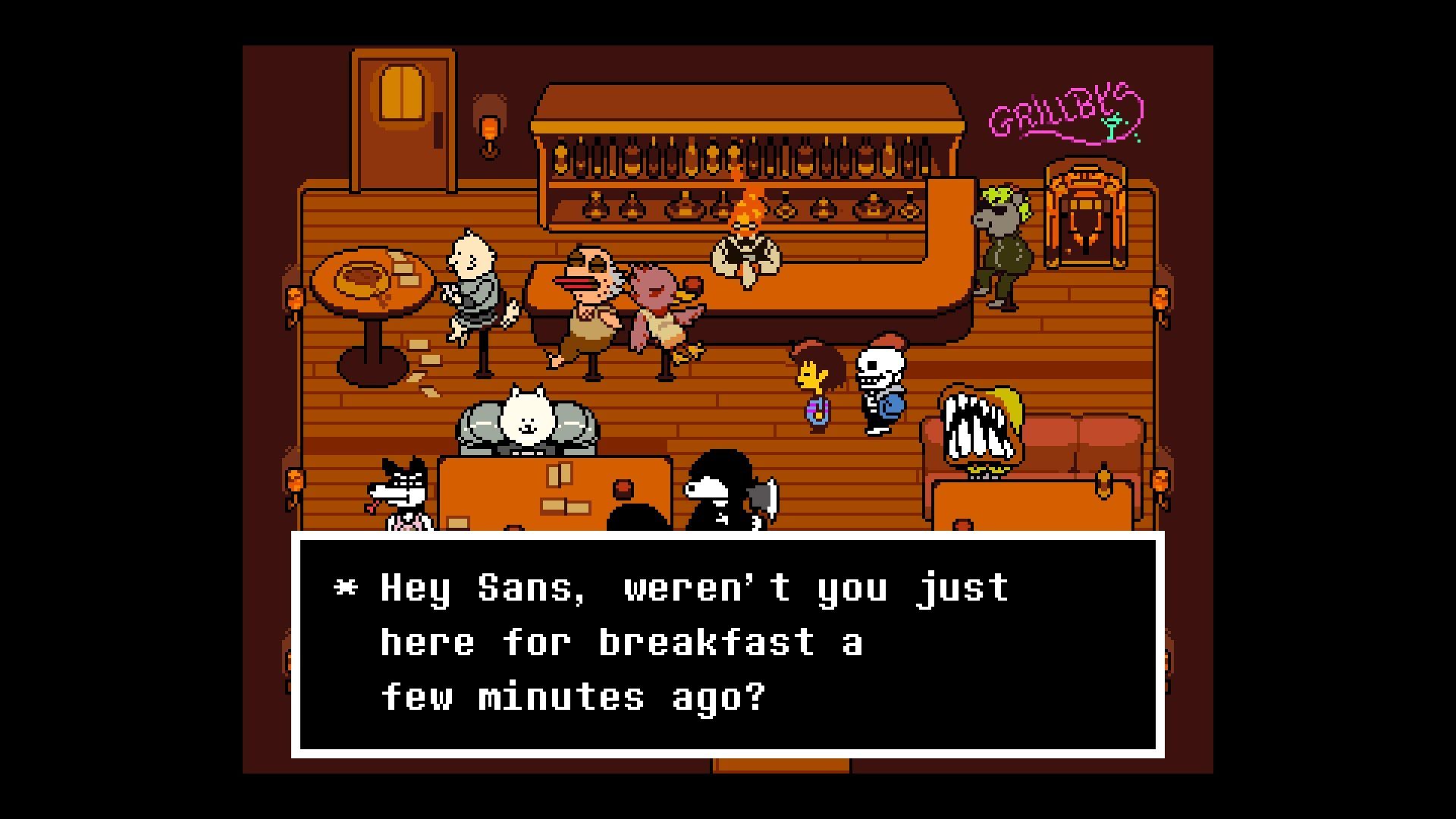 By the way, purchasing the PS4 version of Undertale gives you a copy of it for the Vita. The game is perfect for on-the-go gamers, since the game is quite easy and can be finished in six hours. It also has some replay value with its multiple endings and different ways to defeat enemies. It’s also good for a laugh as well.

Journey on Home while Sparing or Defeating What Comes Your Way

-Little challenge of figuring out how to spare enemies