This last week I got the chance to interview Ray Attiyat, marketing coordinator of AtGames about the rise in retro gaming and got to learn a little more about the Atari Flashback 8 and Sega Genesis Flashback retro consoles that the company is releasing soon.

Before we get to that, I just want to send out a thank you to Ray and anyone else from AtGames for giving me the chance to have a conversation with them! 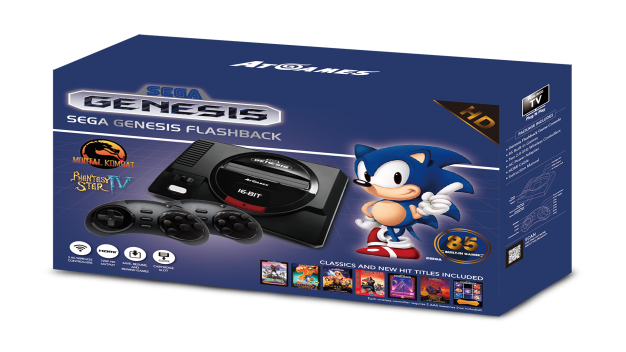 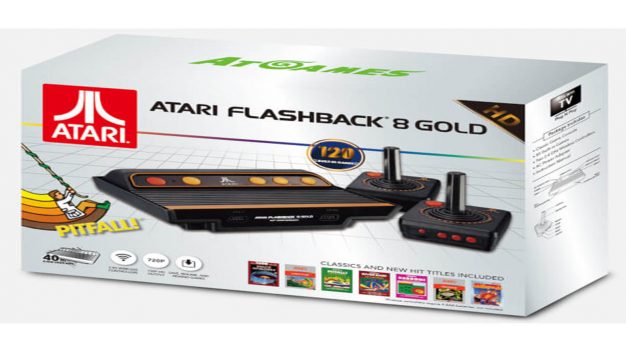 Hansen: Will you start us out by explaining what the new Atari and Sega flashback consoles are?
Attiyat: The Sega Genesis Flashback and Atari Flashback 8 are the latest additions to our retro gaming line.  Both consoles include 720p HDMI output, 2.4g wireless controllers, save/pause/rewind functions for all games, and original wired controller support.  The Sega unit comes with 85 games built in as well as a cartridge slot to play original Sega Genesis/Megadrive games.  The Atari console comes with 120 built in games.
Hansen: How do the size and weight of the consoles and controllers compare to the originals?
Attiyat: We kept the look/design very faithful to the original units.  Our versions are smaller than the originals as well as lighter due to the use of modern materials.
Hansen: Will any working cartridges for the original consoles work on the flashback consoles?
Attiyat: Most original Sega Genesis/Megadrive cartridges will work.
Hansen: How far do the wireless controllers reach?
Attiyat: Our controllers have a range of up to 30 feet!
Hansen: Will any older controllers work on the flashback consoles?
Attiyat: Yes! All of our consoles include support for the original controllers.
Hansen: What draws AtGames to focus on Atari and Sega retro consoles?
Attiyat: These systems were close to our hearts when we were growing up.  We wanted to share this experience with nostalgic adults and newcomers who want to check out some classic games that they may have heard about but have not yet played.
Hansen: Was there any particular game or games that influenced the creation of the flashback consoles?
Attiyat: No specific games– We wanted to create an entire experience based upon the love and appreciation for all retro games.
Hansen: Of course not all games are equal. Which are the more popular games you expect to be played on the flashback consoles? Are there hopes for any that maybe were not played a lot in the past that could be a diamond in the rough?
Attiyat: I expect the most played games will be: The Sonic series, Mortal Kombat series, and Phantasy Star series.  As far as a game that wasn’t played a lot– I’d go with Golden Axe 3.
Hansen: With the NES Classic being such a popular item last year, and the SNES Classic poised to do the same this year, did those consoles play at all into the creation of these flashback consoles?
If so, please tell me we will at least have a chance to buy one.
Attiyat: We have been making these systems for over a decade, so we are very humbled to see them join the market.  Their success was no surprise to us and confirmed what we knew all along– That there is a huge demand for retro gaming products.
Hansen: How close do Atari and Sega get to the production of these consoles?
Attiyat: We work very closely with both companies and they are involved every step of the way.
Hansen: Is there anything new (upgrades, updates, new features, etc.) coming with the games or are they 100% like we remember them from back in the day?
Attiyat: All the games will be exactly as you remember them.  We do add a built in save/pause/rewind feature that the players have the option of using.
Hansen: Are there any plans for bringing back any more retro consoles or maybe games that have been missed in these consoles?
Attiyat: We internally review our games list every year and do take public feedback into consideration.  As for other consoles– We do look into expanding our lines, however, we do not have any information.
Hansen: What do you believe is leading to the rise in popularity of retro gaming?
Do you think it is 100% nostalgia-based or could it be more linked to a yearning to play games that are different from many of the AAA games we get nowadays?
Attiyat: A classic game is a classic for a reason. There’s a timeless quality about it. In this age of massive multimedia video game productions that require a significant time investment just to learn the controls, it’s refreshing to play a classic game that’s almost instantly intuitive.
Hansen: When AtGames started production of the flashback consoles, who was their intended audience to play these?
Attiyat: We find that our customer base is a mix of nostalgic adults and newcomers who want to check out some classic games that they may have heard about but have not yet played. Since all of our consoles come with two controllers, multiplayer gaming is a given, including between parents and kids! It’s great family fun and introduces retro titles to a younger generation.
Hansen: I am a father with a little girl who is really starting to show an interest in gaming. For the other parents out there, any recommendations on specific games to introduce to our kids from the flashback consoles?
Attiyat: I would definitely recommend the Sonic titles for children starting off.  They are fun, easy to play, and are non-violent.
Hansen: To finish us off here, I could only find a release date of September 2017 for the flashback consoles. Can you give us a little more concrete release date and/or price of the flashback consoles?
Attiyat: Release will be September/Early October depending on the retailer.  MSRP will be $79.99