Wizard World Chicago 2017 is packed up and on its way to the next city. The Donald E Stephens Center in Rosemont, Illinois, is always abuzz when Wizard World is in town, and this past weekend was no different. There were plenty of comics and collectibles to browse through, photo ops and signings with your favorite television or film actors, and lots of great artists on site offering commissions and exclusive prints. So how was gaming represented at one the of premier cons in the Chicagoland area? 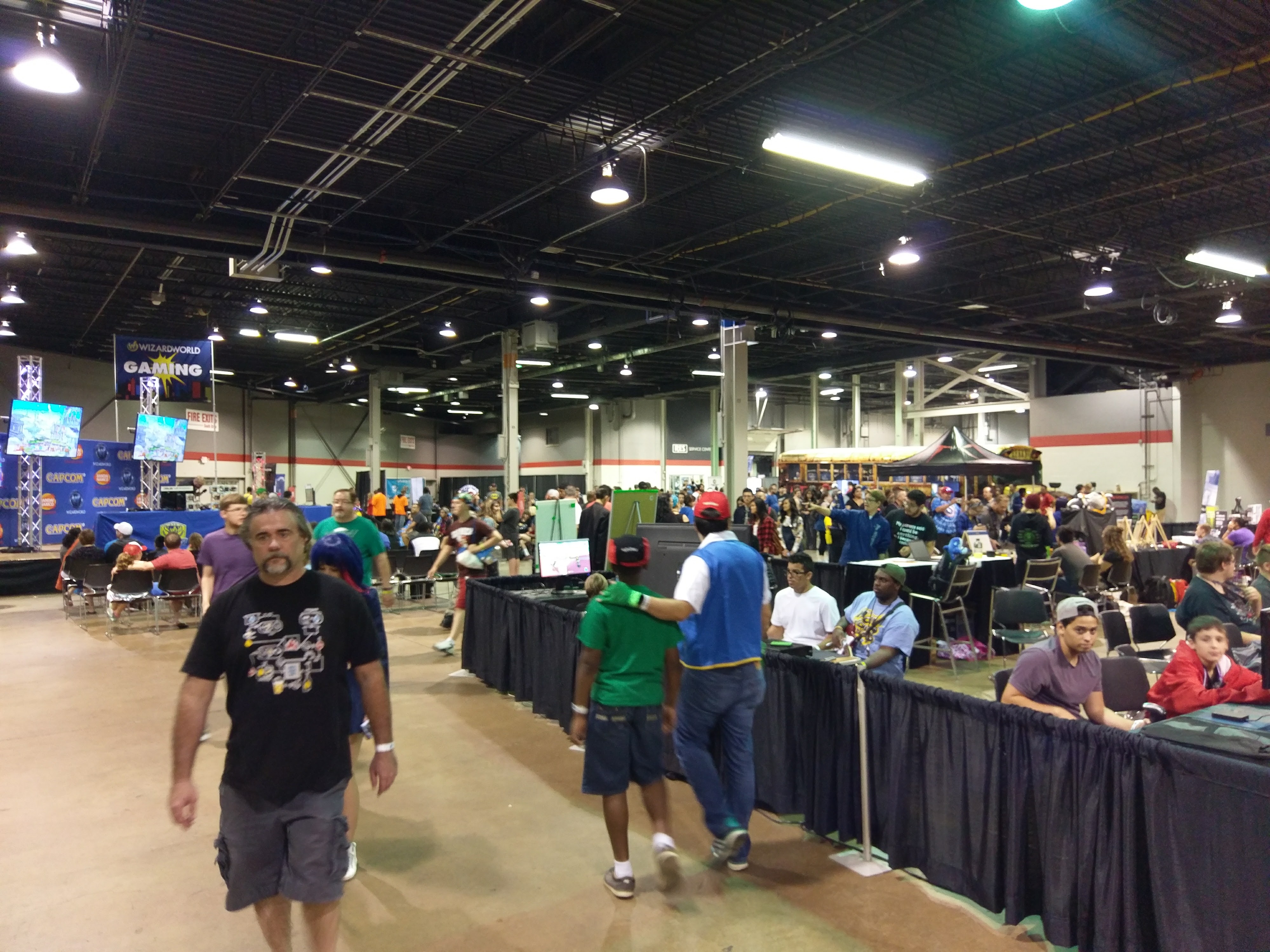 I was on hand to check out all the above plus the Wizard World Gaming Lounge. Bandai Namco was a big sponsor again this year as they were last. Pac-Man wandered the lounge floor while attendees hovered around the main stage watching players take on each other in games like Smash Bros. Wii U and Rivals of Aether. Having not been exposed to Rivals of Aether, I was impressed by the Smash-clone’s retro art-style and colorful levels. If you are fan of Smash and are looking to mix things up, I would definitely take a look at Rivals of Aether, which is available on Steam for $15. The commentators calling the matches mentioned that additional content for the game had just arrived in the store, which adds Ori and Sein from Ori and the Blind Forest. 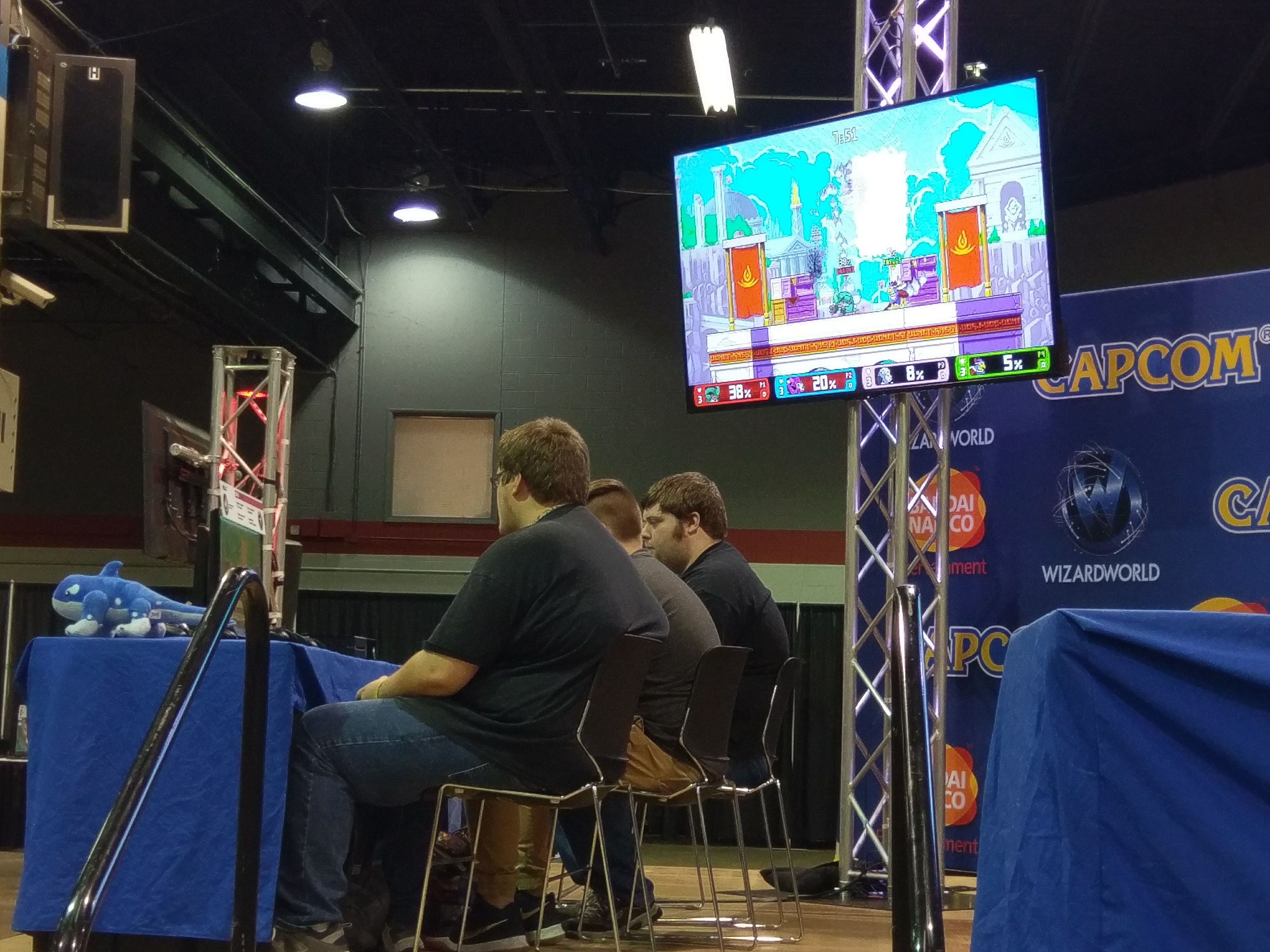 The Lounge floor also had a demo of Ace Combat 7: Skies Unknown. I’ll admit that I haven’t played an Ace Combat game since Ace Combat 4 (Greatest Hits version), so I was a bit rusty jumping into the cockpit. Specifically, the PlayStation VR cockpit. In the demo version, I got into a dogfight with a couple enemy planes, needing to protect my allies in the process. I surprisingly kept my stomach intact while performing barrel rolls and engaging enemies perpendicular to the surface of the earth. The demo was over relatively quick, but I think I played for a solid 5-10 mins, which in my opinion is plenty of time in a game like this until you need a break. If the demo is anything like the full game, I think Ace Combat fans are going to by psyched to play this game on PSVR. 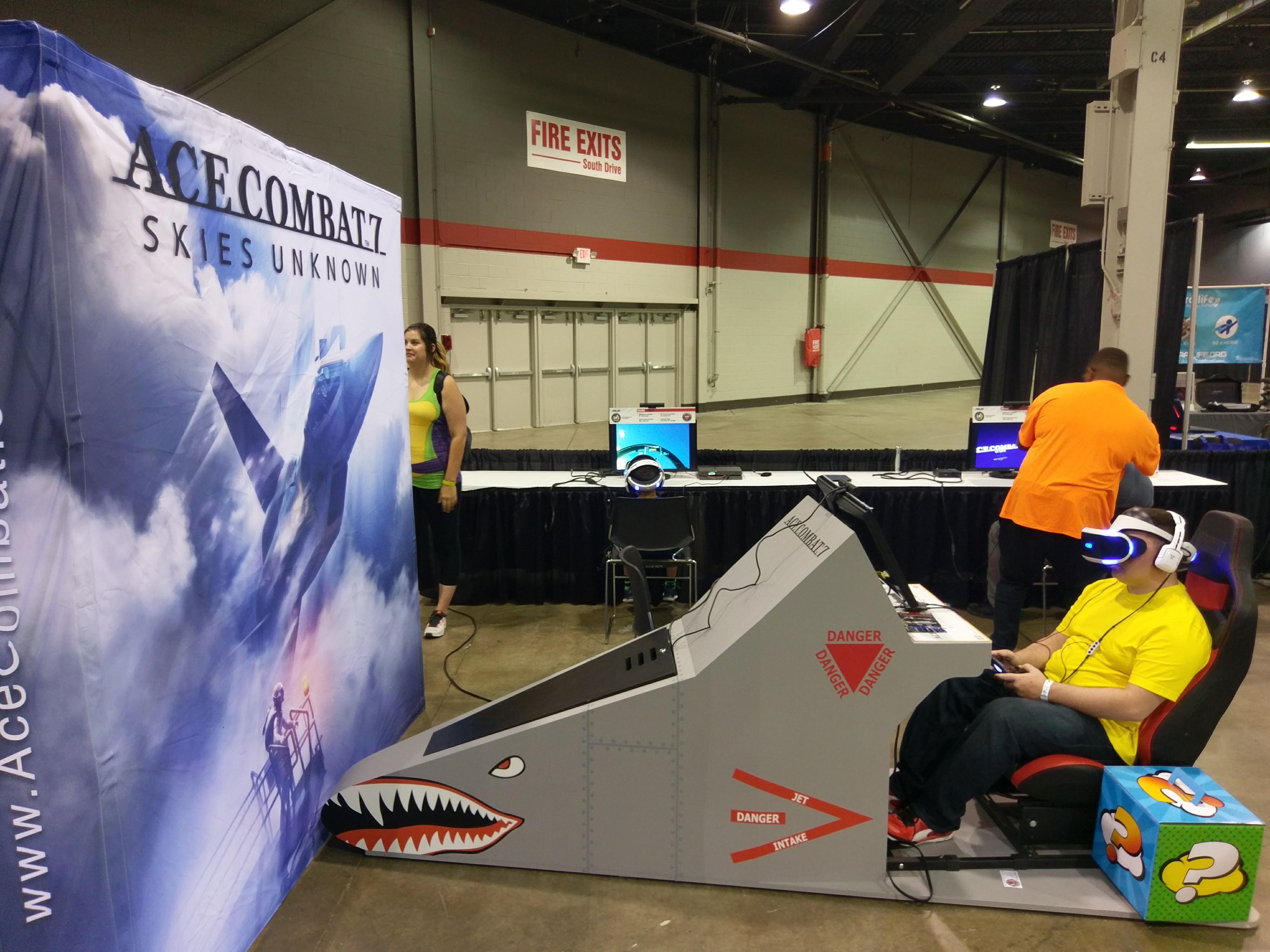 Con attendees were able to drop in to a number of systems scattered around the Lounge floor, where there were lots of competitive matches going on away from the main stage. Adjacent to the main stage was a VR experience of the new IT horror movie was enticing attendees to wait in line for a frightening experience (no thanks!). Also hanging out in the lounge was Extra Life – I’d highly recommend checking out this group fighting the good fight for those in need. A tabletop gaming section was also set up next to the Lounge where vendors were selling a variety of board games for attendees to sit and play with friends and/or strangers. 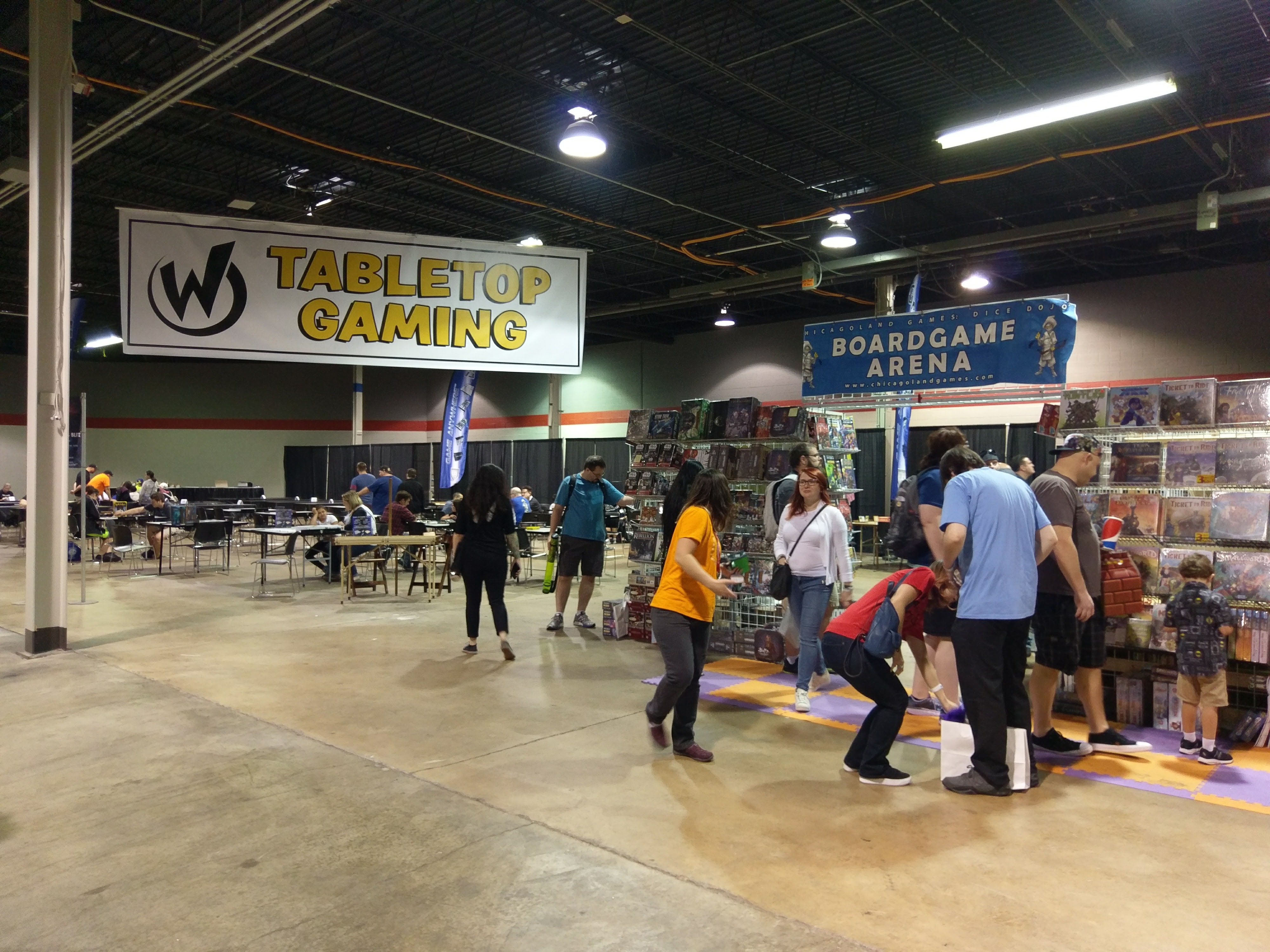 When making comparisons to last year’s Wizard World, it was great to see the Lounge integrated into the fabric of the show floor – it almost served as a gateway between the two main floors, offering people a chance to take a break from browsing the booths to hang out and play games. The downside of this placement was that there was less overall space dedicated to gaming, but it still was a better showing than this year’s C2E2. I’m hoping this isn’t a trend, and maybe next year they can bring back some cabinets or more demoes for attendees to try. 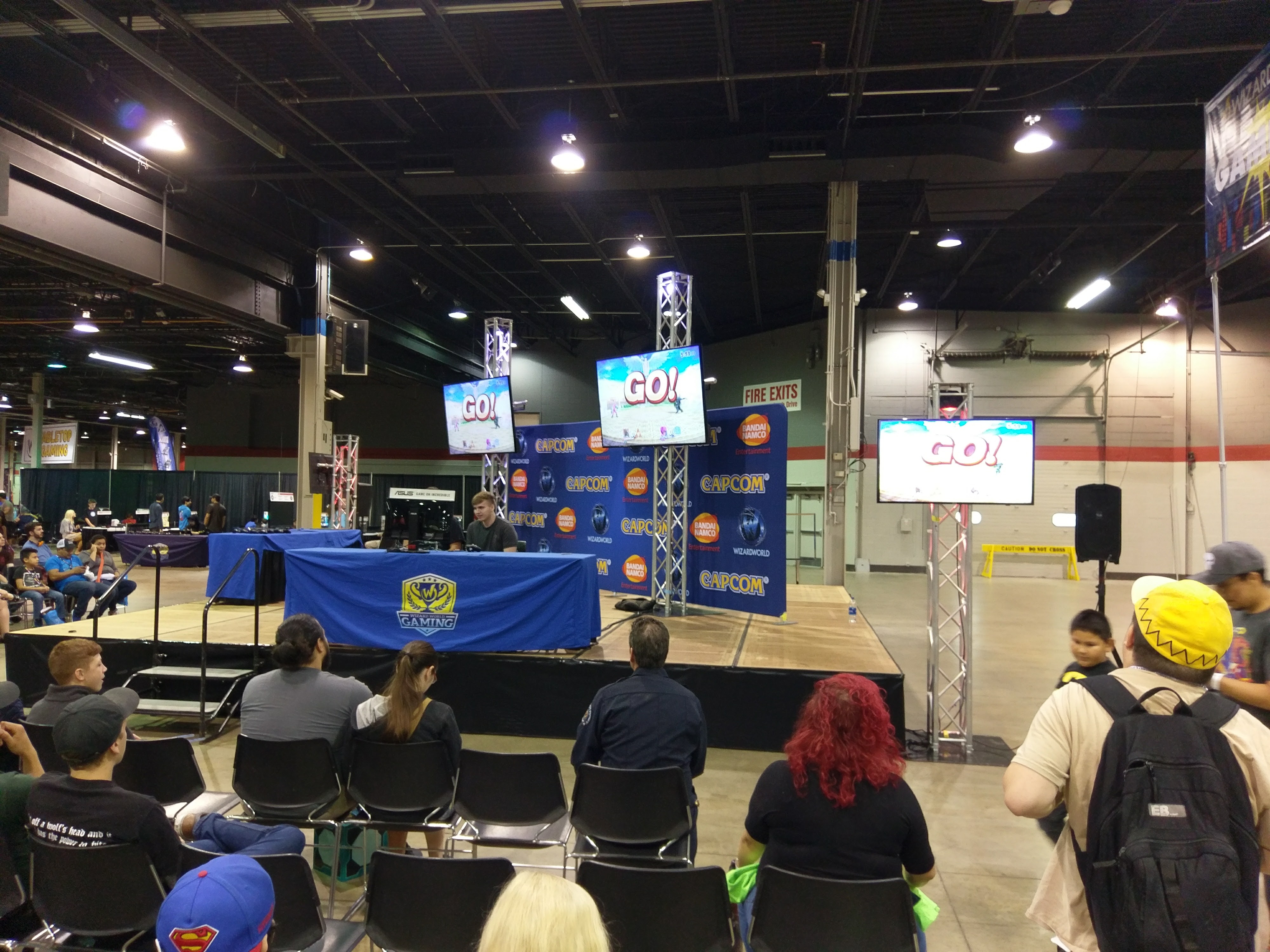 So now we wait until next year. Even though it’s close to time where we hunker down with our PC/consoles for the winter months, I always look forward to closing out the summer each year with Wizard World.