It’s been a big week for videogame tributes to the galaxy far, far away. EA have been teasing the sequel to 2015’s Star Wars: Battlefront since E3 in June, in what appears to be an effort to prove that “we can do better than the first game.” In fact, a recent trailer revolved around drawing comparisons between the original and the sequel, showing us all just how sorry they were that Star Wars: Battlefront was an incomplete game at launch.

I know, I’m being harsh. But EA have since changed their motto, and as a result, I was filled with much enthusiasm at the prospect of being able to try out Star Wars: Battlefront II in an open beta that has begun for anyone and everyone today. 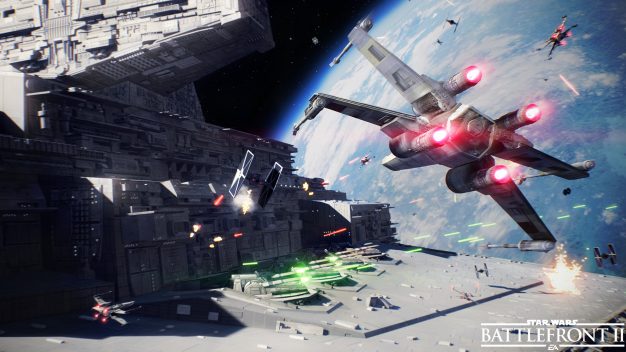 For those of you who have pre-ordered the game, shame on yo— I mean, this should be old news: the beta for those players has been running for a few days now. But if you’re feeling hesitant, a little wounded after the previous entry, the open beta can be downloaded on all relevant stores for free right this very instant. 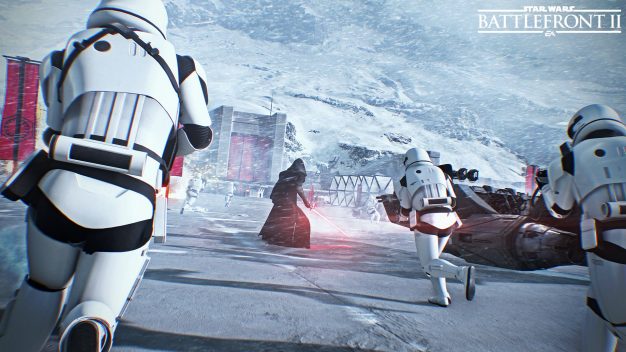 The Star Wars: Battlefront II beta itself is multiplayer only, meaning you’ll be treated to a small glimpse of the larger online environment. In practice, this means you’ll have access to 3 maps, one from each of the Star Wars eras: Naboo, Fondor, and Takodana. Each map is paired with a different game mode. 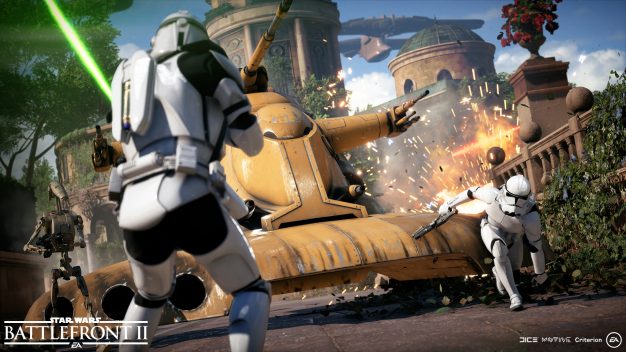 On Naboo, you’ll be fighting on the streets of Theed, as the droid army attempts to take the palace and force a surrender (the Galactic Assault mode). In orbit above Fondor you’ll play Starfighter Assault, attacking or defending an Imperial shipyard and the Star Destroyer it houses. And then there’s Takodana (that’s Maz’s castle for those of you familiar with The Force Awakens) on which you’ll be playing the package retrieval game-mode Strike. 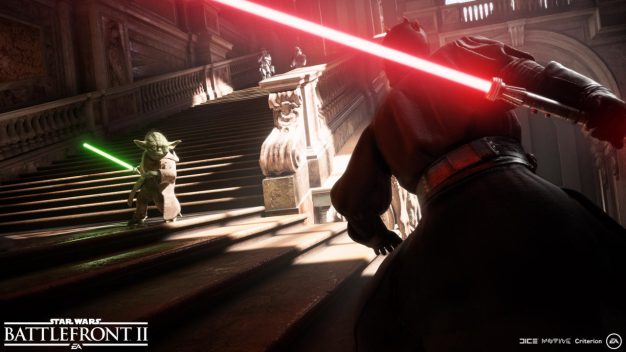 With 4 classes to choose from (assault, heavy, officer, and specialist), 4 heroes (Darth Maul, Rey, Han Solo, and Boba Fett), and even the split screen Arcade mode, there’s plenty to taste. The Star Wars: Battlefront II beta is due to run from October 6th – 9th on all platforms, so get a wriggle on if you want to experience the latest from EA DICE before you buy. 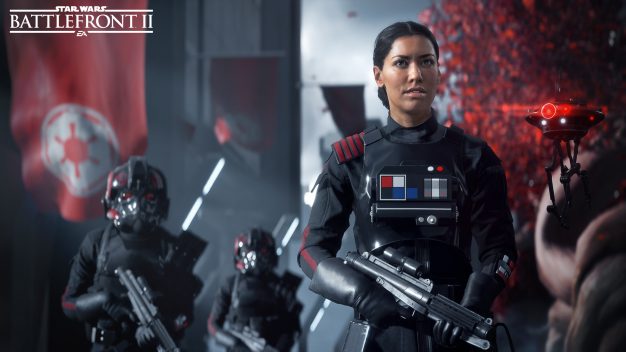 If you’re a staunch traditionalist – like me – you’ll be about to close this article and sigh, knowing full well that the game will never compare to the original, 2005’s Star Wars: Battlefront II.

Luckily, a miracle has occurred.

As of a few days ago, both Steam and GOG (the store operated by CD Projekt Red) announced that the classic Star Wars: Battlefront II multiplayer servers were back online, hosting lobbies of up to 64 players in a cross-play scheme orchestrated by Disney. Since then, demand has been pushing those servers to the limit, as players suffering from massive nostalgia trips jostled to get back to playing the game that defined their youth. 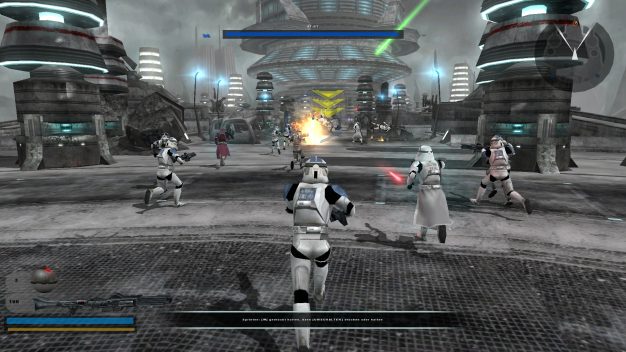 If you don’t already own the game, you can grab it on either of the two stores mentioned above for USD $5/10 respectively.  If you want to know more about the new game, check out the webpage here; keep it with us for a run-down of the good, the bad, and the ugly once the Star Wars: Battlefront II open beta has drawn to a close.