The Warriors franchise has been duplicated multiple times as of late. This style of gameplay can be seen in Hyrule Warriors, Fire Emblem Warriors, and even Dragon Quest Heroes. The formula of looking super bad-ass by wiping out screen-fulls of enemies with one guy (or girl) is popular, so it makes sense that they would want to throw a bunch of skins on it. You would think that with all of these recent games using the formula that a recent Warriors game would be the top experience. Normally, you would be right. However, Warriors All-Stars has decided to forgo fine-tuned gameplay for needless fan-service and a paint-by-numbers story. 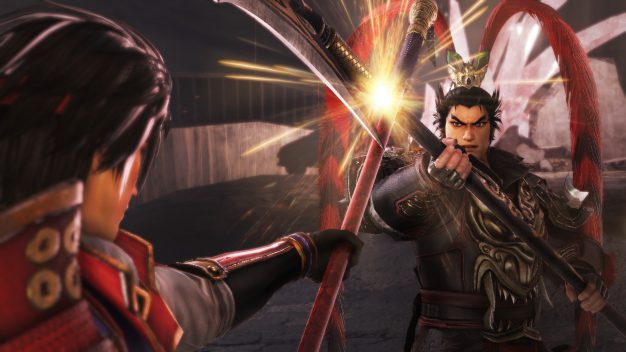 If you have ever played a Dynasty Warriors game then you will feel right at home with this title. Levels are filled with wave after wave of squishy enemies for you to smash through and objectives for you to complete. Battles are fought using light, heavy, and special attacks. Fighting the nameless grunts is easy, with most if not all of them not being able to lay a hand on you in any given battle.

Bosses are another story entirely, with most of them employing cheap A.O.E. tactics in order to keep you away from them. Then, once you get back up, you find yourself caught up in their attack all over again. So, in turn, I was forced to use cheap tactics of my own if I wanted to have a fighting chance. I walked away from battles feeling like I out-cheated the computer, not like I outmaneuvered it in combat. This mad me annoyed whenever I had to deal with someone I couldn’t kill in a few smacks. 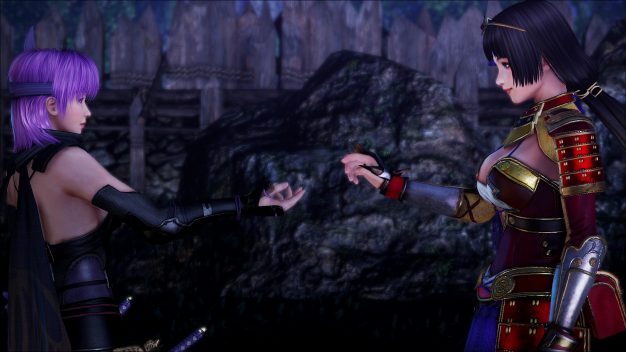 My biggest gripe with Warriors All-Stars has to be the lack of any sort of co-op multiplayer. The best part about hack and slash games would have to be taking on crazy and slightly stupid bosses with a friend. Fighting together makes up for a lot of the series shortcomings with the two of you being able to split up objectives on the battlefield.

Yet none of that is present in Warriors All-Stars. Another game that would have greatly benefited from couch co-op has been denied it. I had the same problem with Hyrule Warriors when it was brought to the 3DS, but I gave that one a pass because of the weaker hardware. But this game is on the PS4. Come on, guys! 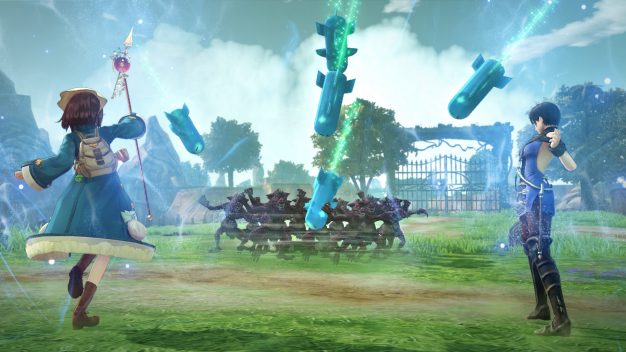 The story of Warriors All-Stars is basically a direct rip from a lot of other collaboration games, the first one coming to mind is Fire Emblem Heroes. To sum it up, creatures in the world that the game takes place in use the last of the magic of a dying power source in order to summon multiple different characters from the Koei Tecmo games in order to help them save their realm. However, in a twisty twist that almost no-one saw coming, the characters are recruited by different sides and now have to fight each other in large-scale battles. It goes without saying that everyone is stuck in this world until they can solve the problem at hand. But first, they have to survive each other.

Since the game has three different sides for you to play that adds a level of replayability. Look, I’m not saying that the story is the worst thing in the world. I would actually have to know what is going on in order to make that claim. Sadly most of the story plays out in text conversations that show up while you are in the middle of the fight. And seeing that the game was only subbed in English your choices are to pay attention to the story and give the already annoying bosses an advantage or solely paying attention to the combat and blocking the story out entirely. I picked the latter. 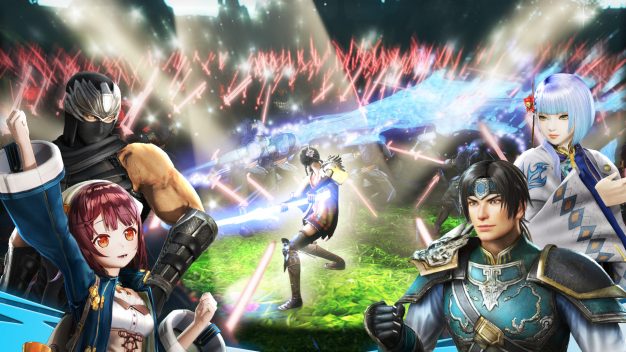 Honestly, the characters are the best part about Warriors All-Stars. From the crazy fighting style of Kasumi from Dead or Alive to the swordplay of William Adams from Nioh, every character in the game plays refreshingly well. Combos are flashy and over the top. Taking down giant groups of enemies feels just as great as it does in any other Warriors game. O

n top of that, they decided to keep the original art style of every character which makes the game look interesting, albeit sometimes really weird. It’s hard to take a battle seriously when the rest of your team starts dancing and cheering you on. It is equally as hard when you are throwing huge dice at people, I’m looking at you Rio. The environments are pretty the first time you see them but you will soon notice that you are seeing the same things over and over again. 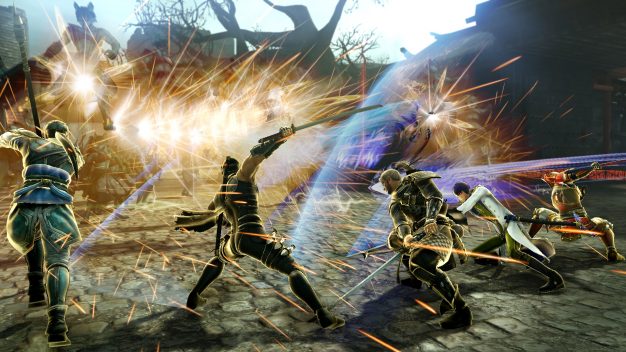 It seems that the biggest problem that Warriors All-Stars suffers from is lack of heart and ambition. Koei Tecmo had the ability here to tell an amazing story and the opted to make a soulless Hack & Slash. Its average, plain and simple.

Great characters and flashy attacks can’t save this game from being generic and boring. If you like this genre than there are things to like about this game. If you don’t, there is nothing to keep you here. Oh, and William Adams from Nioh dances, so there’s that.