We’ve all encountered our gaming nemesis at some point or another: it’s usually a terrifyingly difficult level, or perhaps a boss that just won’t follow the rules. In my case, it was a Super Mario Galaxy bonus level that involved hopping and jumping about a giant, 64-bit Luigi to collect a certain number of purple coins within a pitifully short time period. Alex Southgate, on the other hand, was lost the moment I said, “terrifyingly difficult.”

But for every intentionally fiendish videogame baddie, there are a thousand more unintentionally aggressive videogame critters, levels, or mechanics. We’ve only got room for 10, unfortunately, so here’s our list of the most deceptively challenging things ever to grace our gaming screens.

Yup. We kick off this week’s list with an object so perfectly utilitarian in nature, it often goes unremarked upon. In fact, so nondescript is this particular 2-legged demon that gamers will often employ every option at their disposal for the unique purpose of moving from the bottom to the top of an obstacle before even considering the alternative. The ladder is a vicious killer in much the same way that a sleepy airline pilot might be; through gross dereliction of duty, the ladder forces player after player to hurl themselves from tall buildings, hoping and praying that the ground will break their fall, and not their spines.

Whether it’s a master Assassin risking life and limb to scale a sheer wall, or a crime kingpin leaping from the top of an apartment block in Downtown Los Santos, the story is always the same: not two feet from the soon-to-be corpse inevitably sits a ladder, clinging to the building in a sort of smug silence like Peter Pan’s unruly shadow. 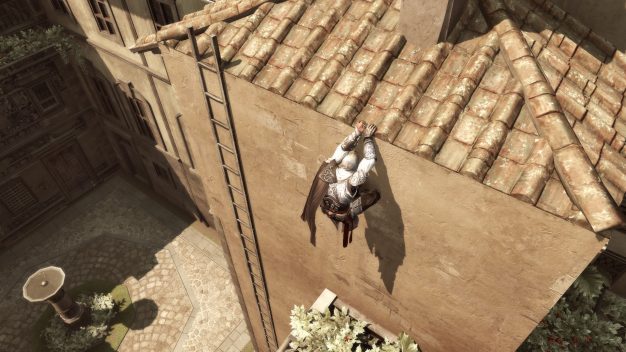 Does someone want to tell him?

For those of you who have dabbled in the slur-spewing, tea-bagging art that is the first person shooter, this may not come as a surprise. But I’m not talking about the tactical stun grenade, thrown by an opposition player that rolls to your feet as you sit cowering in a small shack. I’m not even talking about an ordinary grenade, pin pulled and throw misjudged. I’m talking about the flashbang that, whilst thrown with the most professional of intentions, takes a dodgy bounce off a door-frame or poorly placed bit of debris and quite literally blows up in your face.

Spinning blindly as the beads of sweat begin to form on your forehead, one thought goes through your mind – please God, don’t let anyone see this. Had this just been an ordinary fragmentation grenade, you’d already be dead, but there’s nothing deceptive about that. The poorly-thrown stun grenade is lethal because it’s always unexpected, and there is no chance of either avoidance or – once the white light descends – survival. And besides: it will always result in you making an ass of yourself in the round-ending killcam.

Yeah. We all cringe when we see the white screen, don’t we?

The sheer number of open world titles that this applies to is staggering. All it takes is a weapon discharged a little too loudly/swung too viciously, and the inhabitants of the local town are screaming, wailing and stampeding as they fly for the hills to escape the vicious killer in their midst. You have no intention of harming any of them, of course – you might accidentally cut a potential quest’s head off.

The problem is that these petrified pedestrians often pay no heed to where they’re stampeding. This becomes particularly problematic when they’ve all got driver’s licenses: suddenly you’re the one fleeing in fear, as the frenzied motorway traffic begins to broil and rage and you feel a little like Mufasa falling beneath the wildebeest. Or worse yet, they’re armed, in which case, say your prayers. 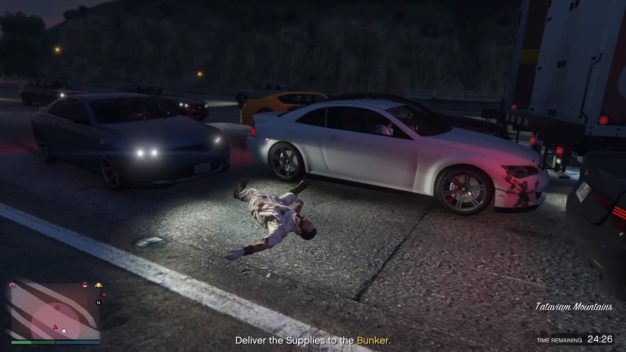 Remember all that stuff I wrote about the lowly ladder? How players would often find themselves leaping from tall buildings and praying that the ground would rush up to meet them with a crash-mat laid out? Well, physics is a piece of work, and more often than not it’s brains you’ll find on the sidewalk, not a happy healthy character. In fact, it’s not even the most Newtonian laws by which the gamer must abide. Every game has its own set of physical limitations, and woe betide any player who neglects them.

It doesn’t matter if it’s something as simple as the Forza-Turismo Conundrum (braking is best achieved via the bumper of the car in front), or the more complex Bordered-Earth Principles so common in RPG titles (you will inevitably reach the end of the world).  If you’ve the cheek to forget these fundamental principles, you’ll quickly find that the tyre wall is much uglier up close, or that being unceremoniously dumped several hundred feet from where you were is no fun at all. 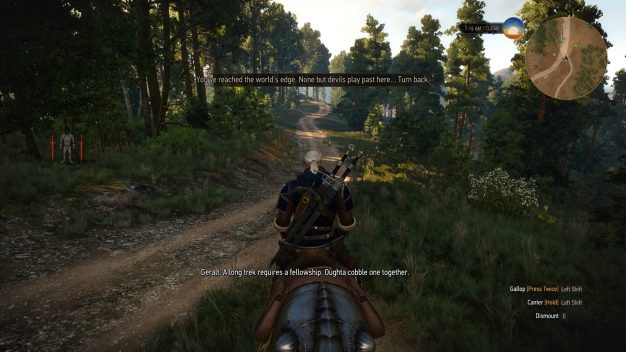 No. We will overturn the laws of– wait, was that a LOTR reference?

We’re going to get specific here for a moment, but I must confess, the most vicious killer on my list has not been identified through my own efforts; props must therefore go to the unnamed individual who realised that we’ll find our arch nemesis in the Mushroom Kingdom. And no, I don’t mean Bowser.

For between the platforming newcomers, the folks who spend too long elsewhere whilst the first level is loading, and the veterans of later titles who are adjusting to the controls, the first Goomba ever encountered in a Super Mario Bros. game has taken countless lives. Unassuming enough, that little critter has proved time and time again to be an obstacle too great for many to surmount. Keenly placed between Mario and his first ‘?’ box, there’s no chance of survival – not unless you’ve mastered the complex platforming mechanics in mere seconds… or have already died and begun your second attempt a little wiser. 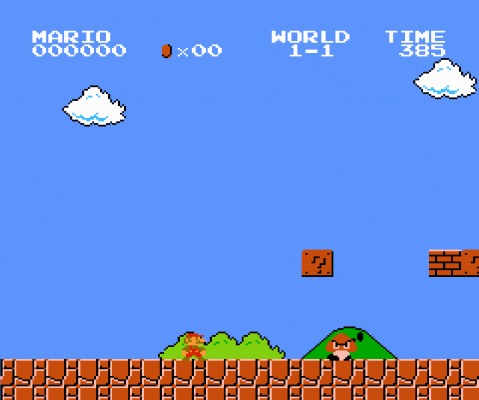 I know it’s hardly original, but OH BOY is it accurate.

Over to you, Alex.

6. Mechanics That Don’t Belong In The Game

Now this is one of those “that better not be intentional because if it is it’s just cruel” things. I doesn’t matter what game you’re playing or what genre you’re in, you expect this lovely little thing called “flow.” The game teaches you, it nurtures you, it makes you feel all warm and snuggly like you know exactly what you’re doing. Then it boots you off a cliff. Whether it be a random racing level in an RPG or a platforming level in an FPS, you can guarantee that you’ll be dead and raging faster than you can say, “who the hell put that there!?” 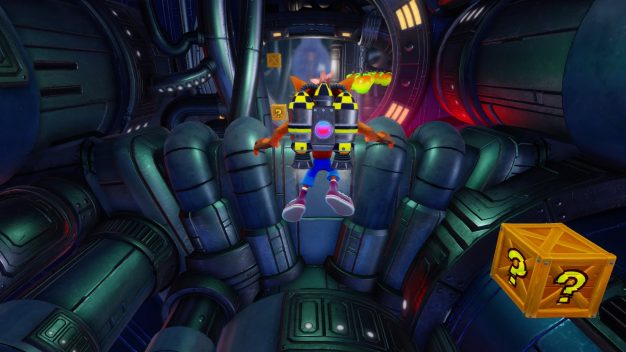 Clocks belong on your mantle piece or your bed side table, they do not belong in videogames. It’s all well and good timing you for something but can we please find a less painfully heart attack inducing way of doing it than a big red flashing clock? These are normally also dropped into games at junctures they don’t belong in (see the previous point): you know what you’re doing perfectly well but for some reason when you’re doing exactly the same thing while something is ticking down in front of you, your fingers suddenly decide they are no longer part of your body and refuse to do what you’re telling them to do.

The clock should be there to give you an idea of how well you’re doing, not have the foreboding presence of a grim reaper whispering how many times and how quickly you’re going to die into your ear. 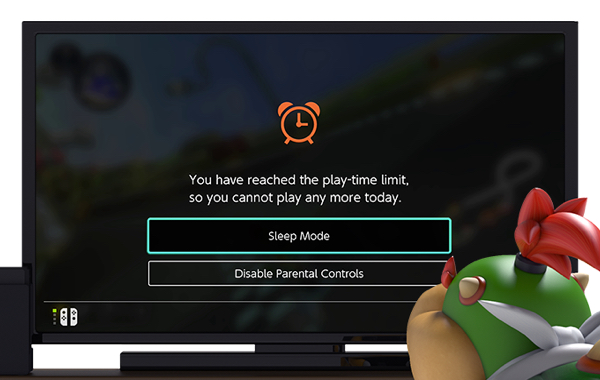 I’ll be honest, this is the worst kind of game-timer out there.

Okay let’s take every RPG we’ve ever played ever. We’re given a quest and told explicitly which way we need to go to complete that quest. We’re tootling along quite merrily then we find the fork in the road with the sign sticking in the middle of it. This sign obviously points in the direction we need to be heading, this is fine. The problem is that it also points in a completely different direction to a place we haven’t seen before. Do we think, “I’d probably better come back here later. I’ve got something really important I need to be doing now.” Of course we don’t.

We might as well just be thinking, “Sod the quest that I need to pass to be strong enough to venture elsewhere, I’ll just follow this sign, completely waste an hour and get eaten by all the things I’m nowhere near powerful enough to be facing yet.” It’s not directly the fault of the sign; the sign is informative. This is just a basic piece of advice. Do not give gamers choices – we will always make the wrong one. 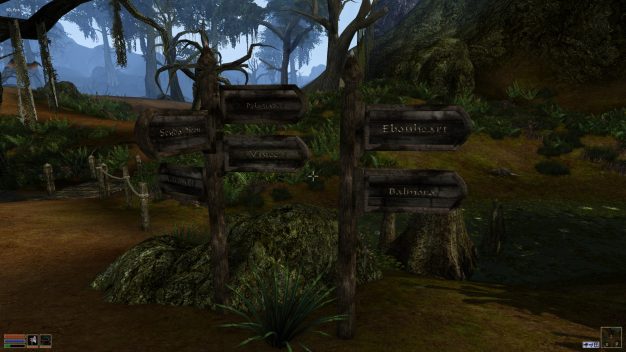 I don’t even care where I was meant to be going: look at all those CHOICES.

Oh boy, the insidious button. This innocent looking little object has seen the end of many a character. The button itself is completely harmless, I mean it just sits there … it doesn’t speak … it is what it is. The problem is that buttons are beckoning us to push them. In many games it only takes a bit of thought to work out that something is trapped and that the really obviously big glowing red button probably isn’t the one that we should be hitting.

The problem is we don’t look further than its shiny metallic surface to the whopping big bomb it’s sitting on. We don’t look at the floor beneath our feet for the tile that just doesn’t look quite right. We stick out a finger and push. We end up smooshed and then for some really inexplicable reason we do exactly the same thing again expecting a different outcome. The more I’m doing this, I’m realising that actually these things really are innocent … as gaming folk we really need to grow a bit of common sense.

“Oh. I wonder what that does?”

Leave the chickens alone! There is nothing more innocent than any small defenceless animal that is doing absolutely nothing other than existing. It might be a fluffy rabbit or a cute little chicken. If it can be killed but we have no reason to be killing it we have to ask why it’s in the game. We have learned that killing completely defenceless wildlife has consequences. These range from something as simple as an entire town hating your guts to something that isn’t little, cuddly and defenceless hunting you down and using you as a tooth pick. How can something so furry lead to so much pain and misery? Well, we only have ourselves to blame for that one, now don’t we? 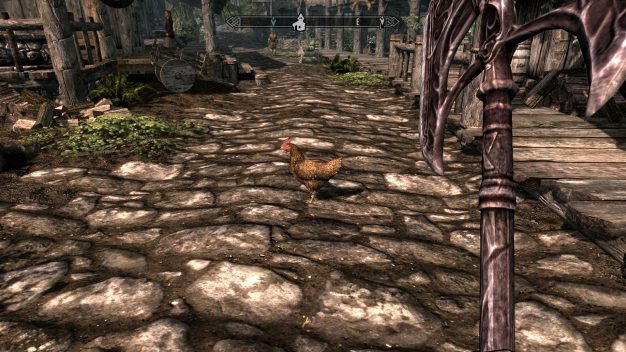 What’s the worst that could happen?

So there you go. This could have been a top 50 or even top 100 list and I’m sure Will and I could go on and on for quite some time. Just think though that these inanimate objects, offending additions and less than evil enemies are far more lethal than they truly seem. When you’re in your favourite gaming world next, take extra care. The things that could be your greatest foes might also be the most inanimate and banal.