If you’ve owned a mobile phone made in the past 7 years, there is virtually no possible way that you haven’t heard of the most popular mobile games. You’ve got your Angry Birds, your Clash of Clans, your Flappy Birds, and most importantly (at least in the context of this article) your Fruit Ninjas. We have seen these apps stray from their mobile comfort zone in the past with ventures into arcade cabinets, TV shows and feature length films to varying levels of success.

However, Halfbrick Studios and Lucky Duck games are going a slightly different route with Fruit Ninja by leaping off the phone and onto your table with a line of board games. 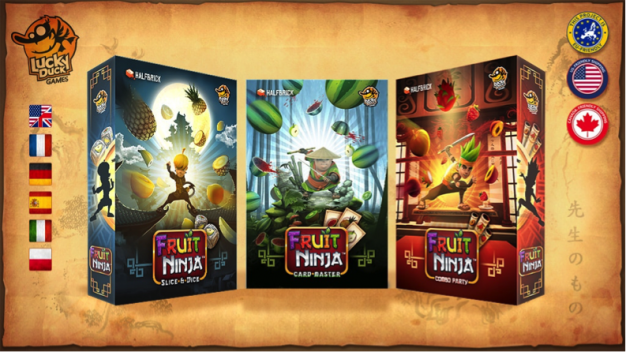 Now I know what you’re asking, “How can you make a Fruit Ninja board game?”; which is a fair question. After all, the app is all about swiping a screen which wouldn’t exactly make for a thrilling tabletop experience. However, in a daring move, Lucky Duck sidesteps this hurdle completely by making the board games have nothing at all to do with the gameplay of the apps.

In a Kickstarter campaign that launched and received 100% funding within the same day, Lucky Duck Games outlines how they landed on the board game adaptations. After collaborating with 50 board game makers and reviewing 20 separate prototype builds, the game studio narrowed the Fruit Ninja table top series down to 3 games: 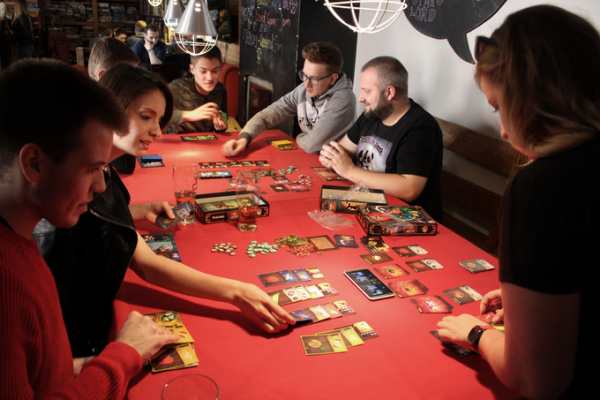 You can check out the official Kickstarter page here which will outline how to play the 3 games as well as give a pricing breakdown for potential backers. While board games may be the last place I would think I’d see tap based mobile games heading, at this point I’m more surprised more of these big-name apps aren’t branching out in a similar way.

If you really break it down, mobile games have more word of mouth and brand recognition due to the massive install base of potential players. More of these games should be leaning all in to products based on their license like Angry Birds has already. I’m talking about Clash Royale plushies, Mobile Strike Lego sets, Game of War action figures; I want it all.

Your move mobile developers, you can thank me for the million dollar idea later.